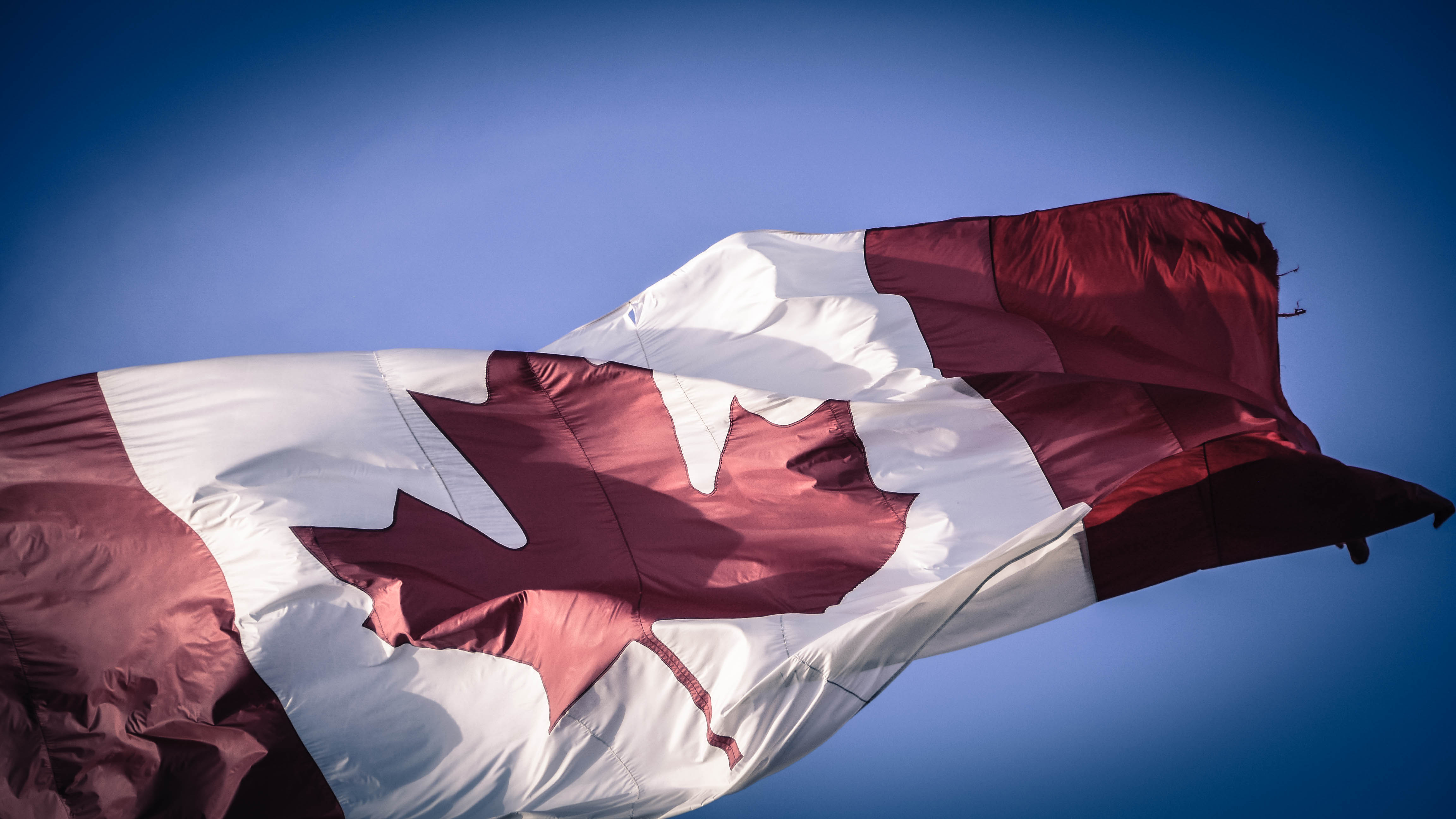 I was a little shocked when I checked out our last blog post. A combination of living off-grid, less-than-stellar connection, organization of our trip and the finality stress of actually leaving Europe has kept our hands full.

I wholeheartedly apologize for the lag between posts. Hopefully we’re getting back on track and back to our version of normalcy. Grin. Instead of going into vast details, I’ll try to give a short summary for each step in our latest adventure. 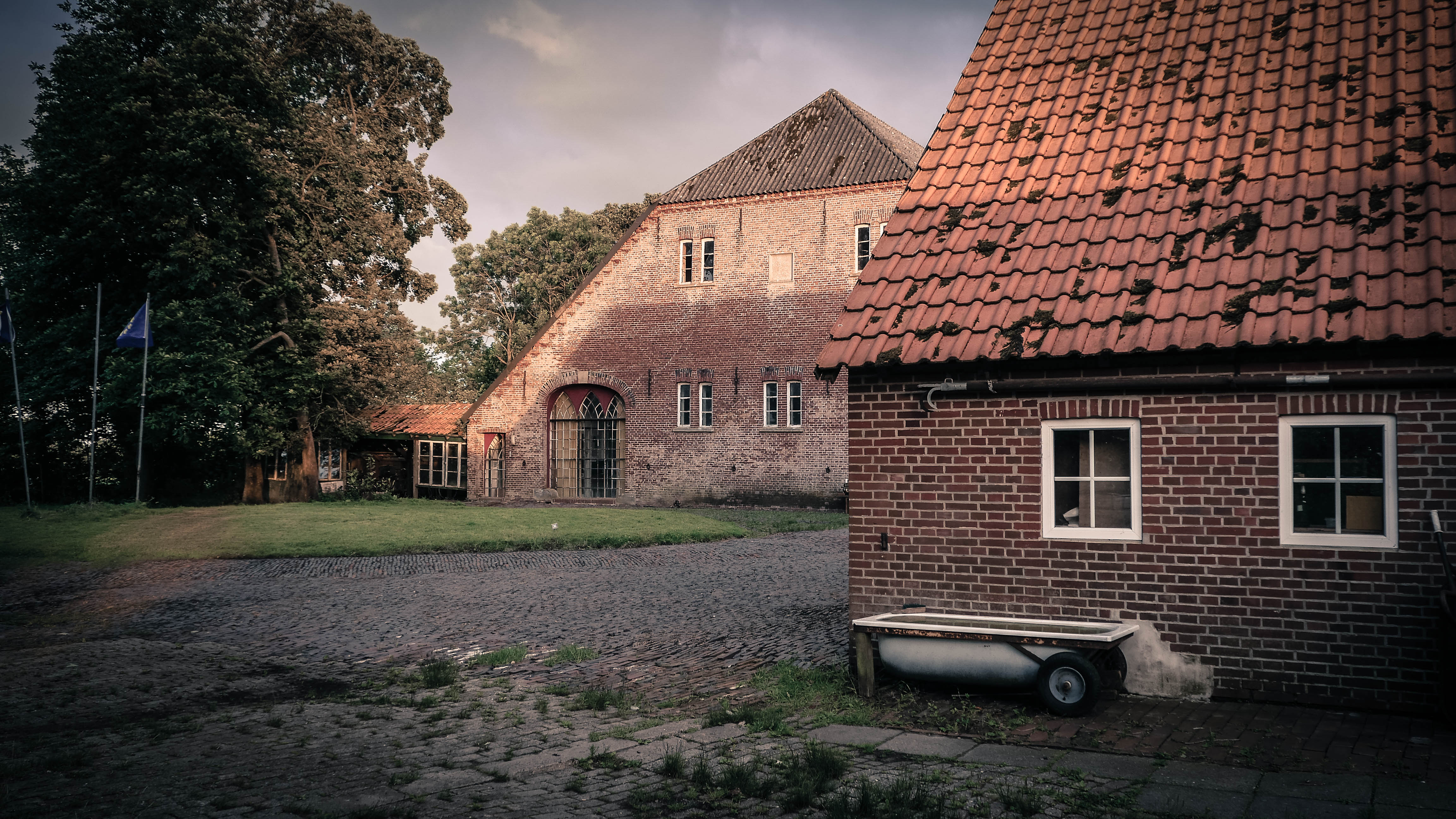 Wwoofing next to the North Sea

We stumbled across an environmental science station that accepted work in trade for stay. They were wonderful to us and we both enjoyed a foray into the physical side of life. I weeded strawberries and prettied a cottage; Armando hauled soil, cut grass and was pretty much a Jack-of-all-farm trades. We really enjoyed ourselves. 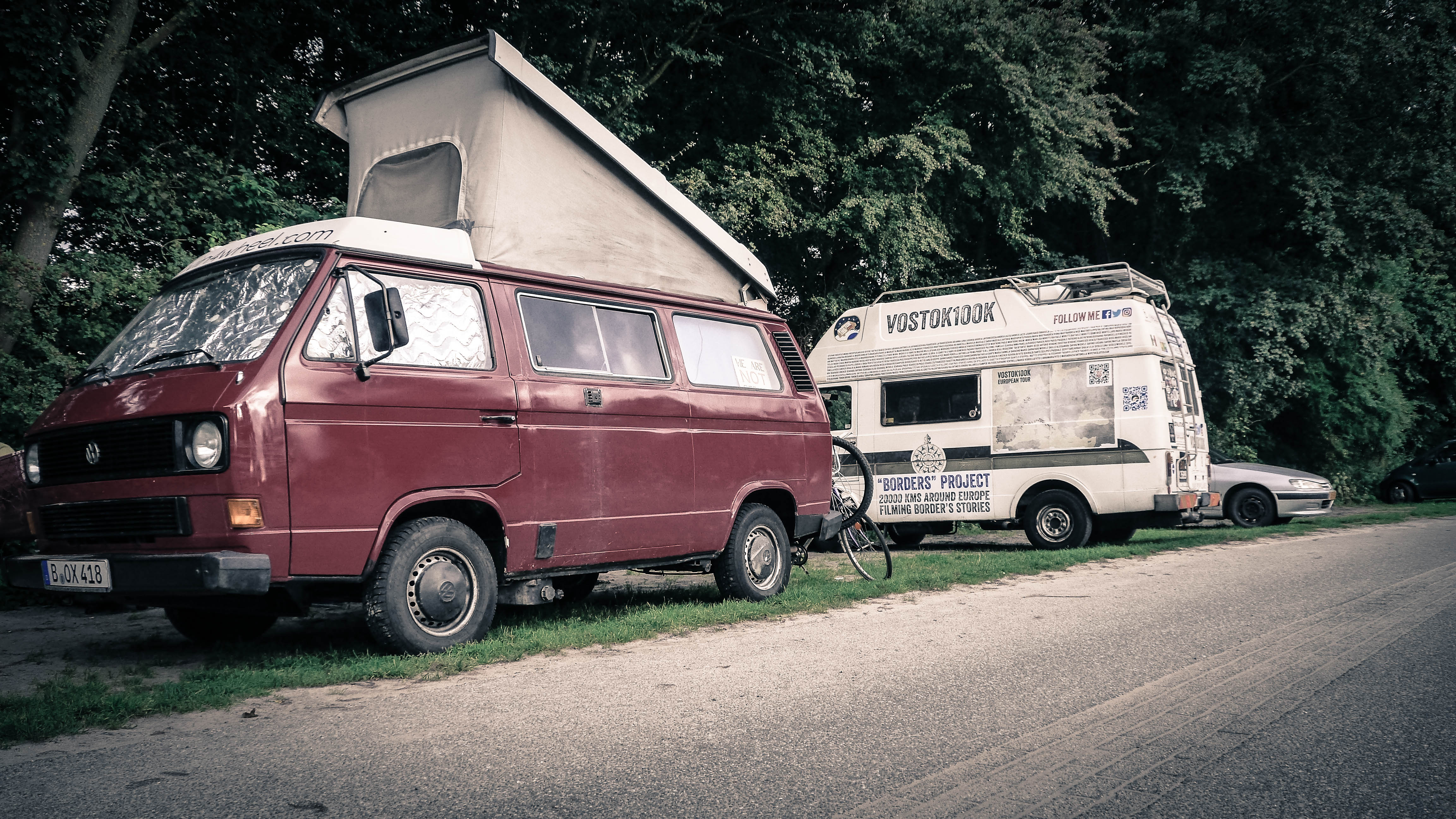 We used Blablacar to get a ride from Bremen to Amsterdam from a friendly Iranian couple. It was a very tight squeeze, mostly due to the new dog carrier we’d had to buy for the flight.

We met up with Crom and Velina of Livin 4 Wheel, who had so kindly offered us a stay in their van for the few days we had to wait for our flight to Toronto. Those days were filled with engaging conversation, contagious laughter and it was a new experience to stay in someone else’s van. (Thanks again, guys!) 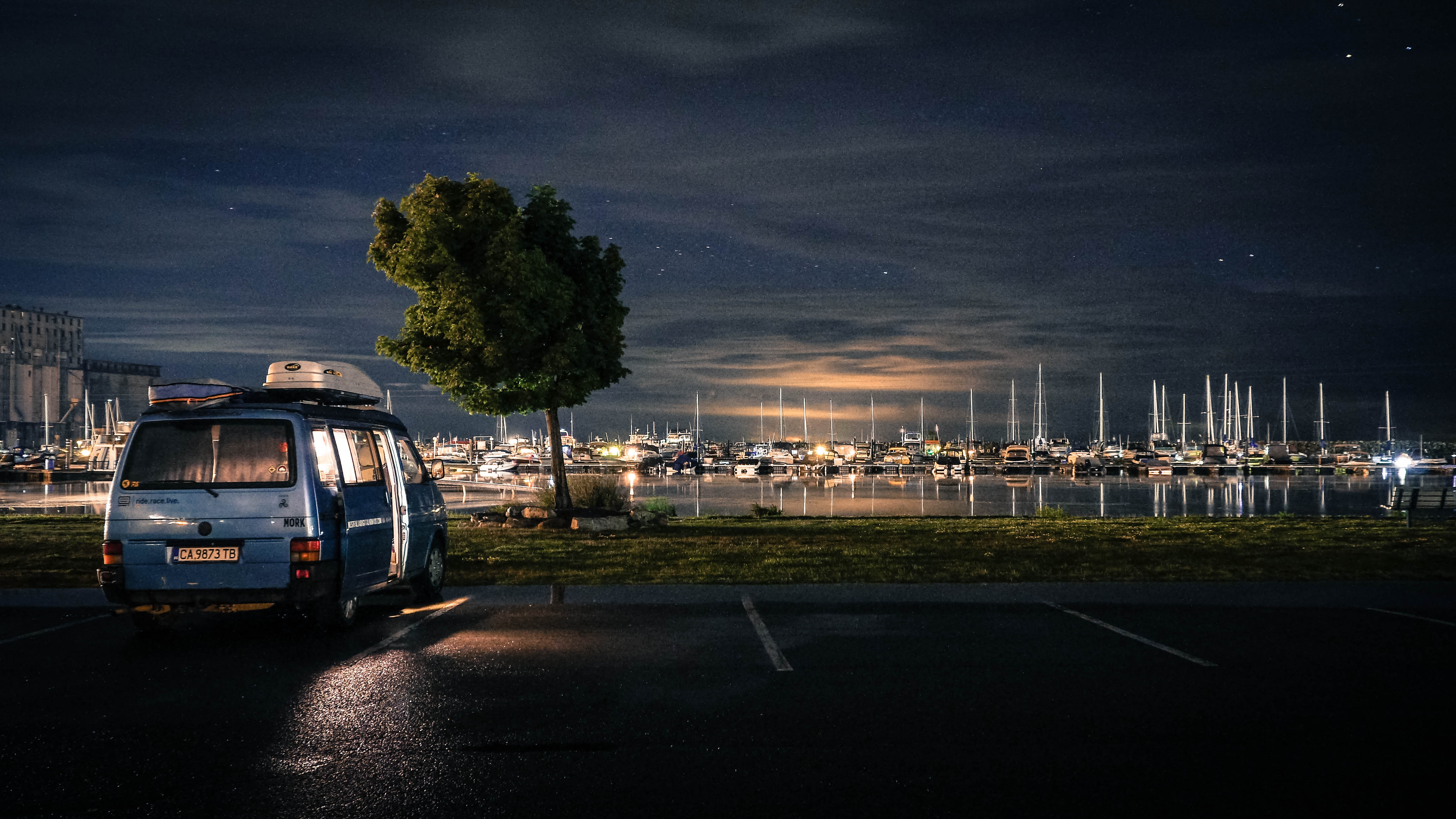 One of the numerous hiccups we’d had in organizing our trip: we couldn’t fly with Ziggy from Toronto to Halifax, but we’d already bought the tickets. They refused to refund them. Our solution: me and Ziggy to stay in Toronto at an Airbnb while Armando flew singly to Halifax to pick up Mork.

We’d planned on staying with Rita and Norm’s place (lovely, quiet and nice atmosphere) until Saturday, but Mork broke down. 3 mechanics and 2 tow trucks later, Armando finally made it back to Toronto Tuesday night. But there was still something wrong with our van, and the Canadian mechanics* had managed to make it even worse.

We’re next to the lakeside of X, which is close to a T4 mechanic. We’re meeting him tomorrow to see if we can (finally) get Mork fixed to feel we can safely make it to Montana.

We went to see Niagara Falls, which was bizarre. It was like a mini-Vegas on the walk to the Falls. Each door screeching to come in, arcades, haunted houses, casinos and a big ferris wheel. Not at all what we expected.

Free camping here is also not as easy as we’d assumed it’d be, but we’ve managed. A nice surprise was the vast amount of free WiFi that’s available nearly everywhere, even in teensy towns. 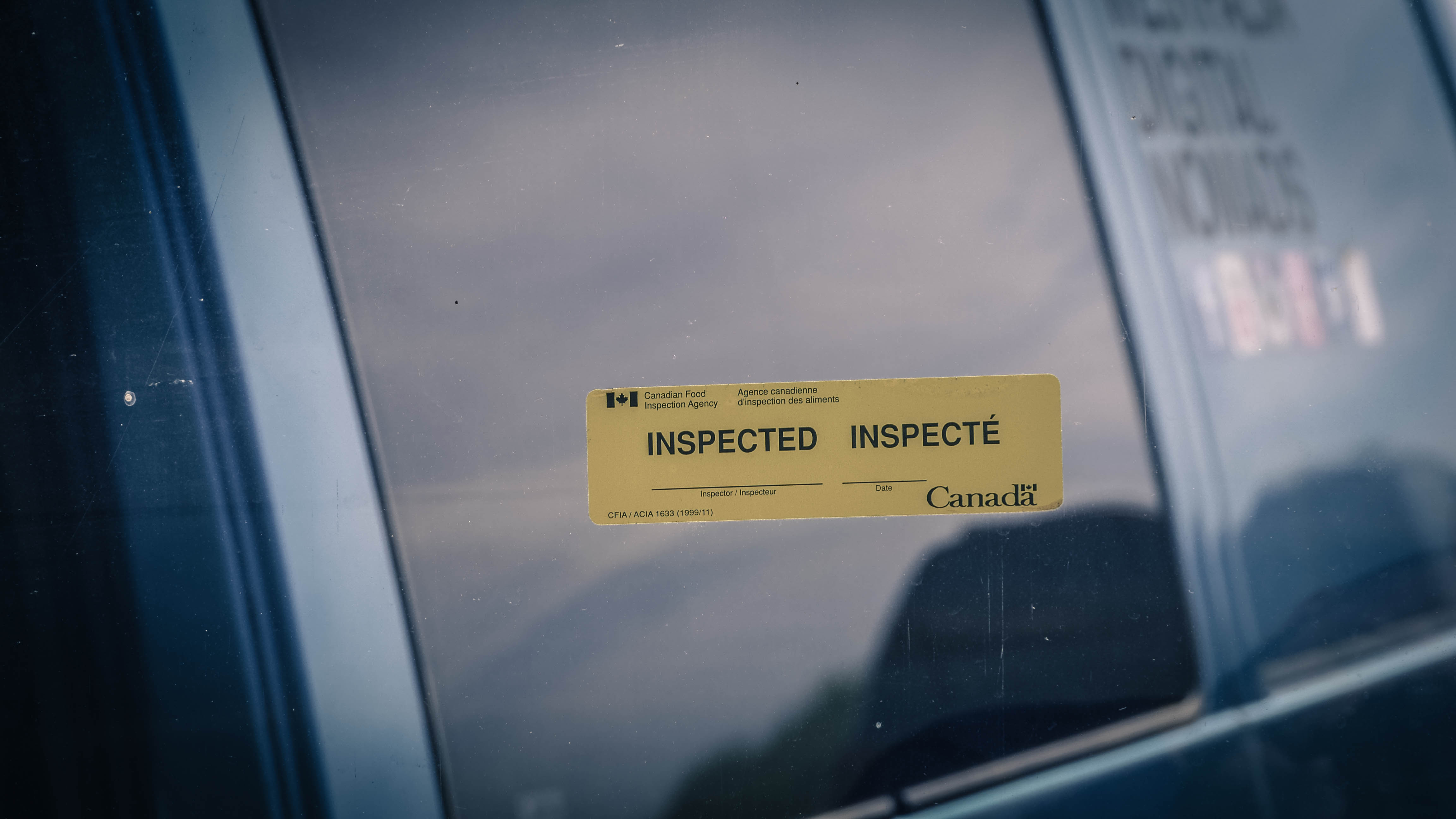 Europe to Canada: Costly, But Worth It

Needless to say, the loss of the tickets (it wound up being $700 total for 1 one-way ticket, a 2-hour flight, from Toronto to Halifax); the mechanics, so far ($1,000+); the insurance; the shipping plus taxes (2000$) and the basics of fuel and food for a 4,000km trek across Canada has almost drained our cash reserves.

It’s been a rollercoaster of emotional turmoil and questioning if we made the right choice in coming over here. Those are the dark moments, the questioning. Yet most of the time we’re both content- even happy- to be able to explore North America.

It’s so different from Europe, with little and large oddities. Canadians are so refreshingly friendly. Everyone says ‘Good morning,’ or ‘Hello,’; a lot of people are curious about us and aren’t shy to ask; there’s absolutely NO bias against our Bulgarian plates; we’ve had more help than we can count already, from strangers; and they’re wonderfully chatty.

In Ontario, if you want to visit any wildlife refuge/reserve, you’ve got to get a permit. Nobody really walks anywhere, and in some places it’s absolutely impossible. Everything looks like a short trip on the map, but the reality is driving on. And on. And on. Ha.

It’s also a lot of too-too in some ways. The drinks, the portions, the 10-for-1 are a little overwhelming. Oh, and you can only buy beer and wine from specialized shops, plus having an open container (even if parked and sitting in the van) is illegal.

Those are all minor things. The people and the countryside have really impressed us, much more than expected. It’s a beautiful country and we’re back on track. Excited to have our next North American adventure!

As always, thank you so much for being part of our journey. It inspires us. Grin.

Come With Us: Netherlands

Come With Us: Belgium