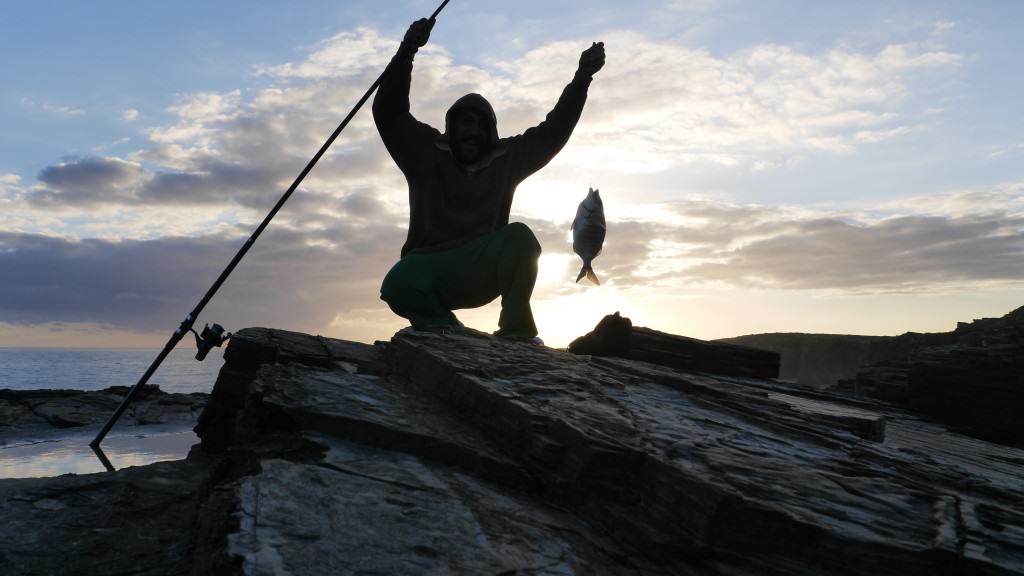 Galicia and the Dangers of Fishing 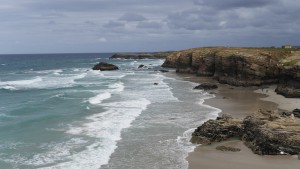 Galicia is our fifth (I think-?) region of Spain we’re discovering. It has cool things like Cathedral Beach (too touristy for us right now, but check it out in the off-season) and a town named ‘Foz.’ We’re parked in a beach inlet, away from the crowds, where I can sunbathe when the sun deigns to show itself and Armando can fish.

Those of you that have been following our adventures might recall Armando had lost his rod to the highway. He recently purchased another, with a few bells and whistles, and has been on a fishing streak since.

And he’s been catching loads. Lots of golden sea bream. In fact, I wouldn’t hesitate to say we’re nearly ‘fished out.’ There are only so many ways you can make fresh fish, which is surprising maybe, but keep in mind we don’t have an oven to experiment with and we haven’t been in places where we can grill outdoors. So.

On the other hand, it’s so very cool for Armando to have a relaxing outlet for when he can’t go surfing. He’s a little (hyper) active, and it gives him a chance to just be. Him and the sea. Or salt lake, in this case. I find it a little funny we’re next to a salt lake which is next to the ocean… Anyway, yesterday had us return to the kind services of another Spanish emergency room. 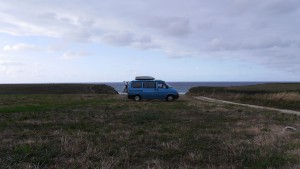 I hate to admit it, but it was finally not me. Ha. The weather here, when it isn’t sunny, is overcast and muggy. It’s still warm, but it’s also: damp. Dank. Soggy. Dew-coated. Armando went fishing, and the next thing I know I hear him scream my name as he hobbled towards me with blood all over his foot. My first thought was he’d hooked himself with the line. Until I saw his big toenail hanging by the thought of a thread.

He’d slipped on the rocks and somehow managed to tear his entire toenail, down to the quick.

We went to the emergency room in the next town over. He was put on a drip because his blood pressure had plummeted. It might seem minor- a toenail- but in truth, it was kind of scary. No one spoke English. Trying to do the paperwork. Two hours in a hospital. The doctor was cool, the nurse was even cooler. 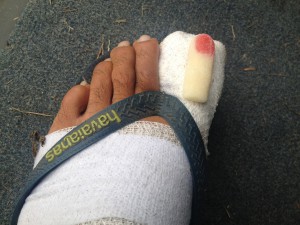 Guess what my hubby is doing, right now, as I write this? Yep. Fishing. Grin. If he had a middle name, it’d be ‘persistence.’

The reason we’re in this actual spot, by the way, is because our friend Nacho recommended it to us. A fellow named Oscar organizes and runs a beach-cleaning program called Cogetres and Armando is really interested in natural preservation. I see an interview coming at some point soon.

That’s it for us, for now. Thanks for coming along with us on our adventures. We’ll be in touch soon. Mel, Armando and Mork (and Armando’s toenail, by the by and ugh) (ha)