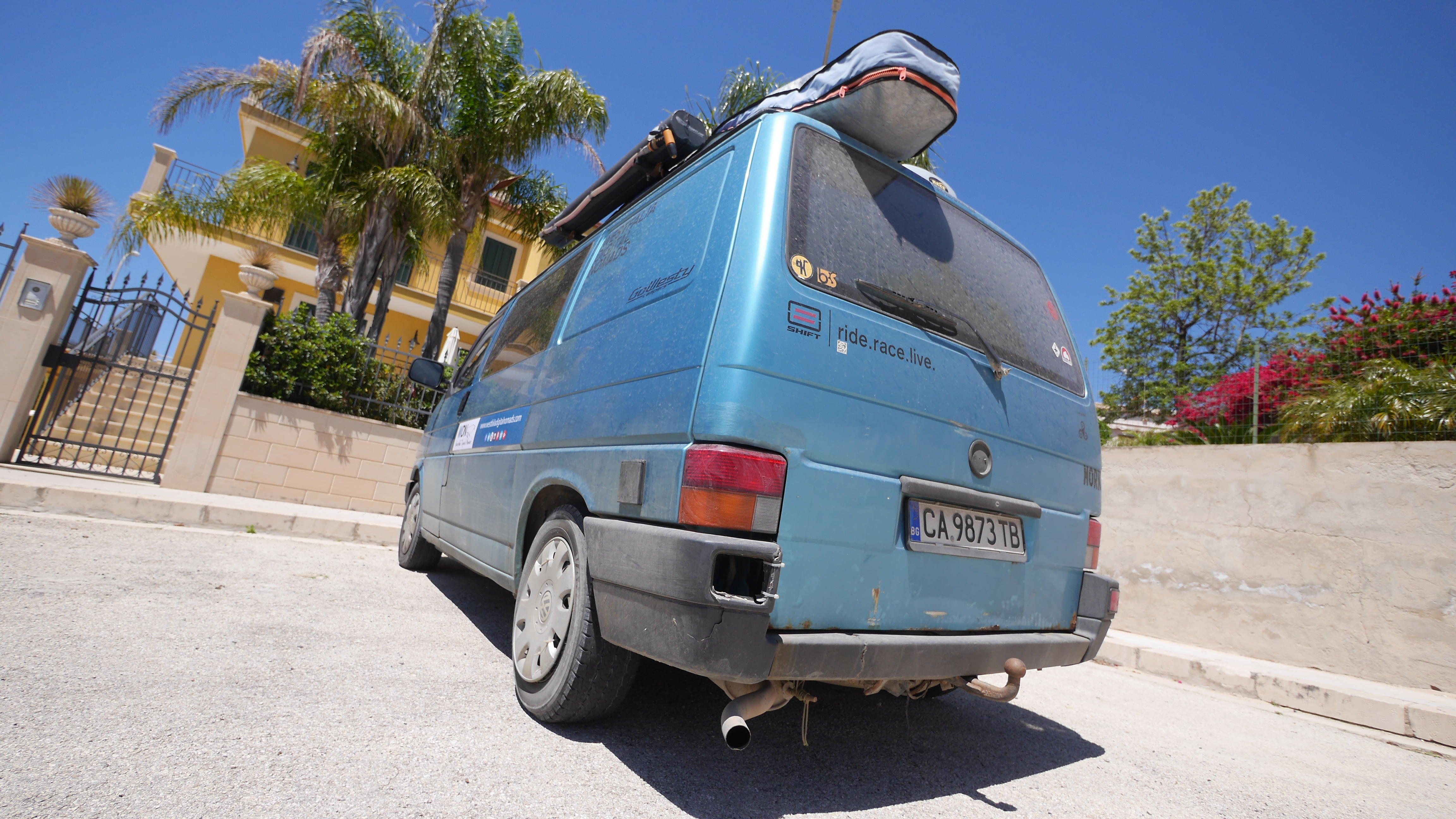 The last post we wrote finished up with our excitement about being chosen for a workation in Sicily. It was our first, and we’d no idea what to expect.

Our understanding of workations in general were: you paid to fly to a location, stayed at a co-working space and if you were lucky, you might meet like-minded people. Or not. You might work together to brainstorm. Or not.

But part of the reason we were so interested in taking part in this was how it was different. The people chosen were professionals specifically picked for their specialty. It was paid. And we’d all be working on one project, as a team, for 10 days.

Of course, it helped that it was about sustainable tourism (a personal passion of ours) and it was based in Sicily, our heart away from home.

It was a more intensive, more inspiring and deeper experience than we’d imagined.

The Reason Behind Our Workation in Sicily 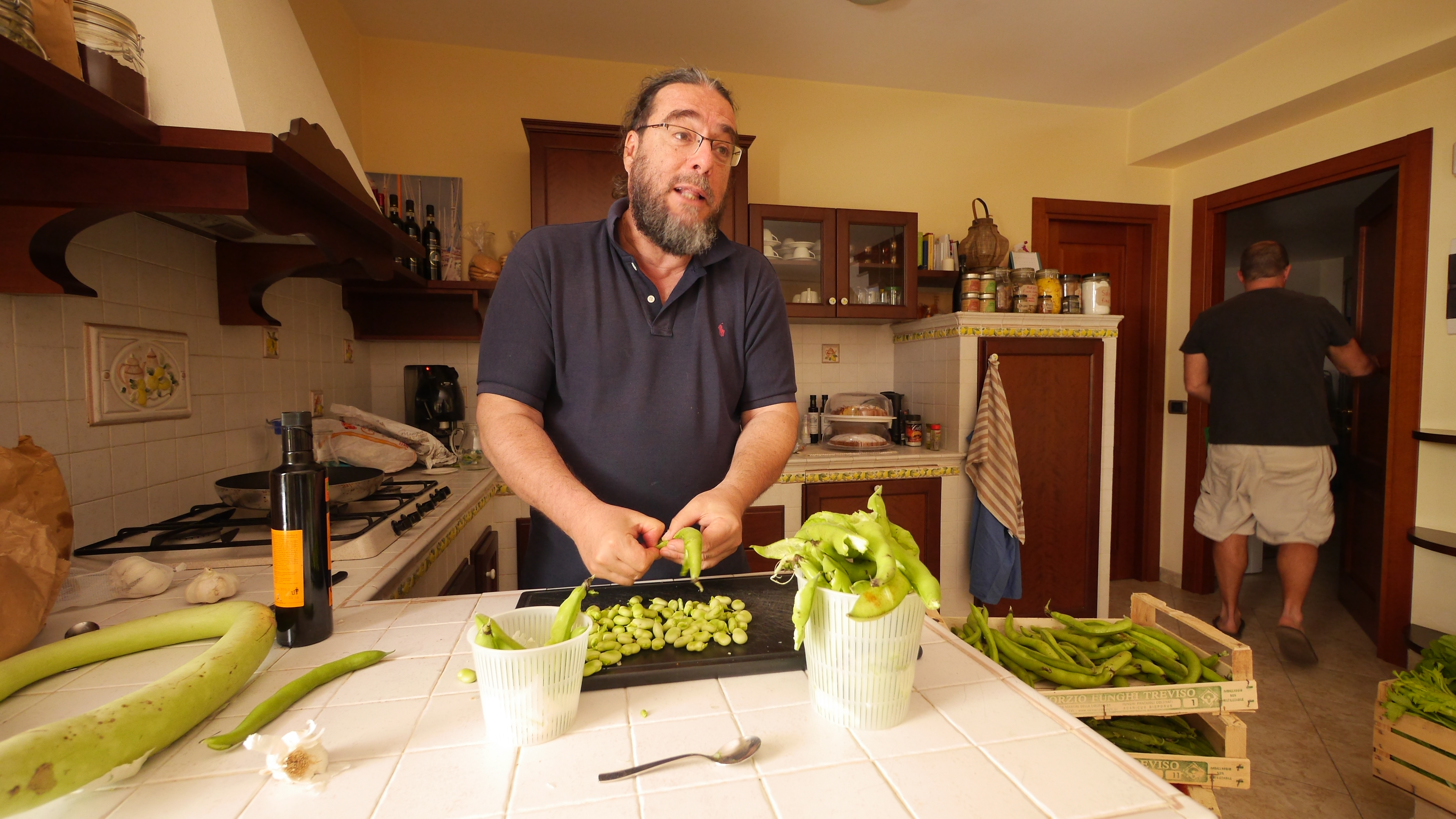 A little about the background of the project. ConsumelessMed is a partnership between Mediterranean territories (Gozo, Naxos, Saranda, Realmonte, Velez-Malaga and our focus, Ragusa). The aim is to raise awareness of the affect tourism has on the coastal regions, not just environmentally, but culturally.

Basically, it’s about being mindful. Respectful. And discovering how the local traditions can add meaning to your visit.

I was the only American in a team of Italians, but I never once felt like an outsider. In all, there were 9 of us: Barbara, head of the project; Alberto, the project manager; Carlo, the web designer; Toni, the graphic designer; Giulia, the storyteller (writer); Chris, the social media manager; Eleonora, admin help for Alberto; Armando as filmmaker; and me.

My official title was as a copywriter, though it was pretty fluid. It included editing, SEO, writing and doing the voice over. See, fluid. Grin.

How Our Sicilian Workation, Well, Worked 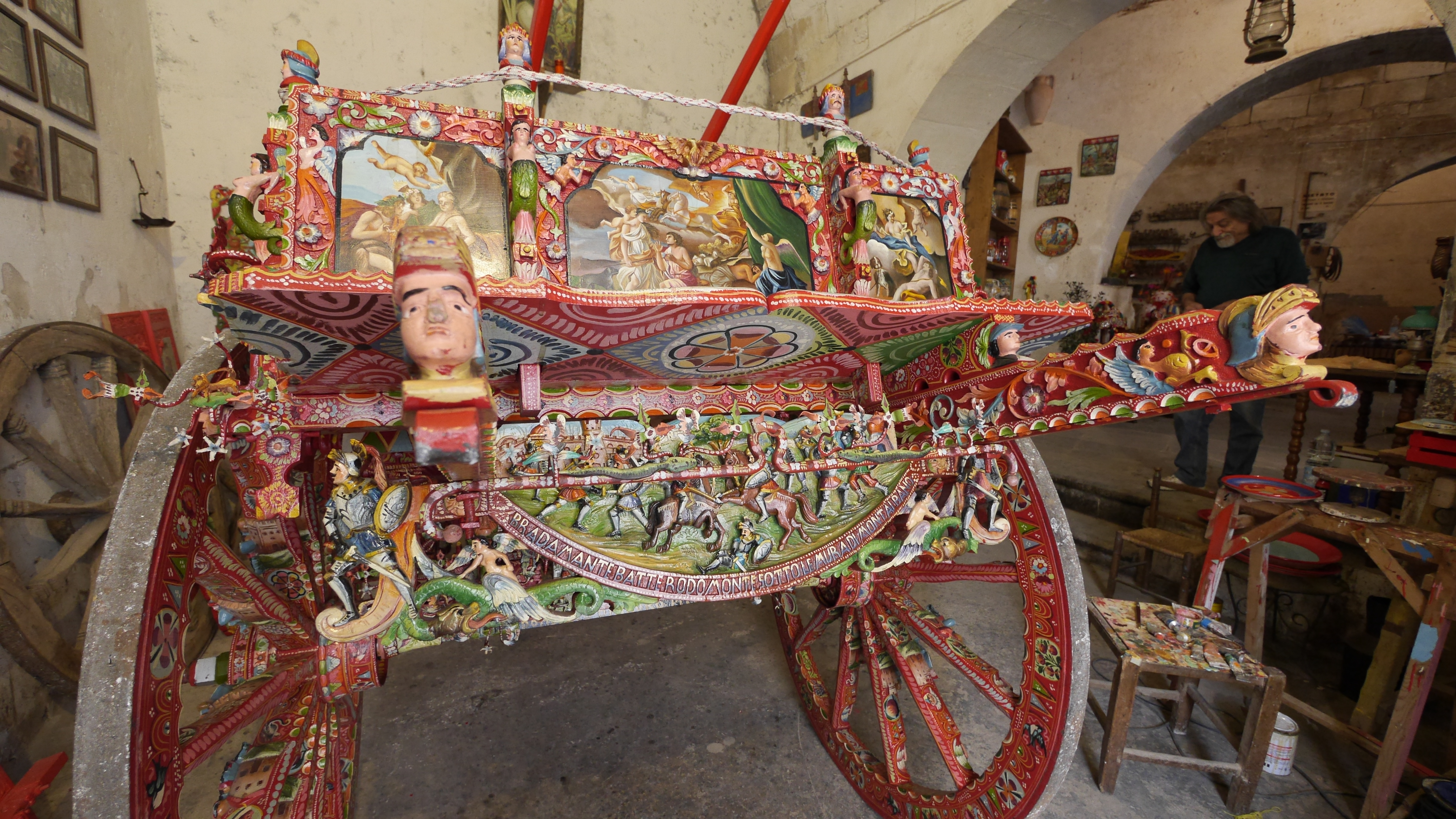 The schedule depended on whether it was in-house or on the road, i.e. seeing local places. We went to Ragusa, which is famous for its baroque architecture. But the locals we met were more fascinating.

Traditional cart makers, that carve everything by hand and paint with historic detail. The ‘neighborhood of synergy,’ a brainchild of the wonderful Marco and Peppe (see links below), both organic restaurateurs. A T-shirt shop that has slang old-school phrases in Sicilian as taglines.

Outside of Ragusa, we also visited Realmonte, Modica (Modica ;)) and Scicli.

Scicli is one of the prettiest towns you’ll ever see. It was made even more special for us because we were invited to dinner at Mediterranean Hope, the refugee center, where Armando got to show off his drone skills and we were able to hear some of their stories.

I could go on, and on, and on… so many experiences trapped into such a short time. Don’t forget, amid all of the wonderful ooh-la-la, we were all working full time. Sometimes from early morning to night.

Thanks to Toni and his amazing culinary skills, though, we never went hungry. There was a daily delivery of fresh organic local products, and he was a wizard at using them to their fullest.

Yeah, I suppose that’s another workation memory: the food, all of the food, was just so damn yummy. 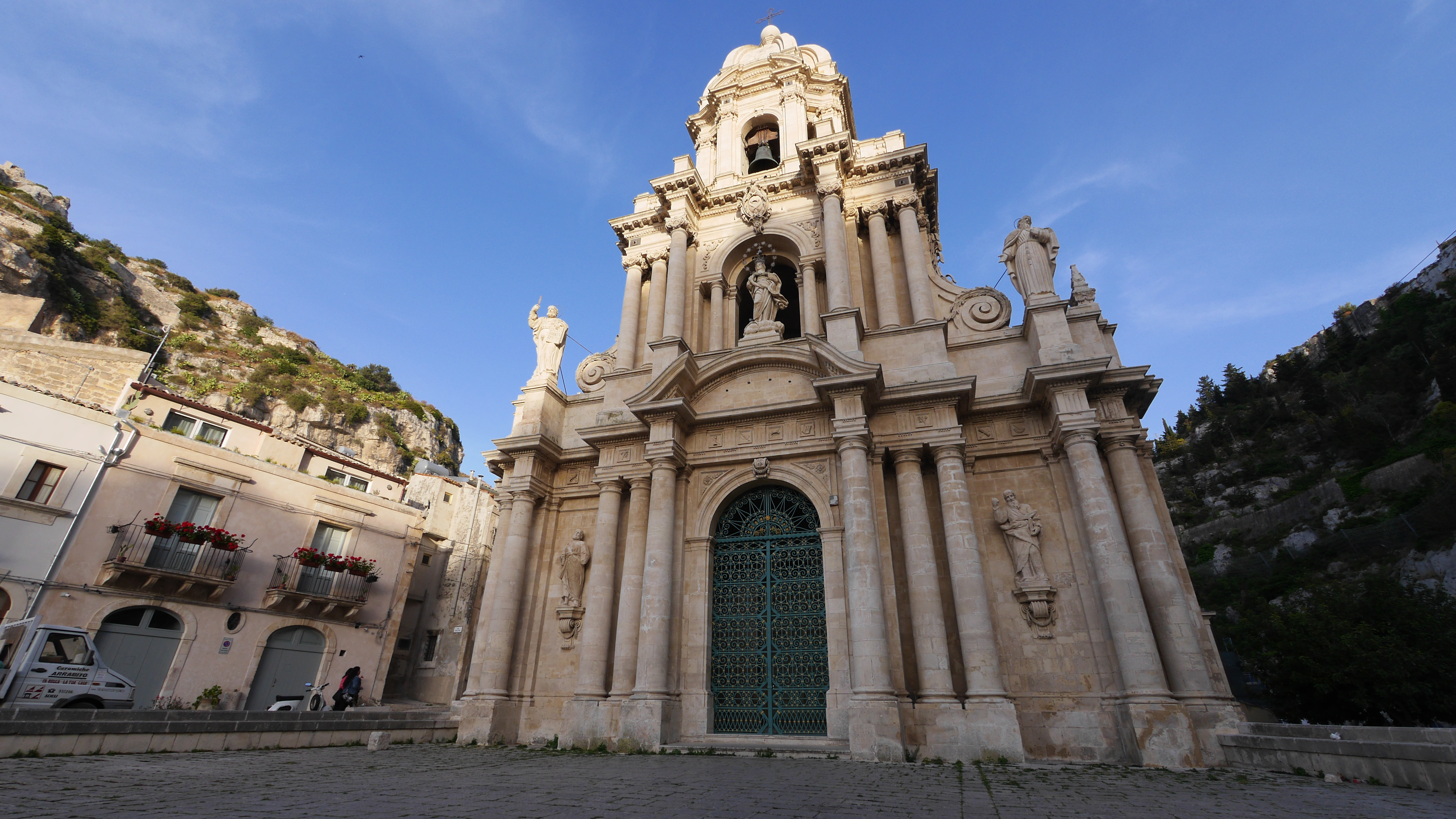 There were hiccups. How can there not be, with 8 people – mostly strangers, before this point – living under one roof? The hot water was solar-heated, which meant a lot of luke-warm or coldish showers. Tempers slightly flared feeling the pressure. It was fairly difficult to find ‘me-time.’

Yet the workation in Sicily was an amazingly positive experience. We got to know each other. We worked well together, for the most part. We laughed more than I can remember recently. My stomach is still sore, I swear. And we all gained a new perspective, perhaps a new respect, for each other’s skills. 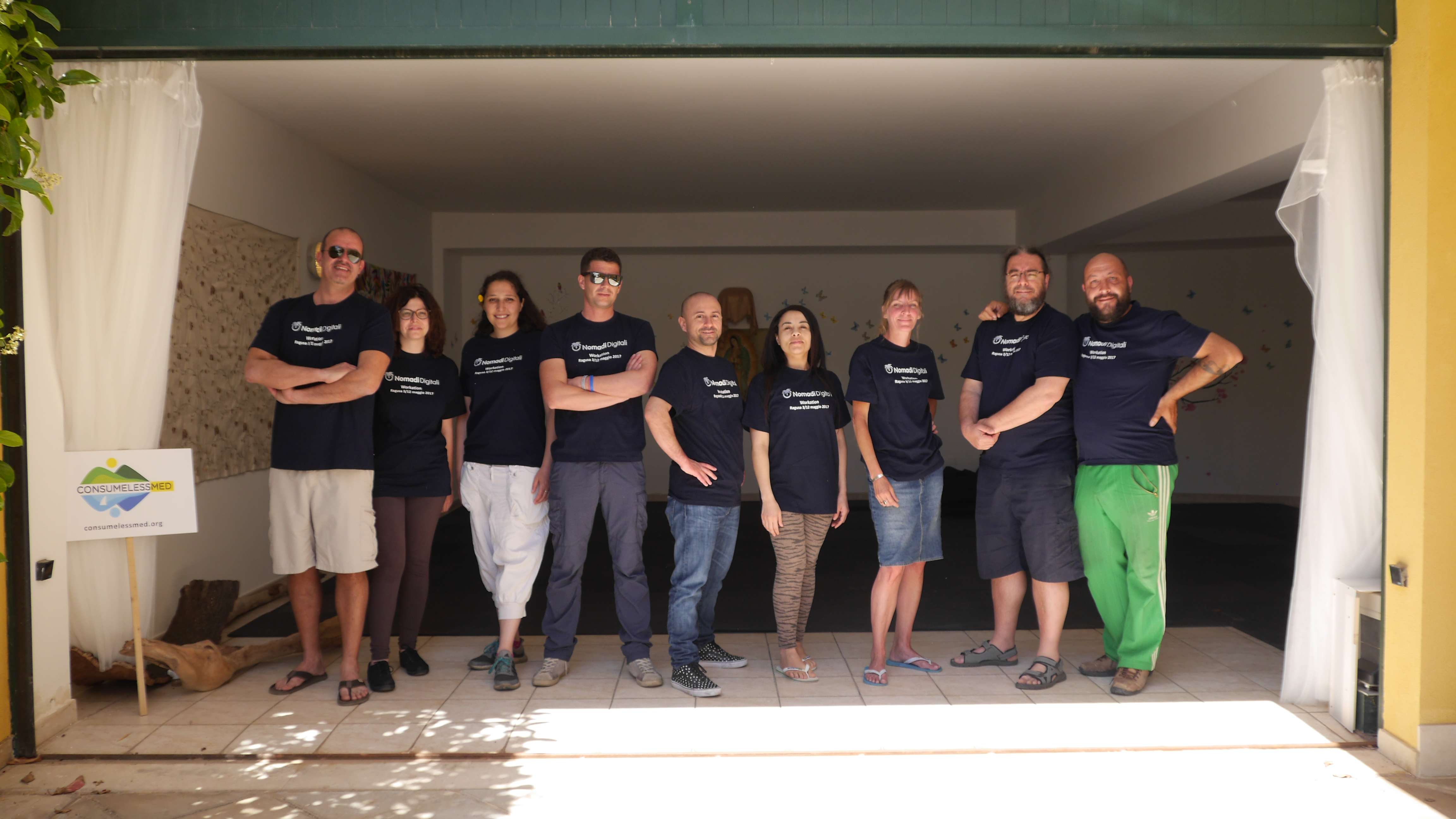 Against all odds, I think we did a great job. In such a short time, we pushed ourselves. We stepped in to help. We brainstormed. We bickered about nuance. We were a team, in every sense of the word, for 10 days.

I’m really proud of the (semi) finished product for ConsumelessMed. We’re both inspired by the workation in Sicily – and we’re already making plans for branching the experience we had into the future, for future projects.

I’m also going to be eternally grateful for the chance to meet – and work with – some exceptional people (thanks, guys).

And here you can see the exquisite beauty around Ragusa that Armando translated into a video:

That’s it for us now. Safe travels, all! Mel, Armando, Ziggy & Mork

Have you ever been on a workation? What was your experience like? What would you have changed? We’d love to know – tell us in the comments below!

Acknowledgments (AKA Check These Sites Out):

And if you’re ever in Ragusa, must dos:

A Roman Holiday: Pompeii, Fab Friends & Workation on the Way

Vanlife Travel: Our Top 5 Places to Travel in Europe