The Po Delta and a Sponsorship- No, Two-!

We spent our Easter weekend at the Po Delta. We started our mini-vaca by stopping by C-Lover to chat with Alessandro, who does the coolest campervan conversions in Italy. They’re based in Vicenza.

We’re looking at collaboration of some kind with them. They’re on the same page, so to speak, as we are we just have to figure out the details. I think Armando’s hoping for Mork to get a little pimped. Ha. If I’m honest, I am, too. Whatever happens, we always like meeting new people. 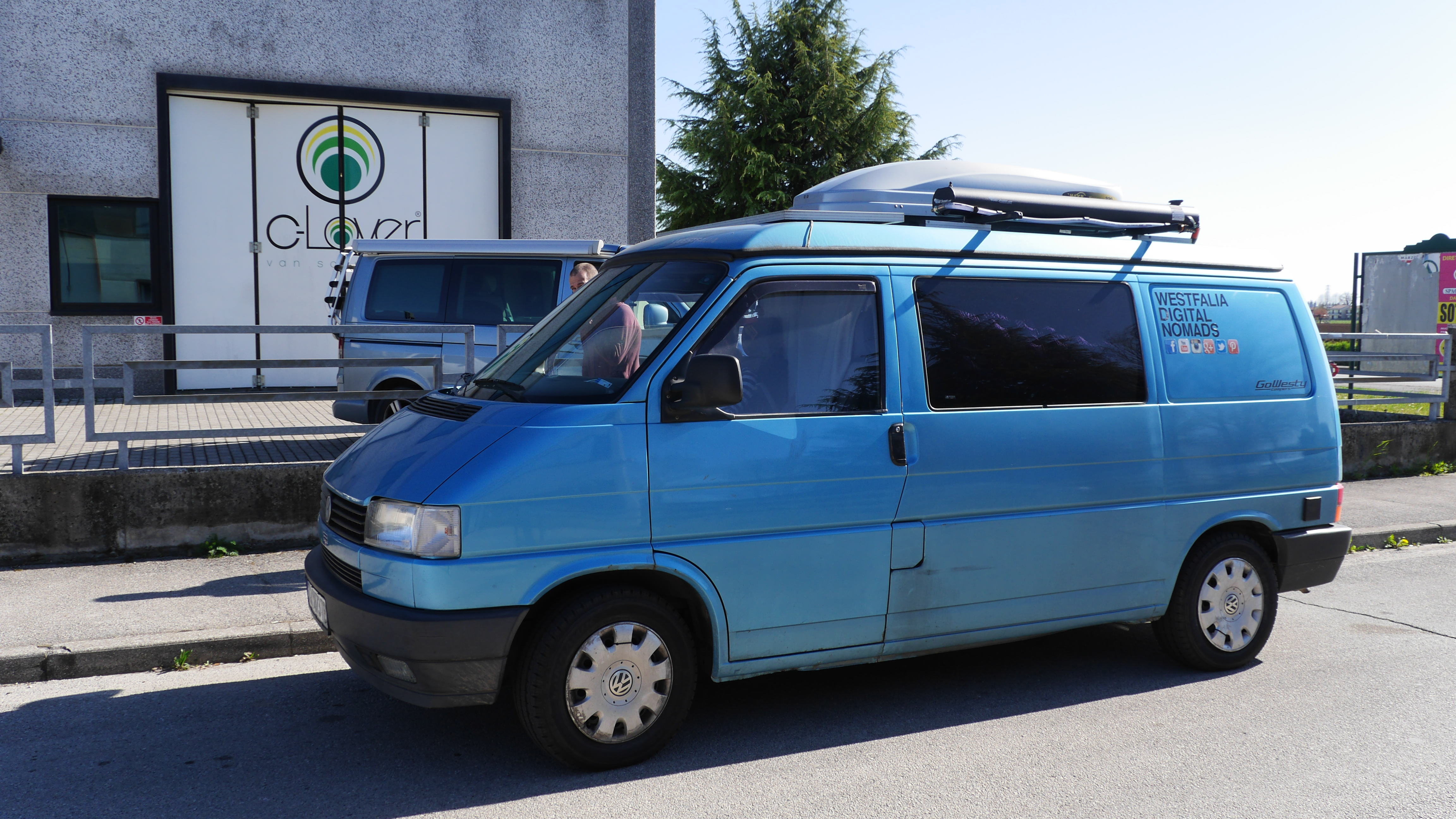 The Po Delta wasn’t at all what I thought it was going to be when Armando said ‘Let’s go to the sea and relax on the beach.’ Flat swamplands interspersed with hills; remote fishing communities that face (and survive) the curiously strong winds; and even with the sunshine it was chilly. 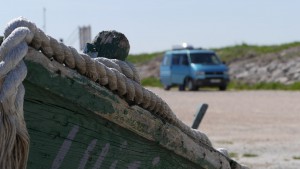 But it was also so good to be back on the road. We connect with traveling in such a way that it’s like returning to our identities. Being in Milan works well right now for a new client Armando’s working for and for gearing up to the next adventure.

Last weekend we had a Saturday BBQ at Peter’s place in Pavia. It was interesting for several reasons: a guy from Detroit was there in the middle of nowhere in Italy, Pablo actually took time off from his job and Armando was in fine form for roughly 2 hours. To quote him (and pardon the language): I’m getting too old for this shit. Grin.

Today we had the most extraordinary surprise: a new sponsor. Holy granola, as we used to say (does that date me-?). Armando met Pablo for a coffee, and Pablo pulled out a new Go Pro camera with all of the bells and whistles. He and his partner Roberto decided to sponsor us.

The feeling of thanks we have is more than words. Firstly for the belief in us, and secondly for the surprise factor. Their company, Officina Otto, is one of the best-of-the-best retouch studios in Italy. So yes, it’s a ‘Wow!’ moment for us.

There hasn’t been too much else lately, which explains our blog silence. We are looking upwards and onwards, and we’ll be storming the beaches in southern France soon. After that we’re pretty vague- our only plan is for slow travel. Experience has shown us it’s much more enjoyable to really savor the places, people and atmosphere we visit rather than just check something off a list.

What about you? Have you ever visited the Po Delta? Armando’s video will be up soon, so if you haven’t you’ll be able to see it vicariously. We hope this finds all of you well, as always.