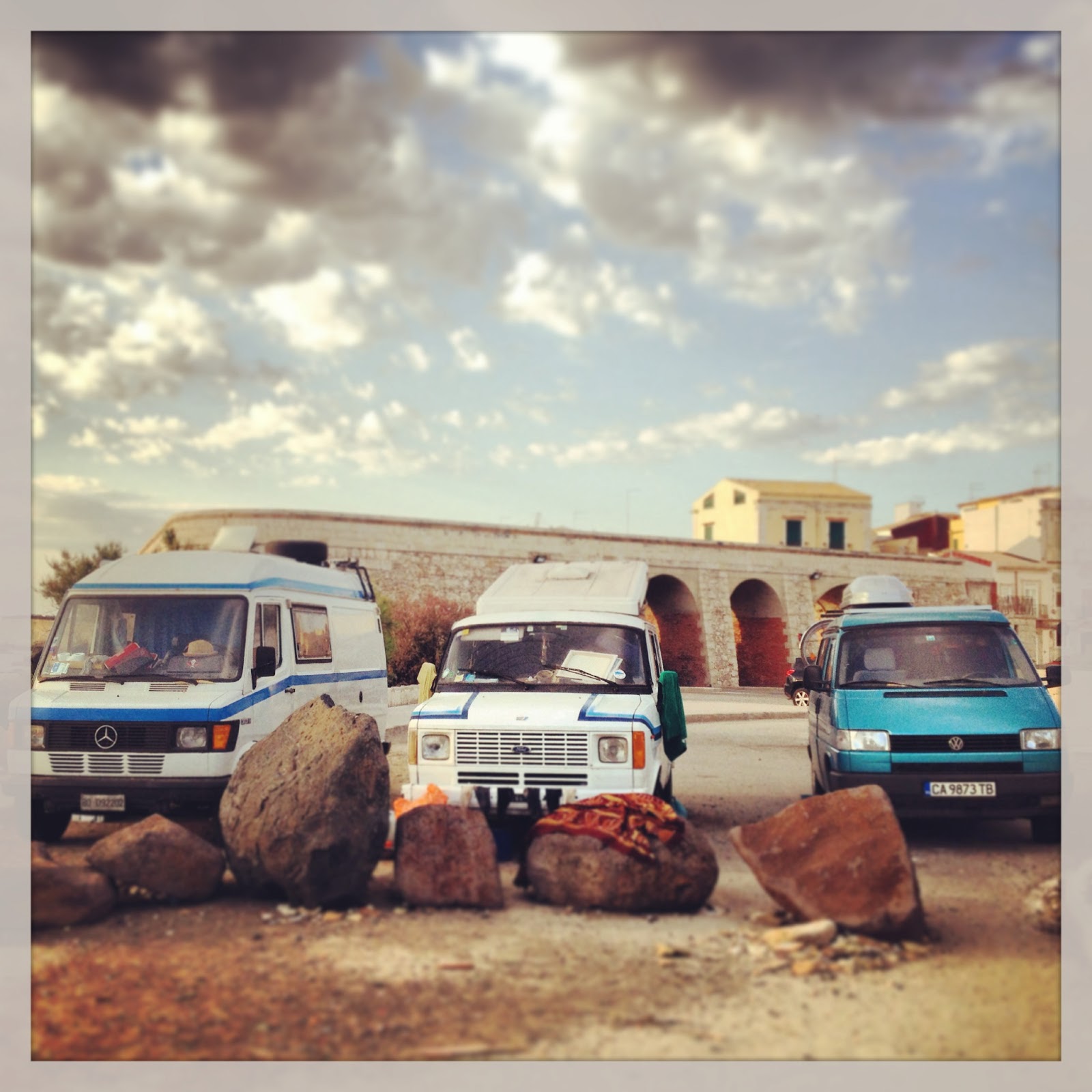 I’m sitting in a ‘nomad camp’ writing this. It’s basically Mork and two other vans. In Montana we’d call them Missoula hippies (5 people in 2 vans with 4 dogs that sell bracelets they make) but in this life- they’re simply fellow nomads.

Another chapter for Armando’s documentary. What surprised us the most about this dynamic group is that they’ve been doing their lifestyle successfully for two years. I’d no idea jewelry could be so profitable. It’s great. 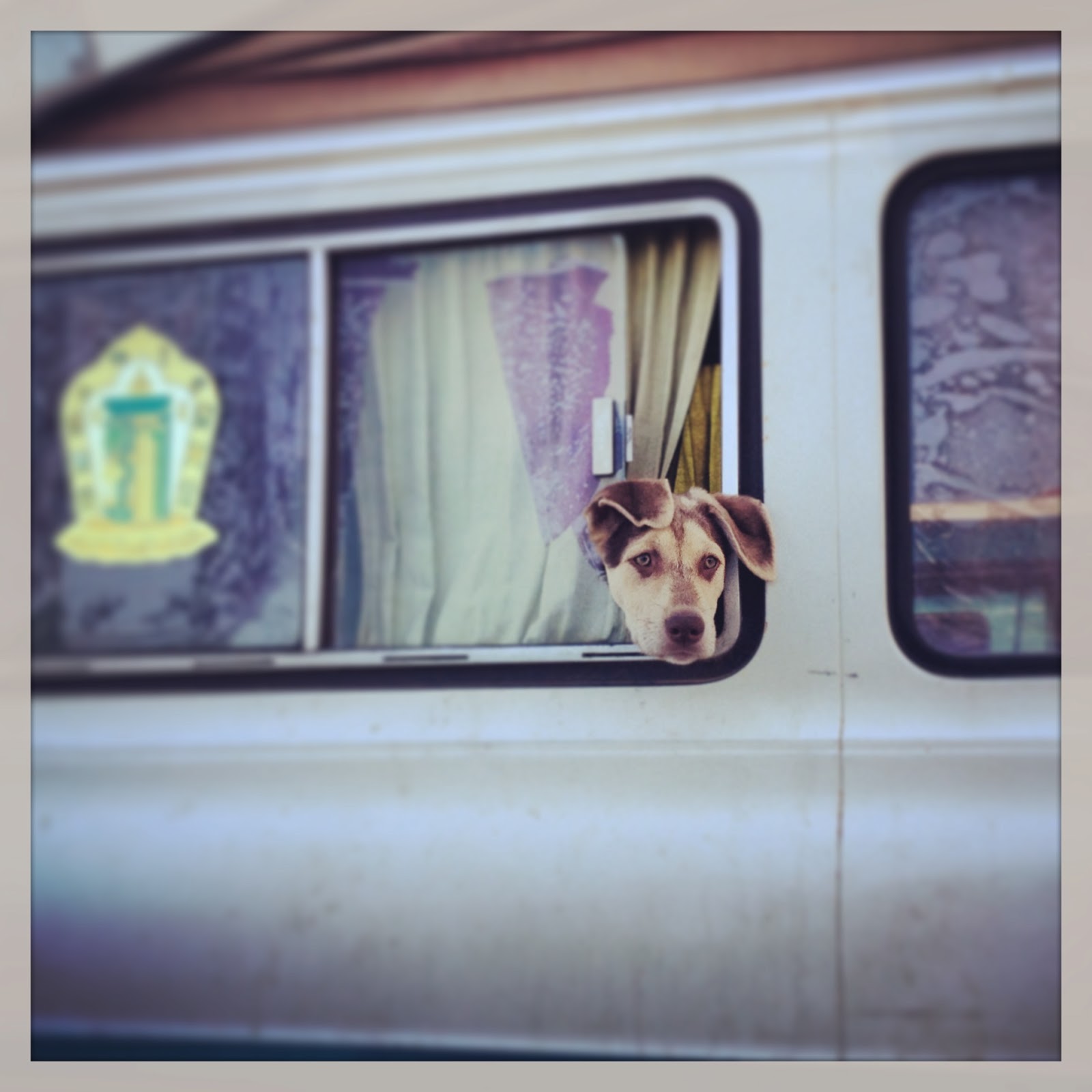 We’re back to our mini-paradise, la casa di Melo, tomorrow, near Cassibile Sicily. Armando needs to shoot the interview and get more footage, and I need to write another review.

I’ve already written one but I love the place so much I want to do as much as possible. Chiara and Lorenzo are fantastic people, and the atmosphere there is… just plain yummy. Tranquil, tasty, untainted.

It’s been a lot of work focus lately, and we rarely write about it here. Suffice it to say Armando’s successfully entered freelance editing, rant-shooting and is becoming website savvy. For my part, I’m making a lot of random connections through writing: a bio for a Mauritius photographer; Google+ tips for a UK renewable energy company; and just finished my first short-short horror story. I do love the diversity. I’ve got an architecture article to do that has me excited. I hope that doesn’t make me boring-? Ha. Instead of the usual list, I’ve compiled some information from things I’ve recently found interesting. Completely random, consider yourself warned. 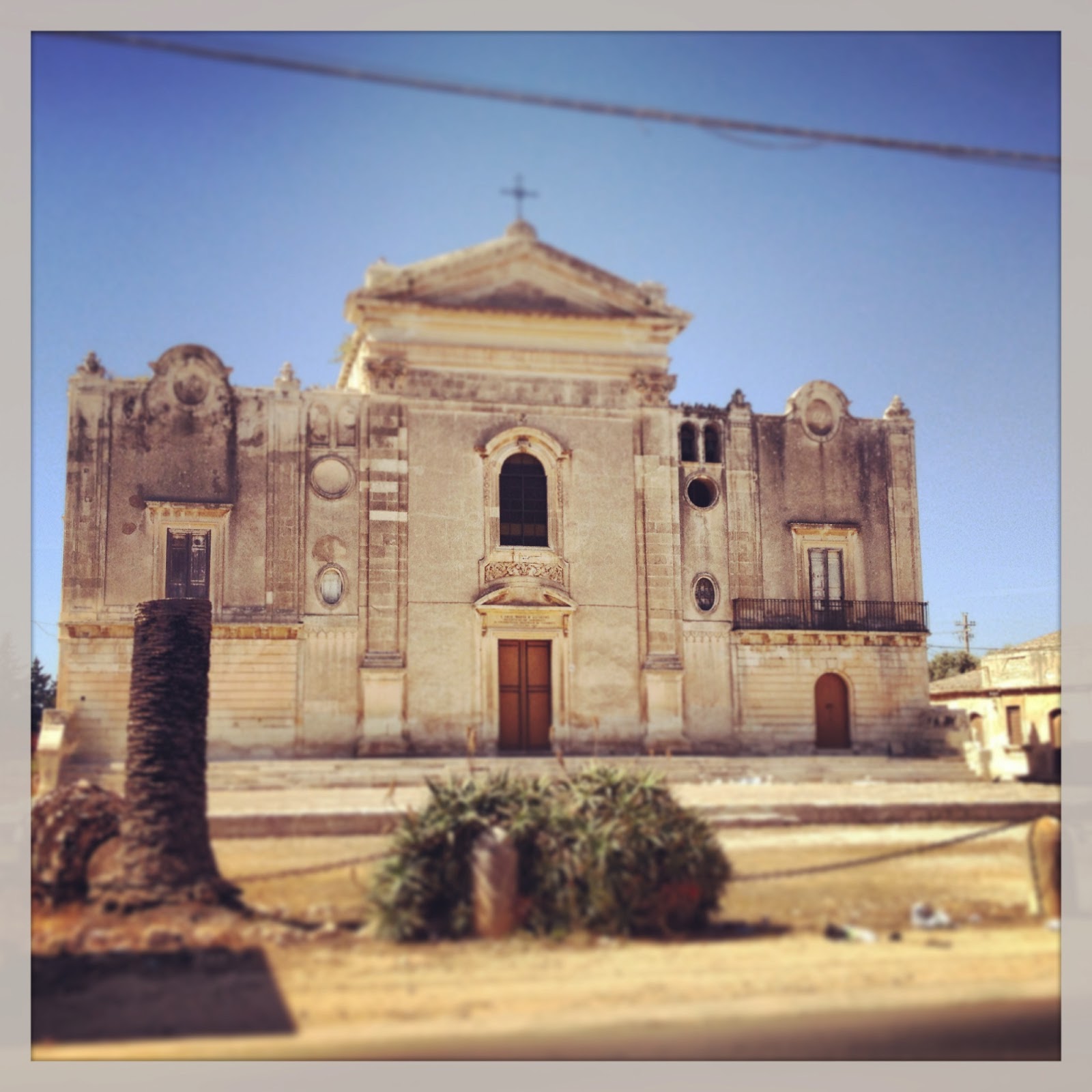 World War 2 Is Nearby

The Armistice of Cassabile (where de Melo is located) is the site of Italy and the Allied Armed Forces signing, on September 8, 1943.

The town itself is small, but on entering it really is like rambling through an old Spanish village. It reeks history.

There was a serial killer in Cassabile, known as ‘the monster of Cassibile’ and ‘the Wolf.’ For you Americans, it’s an odd one.

A carpenter who did shoddy work was found guilty, eventually, of shooting 5 people and attempting to shoot 4 more (the numbers vary, depending on the story).

When people didn’t pay him on time for his craftsmanship,* he simply shot them and took his ‘cut’ from stealing whatever they had of worth. He was a 69-year-old retiree when he was caught. His quote? ‘You don’t pay, you pay.’ Can’t get more Sicilian logic than that, eh? 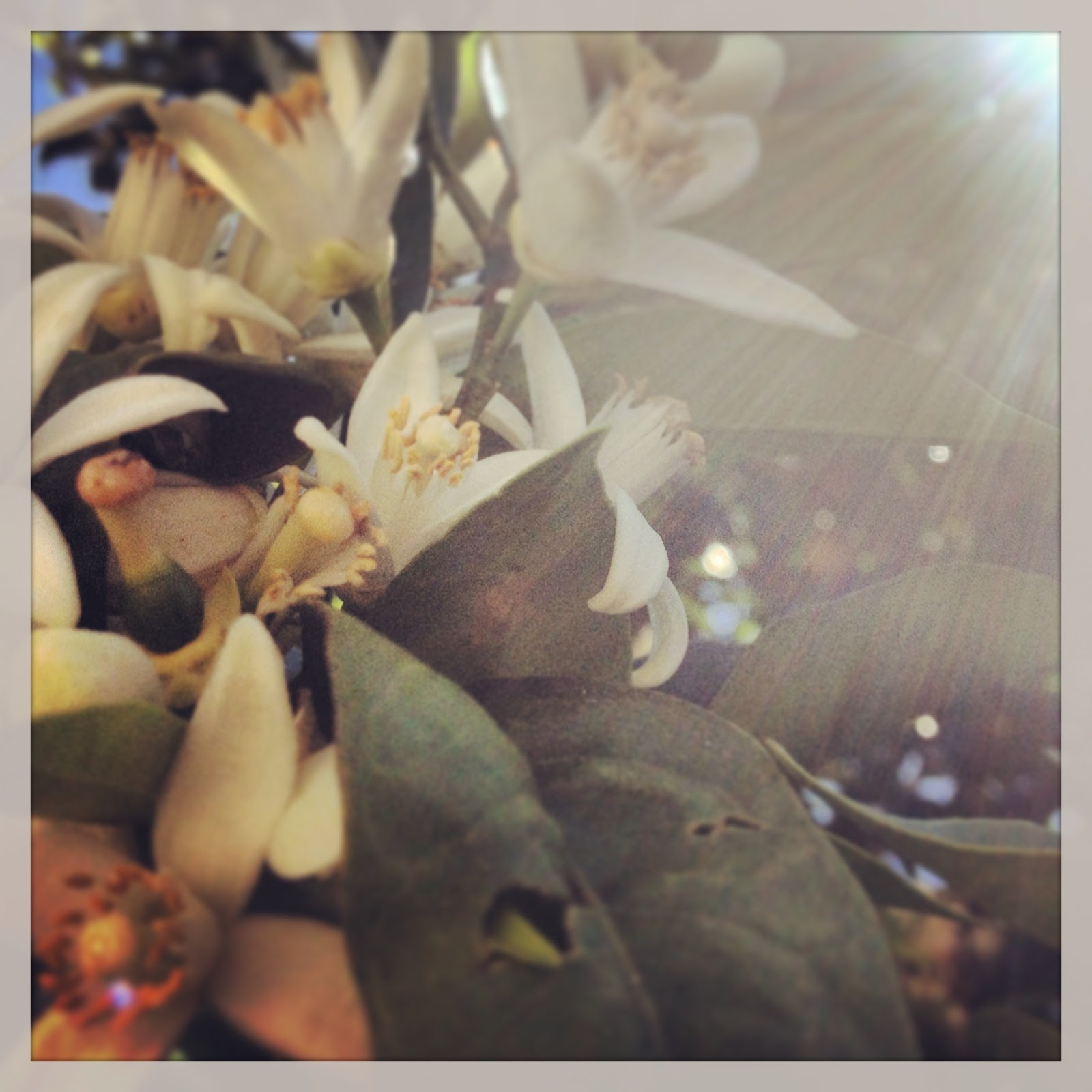 Why I Want to Be an Italian Politician
A little perspective for non-Italians that complain about their respective governments: I can guarantee you, Italy’s got you beat. By a mile, and then some.

Goodness gracious, makes me think Armando should go into politics. Ha. It would make our lives a lot less beaurocratic and simplify the never-ending complications of the system. A system so well-designed by politicians, for politicians, that they can’t seem to stop giving themselves perks while wringing the Italian populace dry.

Something to keep in mind the next time you’re feeling particularly whiny about your home-grown politics, no?

We’ll be going to visit one of Armando’s friends soon, at a ‘Gypsy Camp’ nearby and we’re both looking forward to it.It looks breath-taking. Lots of nomadic people. And natural waterfalls. Can’t think of something better than that in our early summer in Sicily. We’ll keep you posted.

Mama Etna’s In a Mood, We Found a Paradise