We made the thoughtful choice of not posting last week for a simple reason: we’d done next to nothing and truly had nothing (beyond whining) to write home about. Hungary wasn’t fun. Eastern Slovakia was aight. And Poland is a different country. Ha.

I’ll be short and sweet about Hungary: we charged a bottle of water at a gas station (255 Florints, or about a Euro and some change) on our card, went to the next gas station and had no money.

We knew we had the cash, but our card was empty. And we’d filled up with gas. They held both Armando’s passport and his bicycle-(?)- hostage until we could have the money wired.

Have I mentioned it was raining cats and dogs and we spent a little over 24-hours together? I’m surprised we both survived. Grin. We paid, got the bike back (thanks uber-much for the help, Niki) and opted with our luck not to attempt the Ukrainian border.

Slovakia it was. I was more than happy to finally understand a language (Bulgarian/Cyrillic writing; Romanian; Hungarian which includes words like: Megszentségteleníthetetlenségeskedéseitekért made me glad to see/speak/bathe in Slovakian).

Even if it is softer than Czech. Wink.

The Polish border was a kind of non-event, with no vignettes asked for; no tolls; and no border police. And there we were, prepared for everything and the kitchen sink.

Rzeszow was our first port* of entry. It’s a cute town, roughly 200,000 people or so and the weather was against us again. We (quite luckily) had tons of work for both, so sanity was kept. Ha. 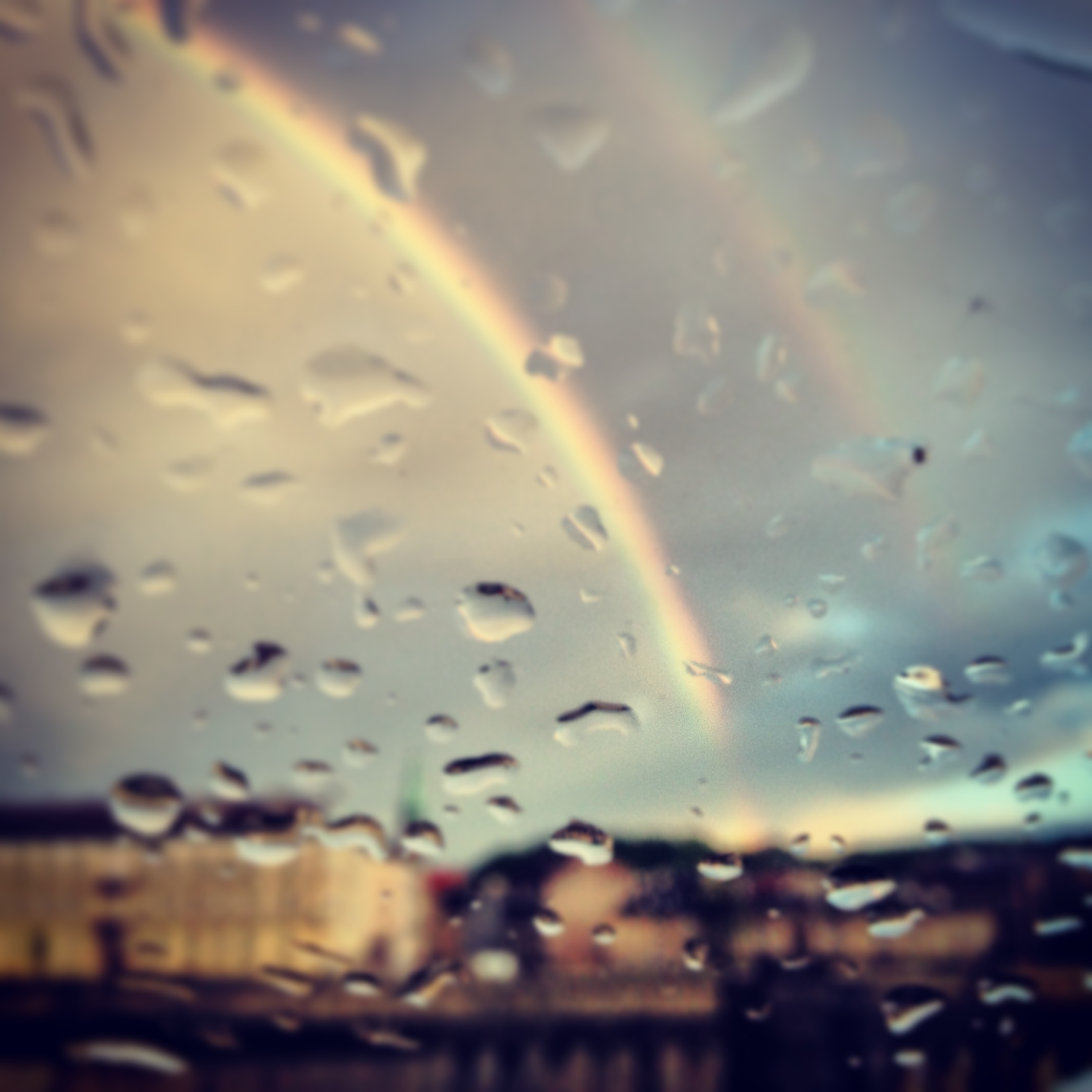 We’re now in Krakow. Gosh it reminds me of Prague: beautiful Old Town, tons of misguided tourists (or guided badly for a price) along with the usual hooligans and such. Sigh.*

I know this is going to sound all kinds of wrong, but I’m looking forward to Auschwitz. I’ve read so many books, so many histories. It means something to me. Not about specific groups of people. People.

Right now Armando is gaining permission from the city of Krakow to do a public chalk drawing piece, perhaps with some interviews. Sigh.* Yep, that’s my hubby. Huge grin.

We’ll keep you posted on fame, fortune and fun on the road. M, A & Mork

A very brief P.S.: who knew a bottle of water could cost €70 for a few days, to be mysteriously replaced by *unknown* sources? Methinks a rule of thumb: pay cash in Hungary. Ha.

Driving Romania: Our Top 7 Picks of Sites to See