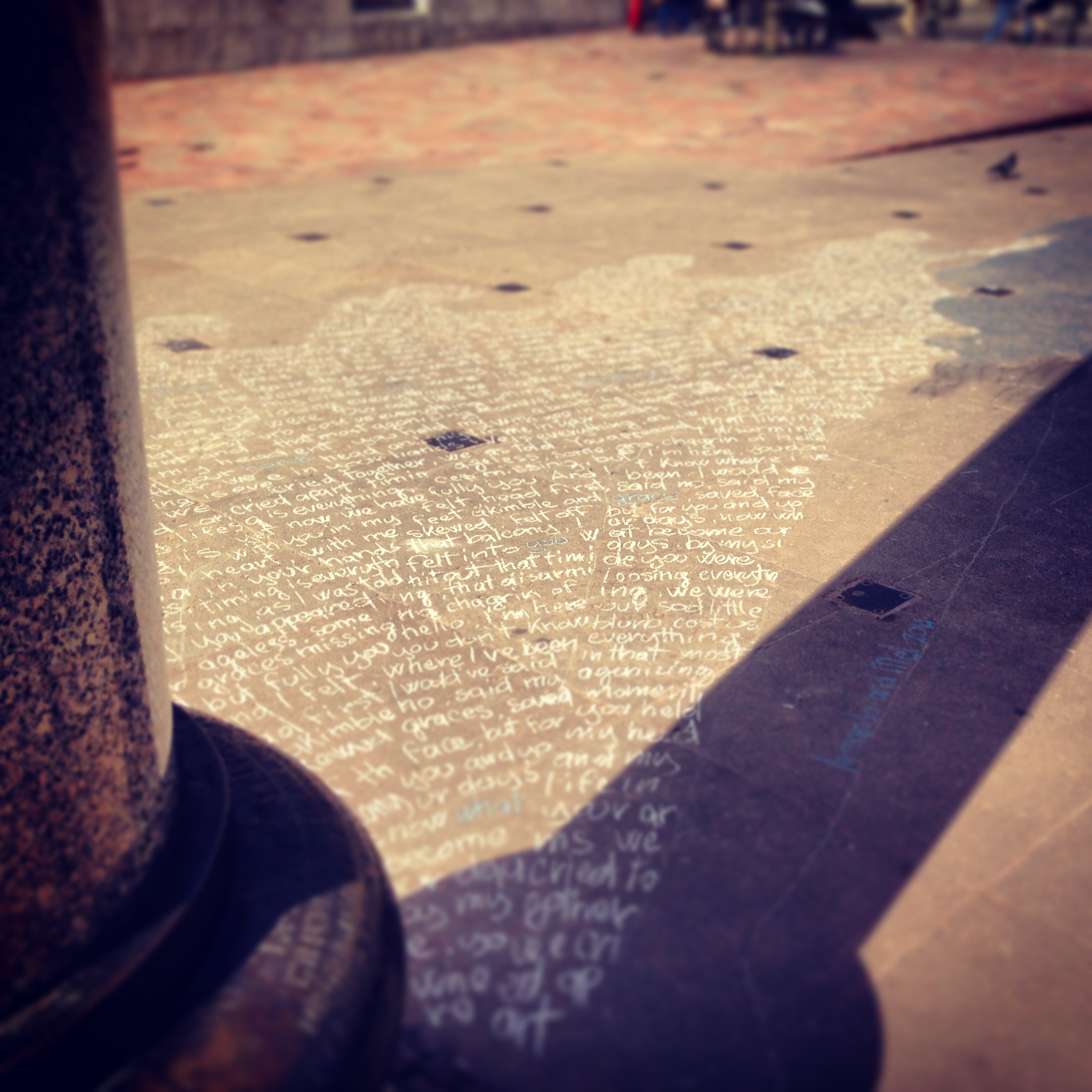 Poland’s been interesting for us for several reasons: seeing old friends (thanks much, Greg, from both of us for the good times); Armando’s first legal street chalk show; some fairly brilliant sunsets and the reality of seeing Auschwitz.

When we first arrived in Krakow, Armando wanted to see if he could get permission to do an original piece of art in a square. A few hours and many dead trees later he had the official documents.

The concept: to use a shadow of a statue to depict time throughout the day. He asked me to write something he could use and I came up with several options; he chose the poem.

It’s really cool he’s getting back in touch with that part of his artistry, and I thought it was pretty cool to be a part of it.

We had some great catch up (for me) and meet-and-greet (for Armando) with now local Krakowians. Is that a term-? It’s so nice to be able to see people we know- or meet the fresh- on our travels. We would like to clear up one small misunderstanding:

Our time in Krakow was quiet. It’s a beautiful, historic city, but we were surprised it was so sleepy for its size. I’m sure the nightlife is brilliant; that we didn’t see enough in our time; and personally, no, I won’t say it’s ‘boring.’

There’s nothing like catching the ire of a local* by random impressions of a new town. I know I’d be the same about Brno- very, very protective. So apologies gents and perhaps our paths can cross again. Grin.

I’ve always had an idea of visiting Auschwitz but it was a new one for Armando. It was powerful for us both. I don’t think you can visit history like that without feeling something. We didn’t feel the depth of horror for the people that perpetrated such crimes; we felt loss. A very heavy loss.

I think everyone should visit a place like that at least once in their lives. It reminds us what we are all capable of. 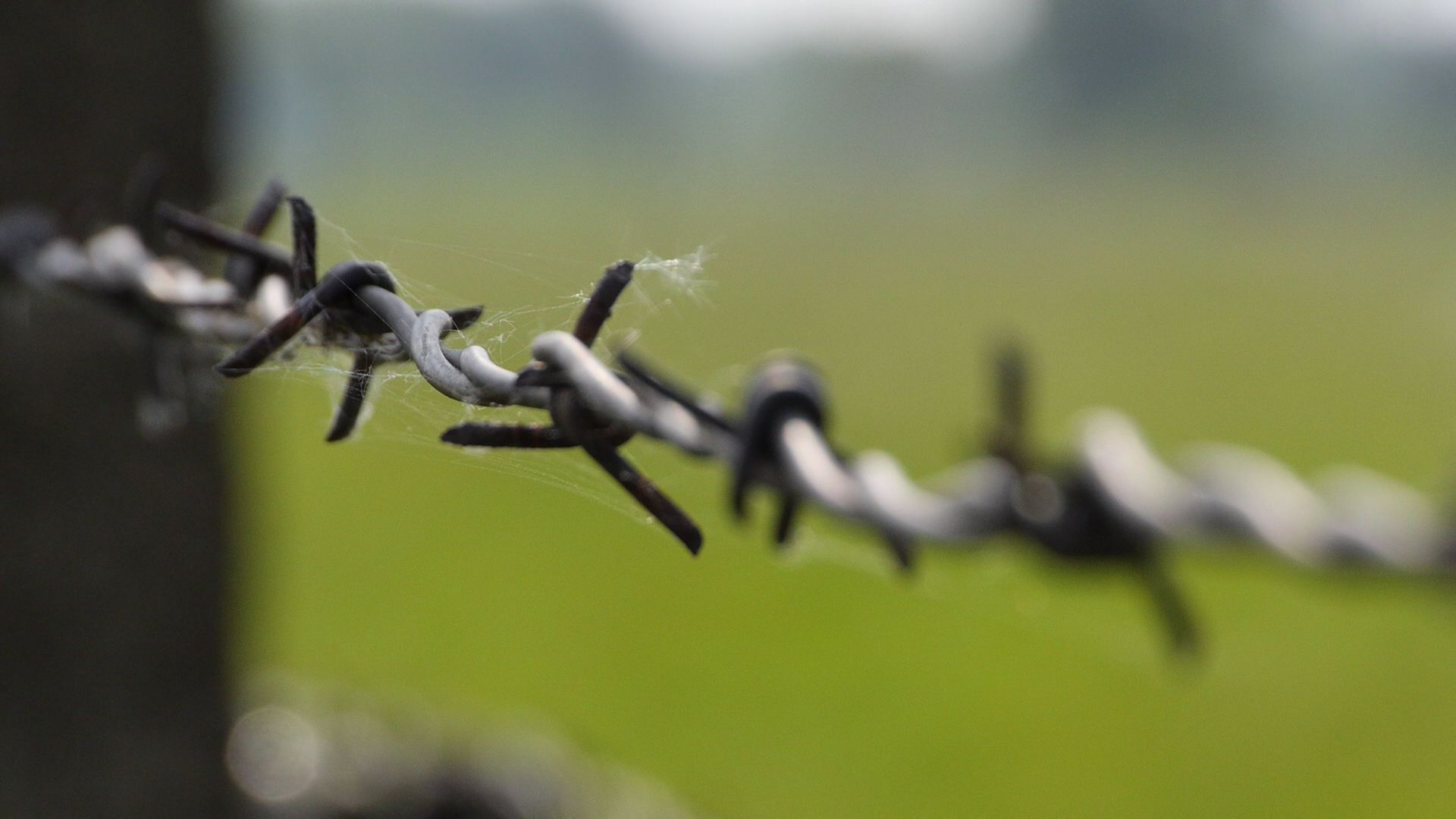 Most people don’t know: the first many victims were Polish. The Nazis tried to destroy the crematoriums, their documents, because they knew it was wrong.

The crematoriums were blown up in 1945 but the rubble still reminds. It makes you shake your head in confusion and slightly nauseous, simultaneously.

“So, let us be alert in a twofold sense: Since Auschwitz we know what man is capable of. And since Hiroshima we know what is at stake.” -Viktor E. Frankl

On a different traveling note, we’re going to Wroclaw to visit the little people. We’ll keep you posted as always, M, A & Mork

Time Drops Until It Flies

Timing is everything, or so I was told.

Fell off that balcony

I would’ve said no

You and your days

By my side, you were.

Losing everything, we were.

Our sad little blurb cost us everything and more

Yet in that most agonizing second

You held my head, my life in your arms

Now we have minutes- an hour- a breathing life’s chance.

With you in my heart

And with me in your hands.