Paris on the Horizon After French Coast Camping Oddities

We’re collecting all of our bits and bobs from our last year, with the intent of putting them into organized chaos for our new website. I should say ‘in hopes of …,’ as we’re not the most supremely organized individuals gracing the planet. Grin. One of my recent favorites has been Armando’s time-lapse combination of the cities we’ve visited this summer “Urban Lapses”:

It’s pretty brilliant, though I am admittedly pretty biased. I just really dig it. 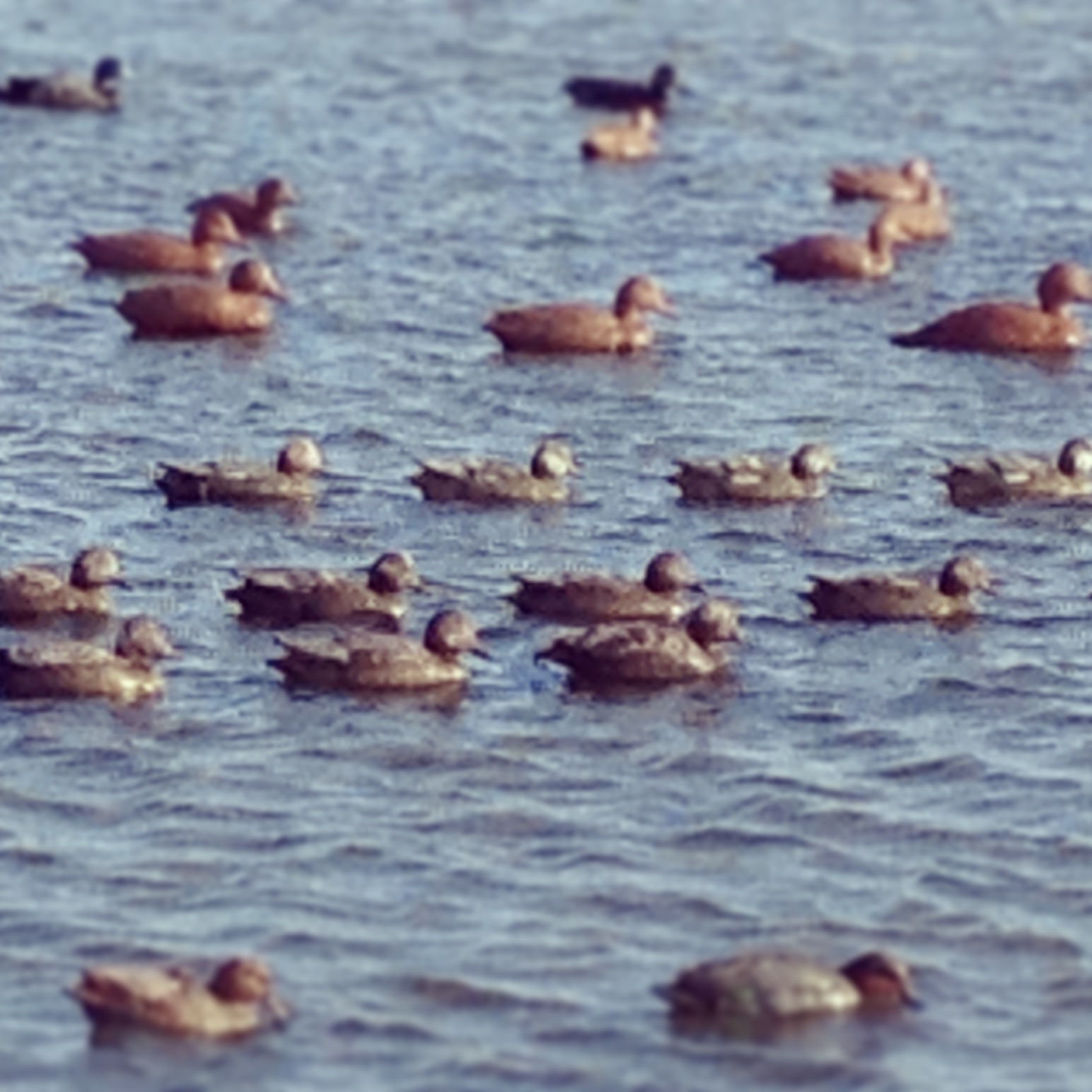 Another catch up is from our recent sojourn on the French coast. We had a few random moments that definitely added a little ‘What the heck…?’ to our travel repertoire.

Like the fact we stayed in gorgeous reserves during the French hunting season. For at least two nights, our trusty red crowbar was in arms’ reach. Hey, you never know. Hunters are all right, but French hunters-? 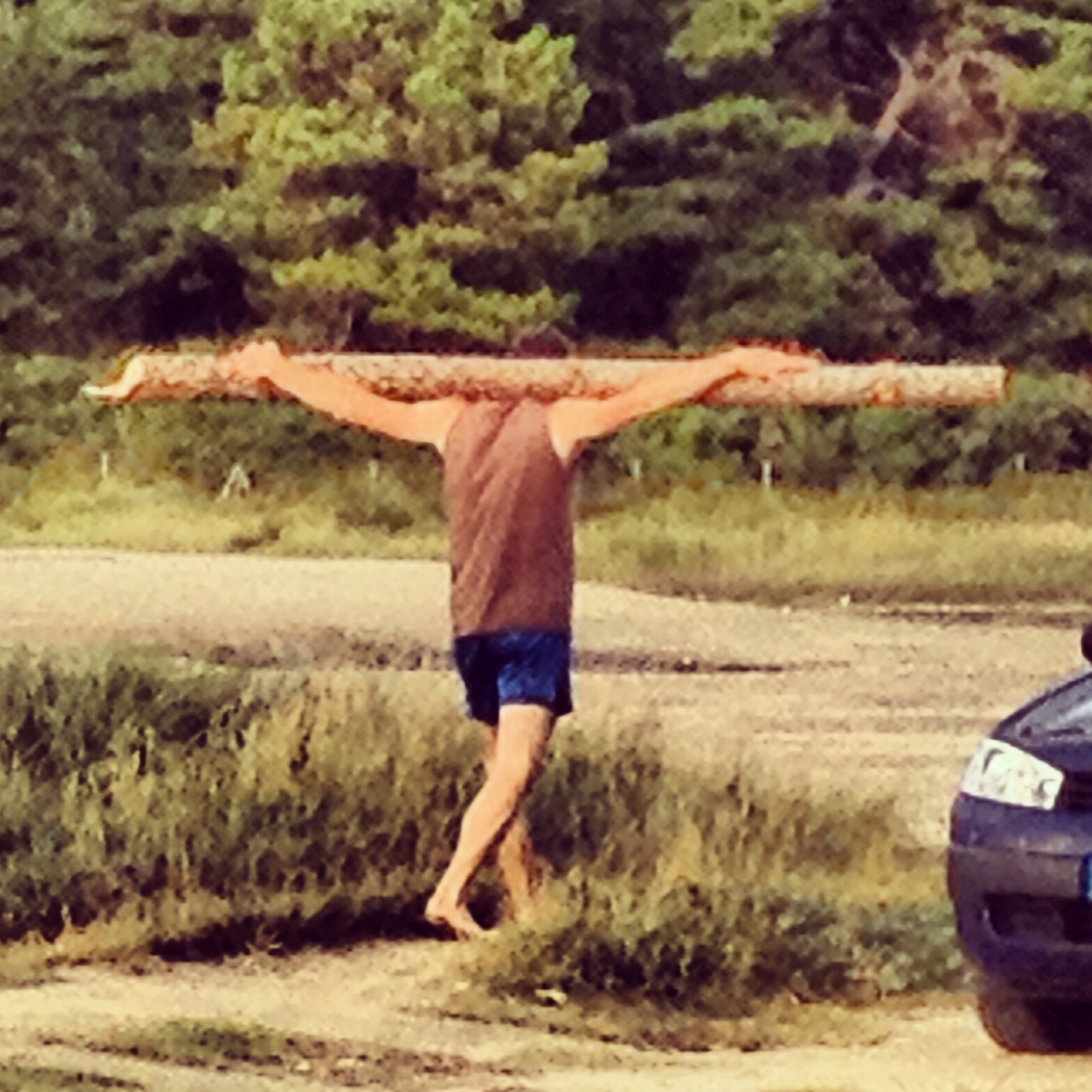 One such reserve also provided picture perfect ducks on a pond and a ‘religious’ epiphany.

The ducks were decoys, though we couldn’t figure out if they were placed so generously for the bird watchers or those wily French hunters.

While discussing this in Mork, a man came over a ridge. That in itself isn’t surprising- it was a popular place to hike.

What was a little curious was the fact he was carrying a large hunk of tree over his shoulders. Very Jesus reminiscent. And he was barefoot. Just traipsing along the rocky shore, hauling his prize to…? No clue.

And did any of you have any idea that the French are the most camping friendly country we’ve been to? It shocked our little socks off. They not only provide tons of free, RV-focused parking- they also provide toilets and garbage bins.

For travel cynics like us, it’s such a simple yet logical concept. If you have beautiful areas people will go, let them help you keep it clean. I can’t tell you how many places we’ve been that have been scarred by tell-tale squares of toilet tissue… ugh. Not to mention the unmentionables.

Another oddity: there are a lot of rest stops without rhyme or reason. As in there’s nothing to see, no monument of historical proportions or unusual French geology. It’s a… scenic, walkable rest stop to… rest. What a novel idea, that.
Finding a connection came down to two words: ‘mackdoo’ and ‘weefee.’ We are now fluent in finding a McDonald’s hotspot. I don’t know why we found this so strangely entertaining, we just did.

The last I’ll mention about our coastal trip was one of the highlights: the seals. I’d never seen them ‘in the wild’ before, and they’re captivating. Big puppy dog eyes,  skittish as hell and they move like the armless-legless man from the film ‘Freaks.’ 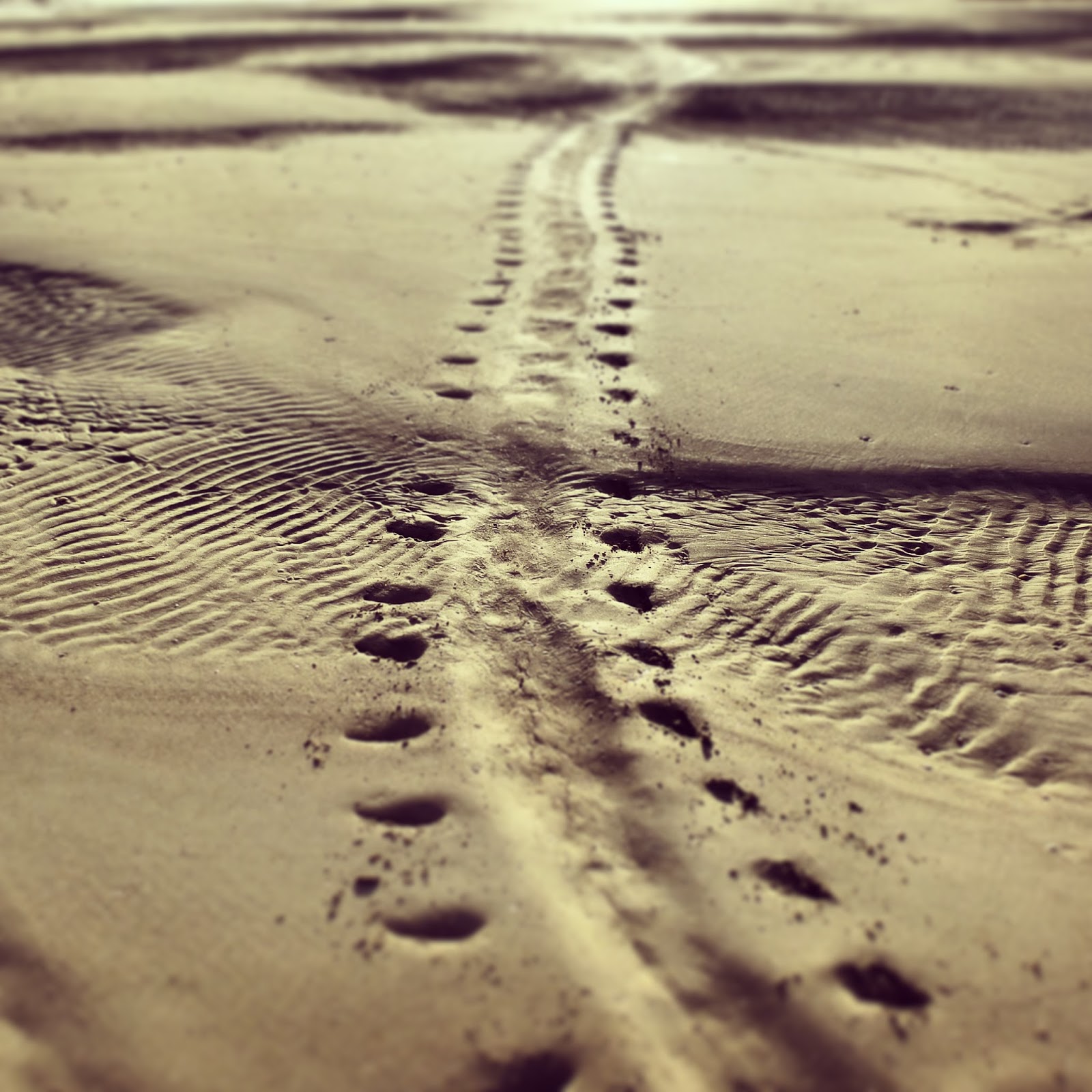 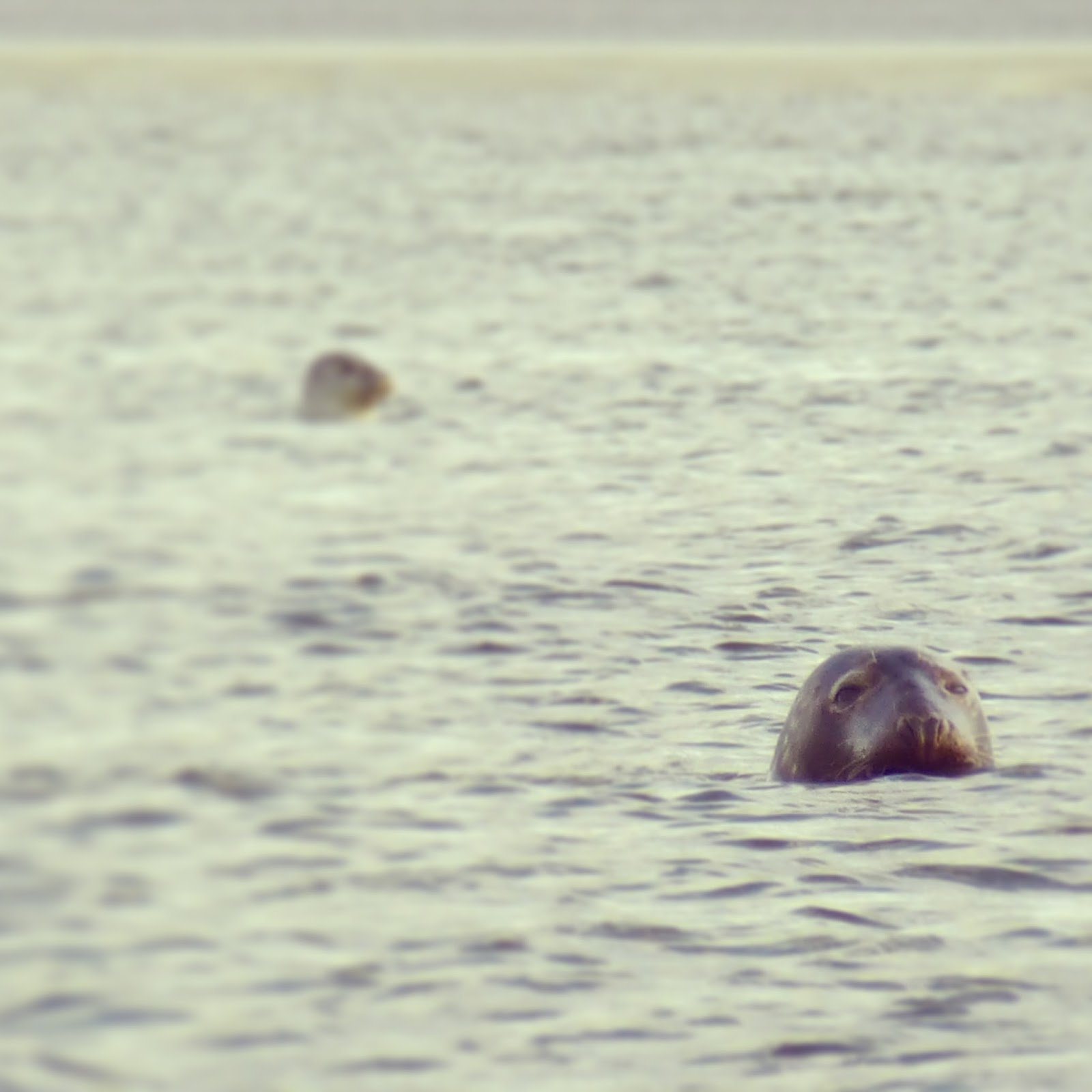 Seal tracks in the sand are bizarre until you figure out what they are. Very cool.

Out with my cassowary crush, in with my fascination with ‘phoque.’ (Be super careful with the pronunciation on that one, eh?)

Our trip down the French coast was cathartic. And impossibly quaint. We highly recommend taking a trip in France for ‘le camping, de relaxation et moments intéressants.’ And don’t forget ‘le Wi-fi chez McDo.’ Ha.
From Paris with love -A & M

Making the Most of the French Coast