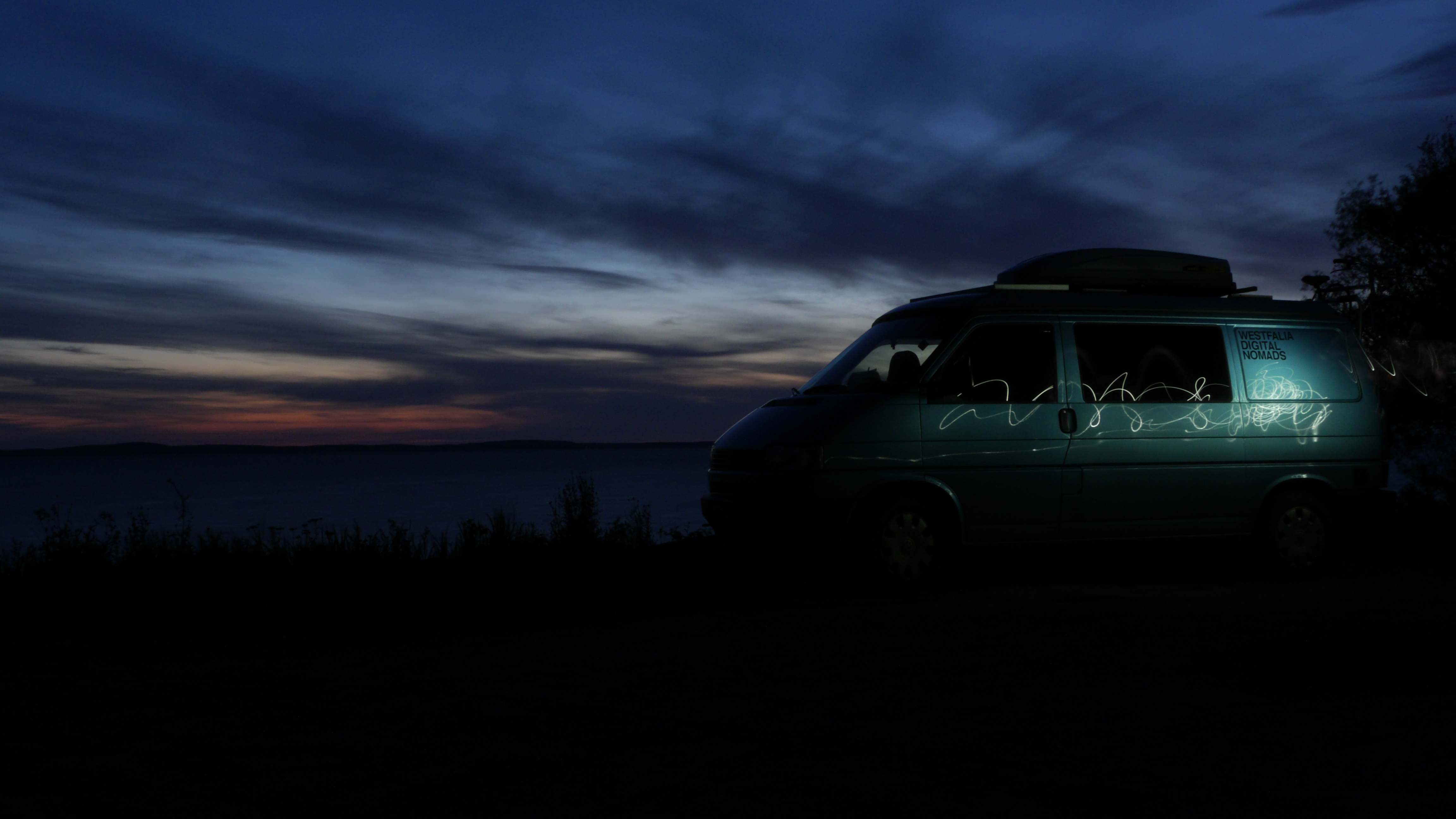 Lithuania: the Kindness of Strangers and Internet Speedy Enough to Knock your Socks Clean off

The first city we visited in Lithuania was Vilnius. It’s a nice European capital city and introduced us to the magic that is Lithuania’s Internet speed. Holy moly, is it super fast.

The city center is full of cafes, bars and restaurants so there was no lack of choice for us to revel in the connectivity. 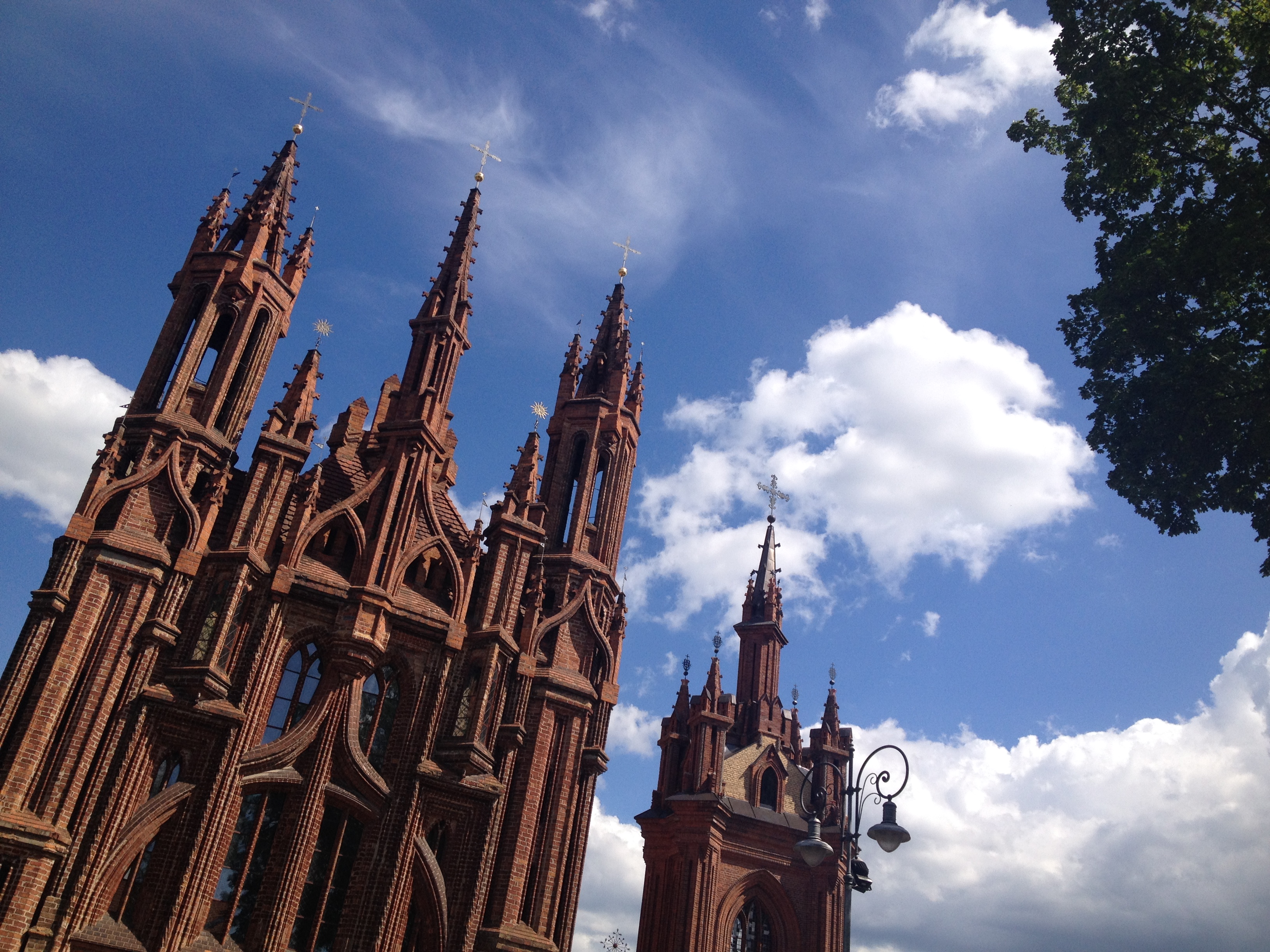 We decided on the Piano Man Bar, so that Armando could do some work while we caught the Italian football match.

The atmosphere was lively. We had fun since we rarely go out-out.

Vilnius has a small artistic area that’s called the Republic of Užupis, which has declared itself independent. It has its own constitution, flag and even cabinet of ministers.

The history behind the area: it was a squatter’s paradise- and now it’s a thriving artistic community. 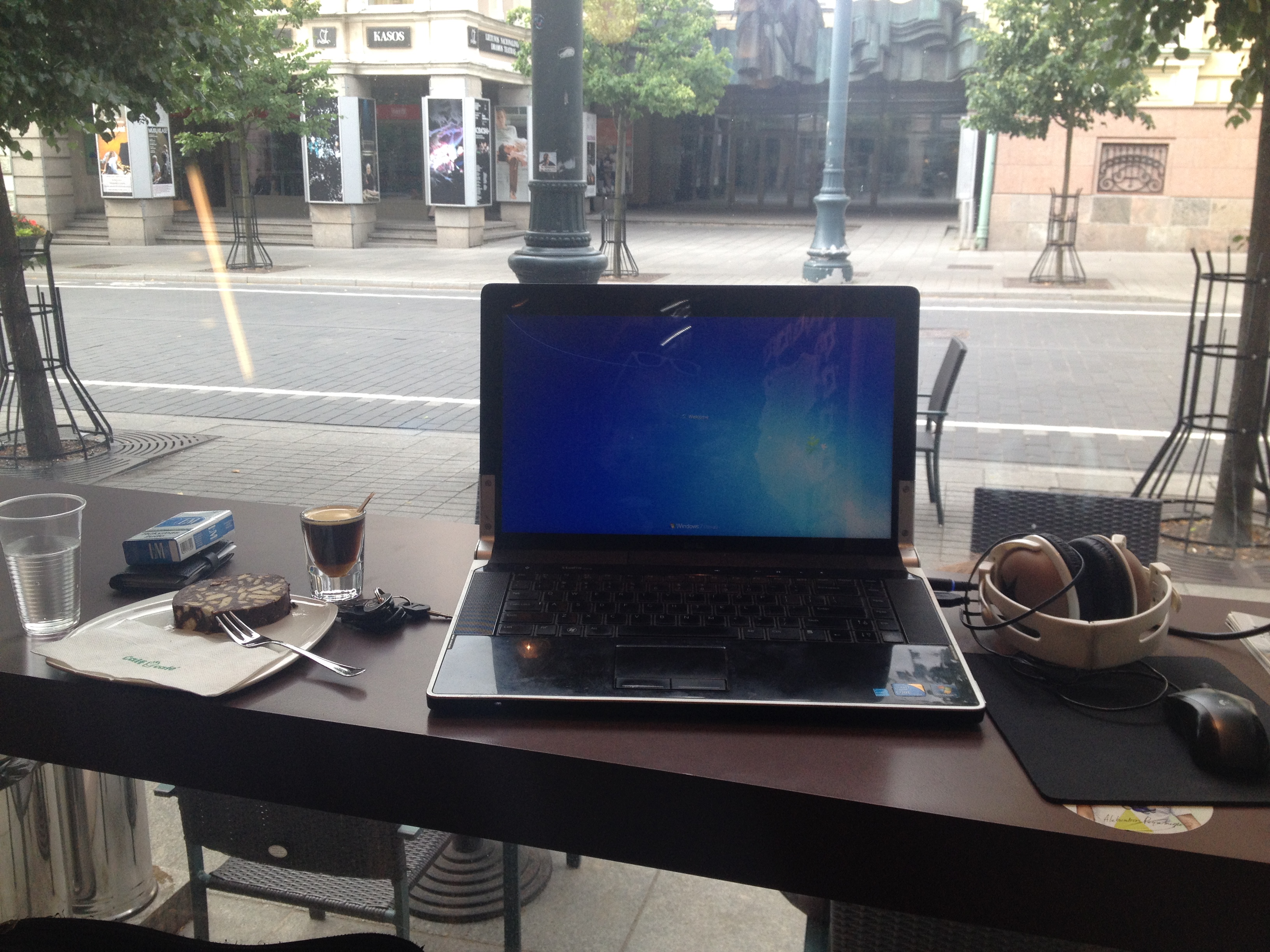 We stopped by Kaunas and opted for another lakeside view (we do love our bodies of water) so we parked at the Kaunas Reservoir.

We realized we probably appeared a little homeless when a local woman stopped by to ask our intentions. Ha.

Later on, she gave Armando water and they got to talking. Her name is Regina, and both she and her husband Algis spoke excellent English, to our surprise.

Lithuanians in general are polyglots.

We ended up parking next to their house for water and electricity, and having coffee with them. The next day, Armando made us all a spaghetti dinner. It was amazing.

Great intellectual conversation, I got to pick their brains about Lithuania’s history and culture, and we laughed a lot. I’d have to say we now have an extension of our family in Lithuania. 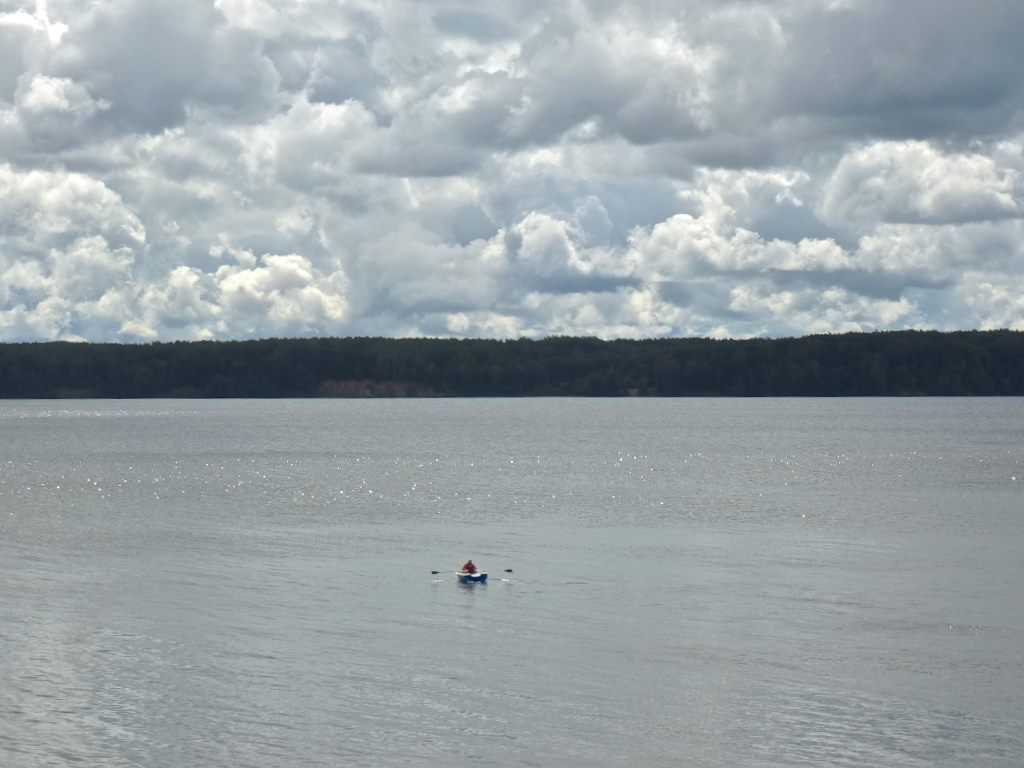 Today, Algis arranged with a neighbor for Armando to have a rowboat for fishing. He had no luck with the fishing part of it, but had a great time puttering around the reservoir.

He even took me out for an afternoon spin. Grin.

Tomorrow Regina’s taking us on a tour of Kaunas and then we’ll be off towards the Delta region in the north.

So far, so wonderful, Lithuania- keep up the good work! M, A & Mork

Warsaw and Primeval Forests, Minus the Bison