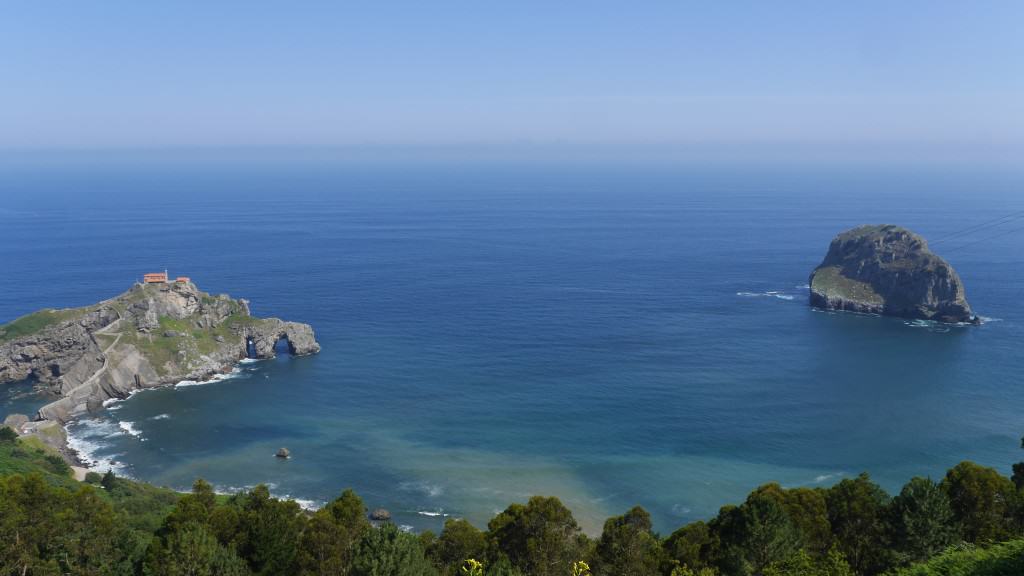 I can say was an amazing week here at Bakio. We came from the east and before arriving from the top of the hill you can see the beach. At the first glance I saw waves, so many. And my head thought: this is the perfect place where to start surfing. And that’s how we ended up staying here a whole week. The place is small, but we found everything that we need: a supermarket, ATM, two bars with fast wi-fi, a tobacco shop and of course a nice parking spot, where you can dominate the town. 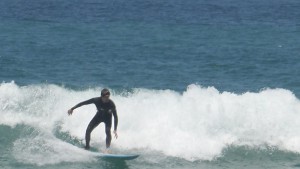 My idea was to trade a video for some surf lessons, so that’s what it was. With Bakio Rip Curl Surf Escola. In the water, outside the water, with adults and kids. All there to learn the magic of surfing. I can say I still need a lot of practice, but I’m going in the good direction.

As well after surfing we had some really nice time with fellow van living people, some of them more sedentary, some other at the beginning of their trip. Eric and Marta, living in a camperised truck (with no name yet) for 4 years work at the surf school during summer and in the mountains somewhere in the Pyrenees with snowboarding and such for the winter. In the middle, picking grapes on some French farm. That how they do things without being digital, not bad ah? 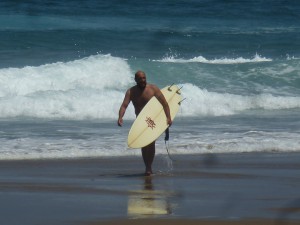 And Nik and his cute little boy Noah, from Germany. Also with a camperised truck. Wooden interior, shower, stove and oven. A beautiful place where to stay. We’ll probably meet them again in Portugal where they are directed.

Back to surfing, well, give me some more time and I’ll probably fix the GoPro on the board to let you see what happens when I’m in the ocean. For now it’s better to just  concentrate on the real job! 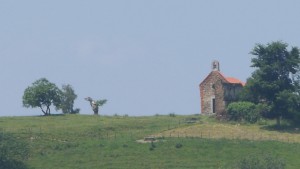 So that was Armando’s side of our post. He forgot to tell you about the police finding us in the most remote (beautiful) campsite you can imagine. He apparently had a ‘Bolo’ out for him from Slovakia, when he caught two thieves that had stolen his Mac. We were a little freaked out: Big Brother can even find you in the middle of nowhere. But the fellas at the campsite were super cool and laid back, the walk to the cliff edges was gorgeous, and the stay there was a nice mini-vacation or holiday of sorts.

As for Bakio, just wow. It’s pretty quiet for such a great beach with good seemingly steady waves. I watched Armando’s first attempt at surfing- he really didn’t do too badly with it- especially considering he had the board but used a rope-slash-windsurfing cord. No worries now, he’s all geared up including an adorable halfsie surf suit.
We’re off to Bilbao next, looking forward to checking out the Guggenheim Museum and in roughly a week we’ll check out a local bull running thingamajiggy. Grin. Smaller than Pamplona and less touristy. 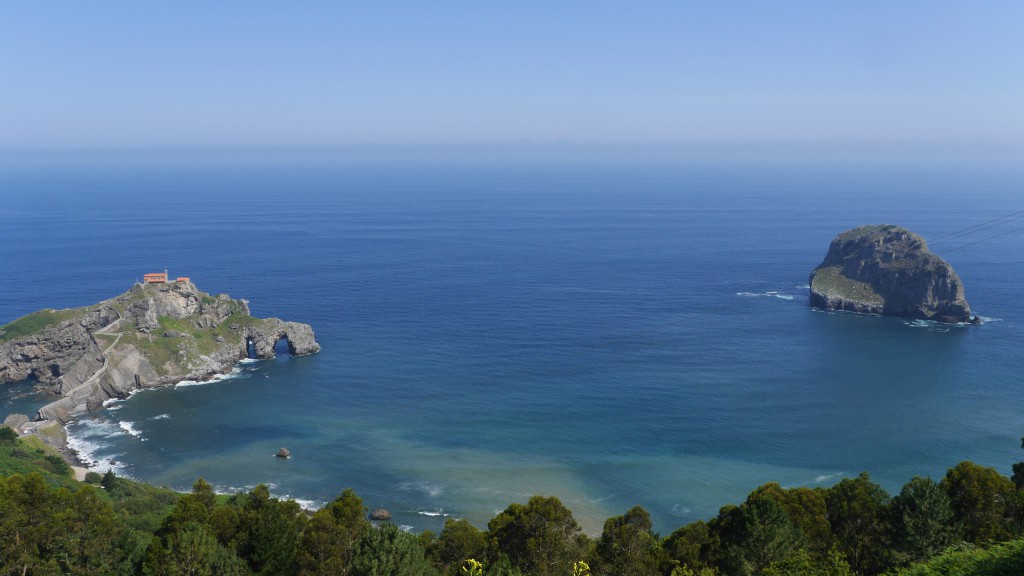 We have met some truly impressive and inspiring people in Spain. So far the Catalonians and the Basques have been very warm and welcoming. I even got a free espresso from the woman who runs the Surf Bar in Bakio when I was checking emails before they opened. Many, many nice random kindnesses and many good, honest conversations.
Oh. I almost forgot. If you visit Bakio, can you please feed the local donkey a few carrots? He’s a lonely old boy. Grin.
We’ll keep you posted for our next adventure(s) soon. Mel, Armando and Mork