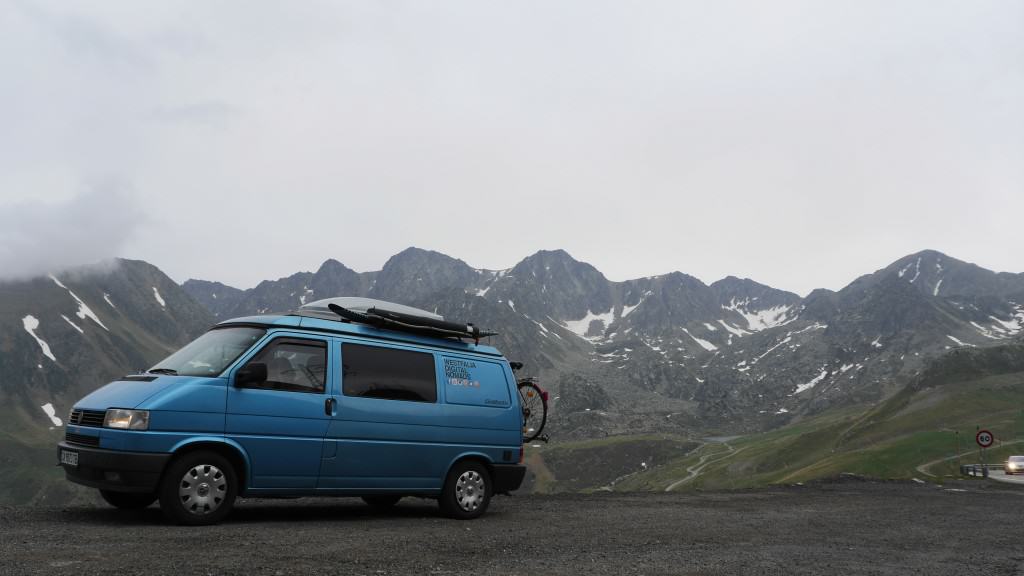 We’re a little tardy with the catch up, for good reason. Oodles of adventures were had by all. Grin. So… Andorra. Neither of us honestly knew much about the teensy little country in the Pyrenees before we visited. Can’t say we know much more now, after being there.

It’s a little bizarre. Steep, jagged mountains with snow (remnants and fresher); and one ski resort after another. There was a ‘tax free’ shopping zone that was a Vegas transplant. Gaudy and garish lights, everything you never needed in the cheapest quality afforded, and thrumming with impulsive buyers. 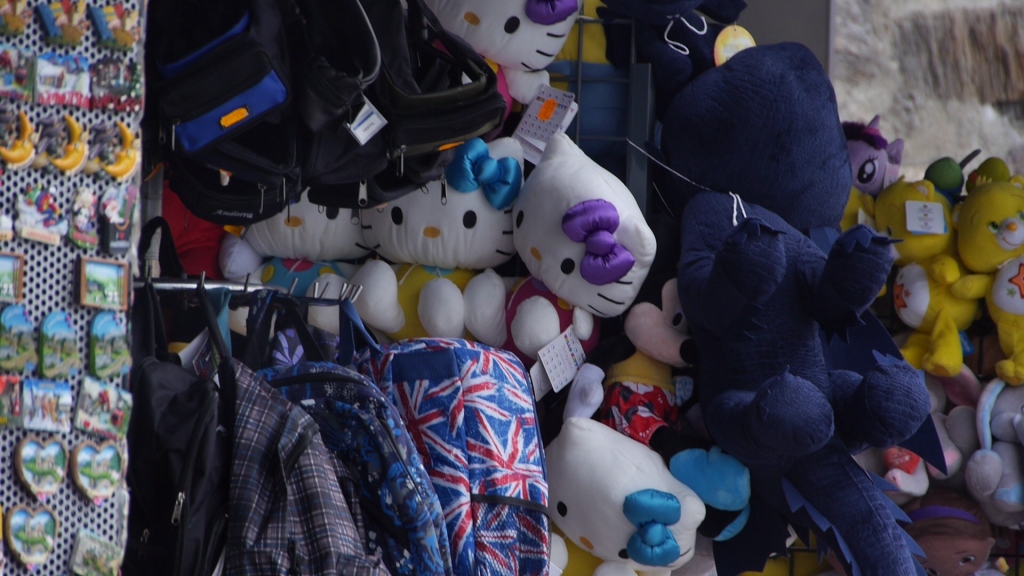 Seriously, who needs to buy a 16-pack of 16 oz. ketchup bottles or that Jack Daniels gallon jug? We tried to buy some ‘normal’ food for the day, and after scouring the aisles filled with alcohol and cigarettes galore managed to bring home a baguette and salami.

We found a ski resort that was undergoing construction for the summer, found free WiFi in the parking lot, and decided to stay. It was raining, anyway.

Two strange things: the WiFi turned on at 8:30 and shut down at 5:30 daily; and we had a direct view of an Andorra Overlook-esque hotel. Replete with an eerie, empty ballroom lighting up in the middle of the night. Thank you, sir Stephen King, for tweaking my imagination into overload. Ha.

When we entered Spain, we found a reservoir to park next to. Eagles, a fox and mocking fish Armando could see, but couldn’t manage to catch. The second day, I was standing up from an odd position, banged my knee and dislocated it. They do say most accidents happen in the home. Mine was no exception. 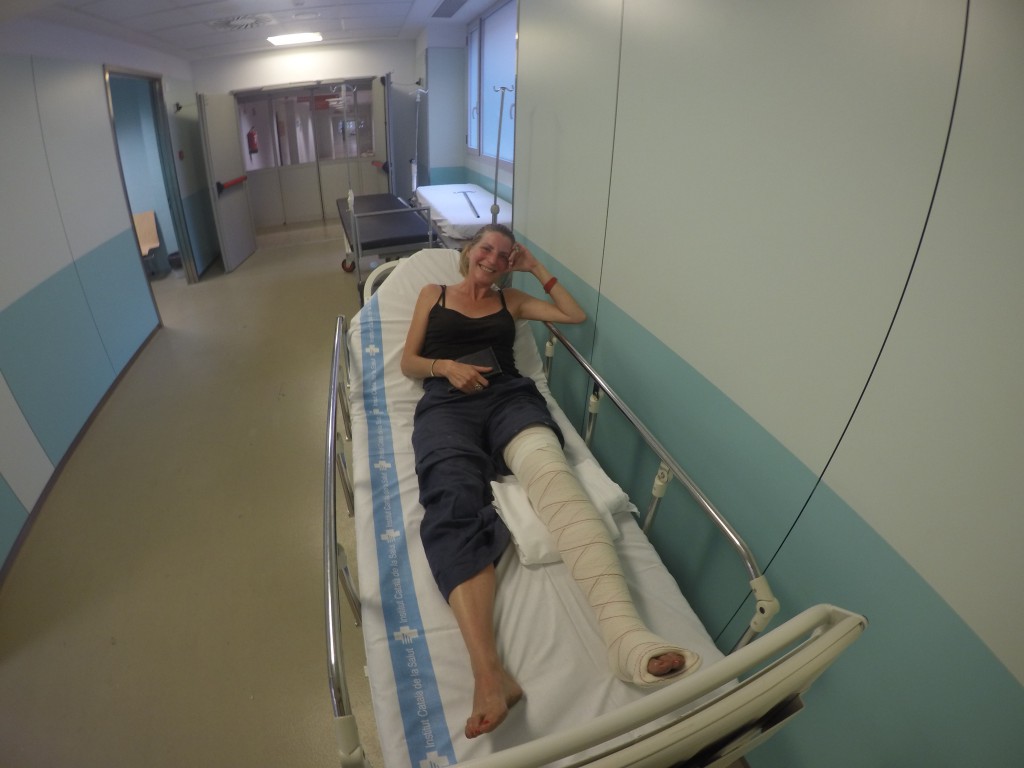 A two-hour drive to the nearest emergency room later and I was in the waiting room. The Catalonian (not Spanish) orderlies made jokes about speaking Italian like ‘Italiano! Spaghetto!’, while I was fretting about how dirty my feet were.

I waited roughly two hours, got X-rayed and was wheeled into the room next to me. The same one that we’d heard ear-shattering screams erupting from for the last hour.

The doctor was convinced my knee was back in, I wasn’t, and by accident two doctors-in-training popped it back in when they were wrapping it. The sound echoed across the room. And- the pain was finally gone. Like gone-gone. I got a half-cast that started falling apart maybe 3 days in, but I kept it on for the stability. I’m down to just a wrap and baby steps now.

One interesting observation about the Spanish hospital: an ambulance had brought someone in who didn’t make it. The family got the news in the corridor, and the body was wheeled back out to the ambulance without being covered. Such mixed feelings about that. 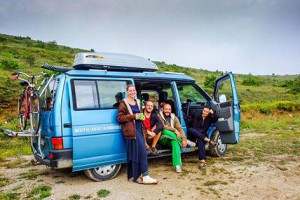 Gianni and Ivana from Nomad Is Beautiful, two fellow digital nomads, had been in touch with Armando for a while. We decided to meet on the road- and voila, we had our first overnight guests the day after the hospital visit. Gianni’s from Puglia (trullo country) and Ivana’s from Slovakia, which really worked out well. The boys could gossip in Italian while we girls had intellectual discourses sliding back and forth from English to Czech.

It was entertaining for us to see newbies to #vanlife. They held their own, for sure. It’s refreshing to be able to chat with other people who have had similar experiences and live in a similar way. We parted ways in Pamplona, and parted ways as life-long friends. We now have a new verb, too: to Mork.

I’m writing this from Basque Country, on a mountaintop overlooking the ocean. It’s a gorgeous, gorgeous place. We’re at a campsite that Armando’s going to video as a trade to stay. We’ll be taking some very much needed down time for a few days, just relaxing.

At some point soon, Armando’s going to be learning to surf (via Pablo’s oh-so-cool board) and we’re toying with the idea of running with the bulls.

It is a once in a lifetime chance we’re in the neighborhood and it’s just a few weeks away in Pamplona. I suppose it’ll depend on how itchy our Gypsy feet get. And after all, it’s not like I’d be able to out-hobble angry bulls. Grin. We shall see.

We’ll be in touch soon. Mel, Armando and Mork