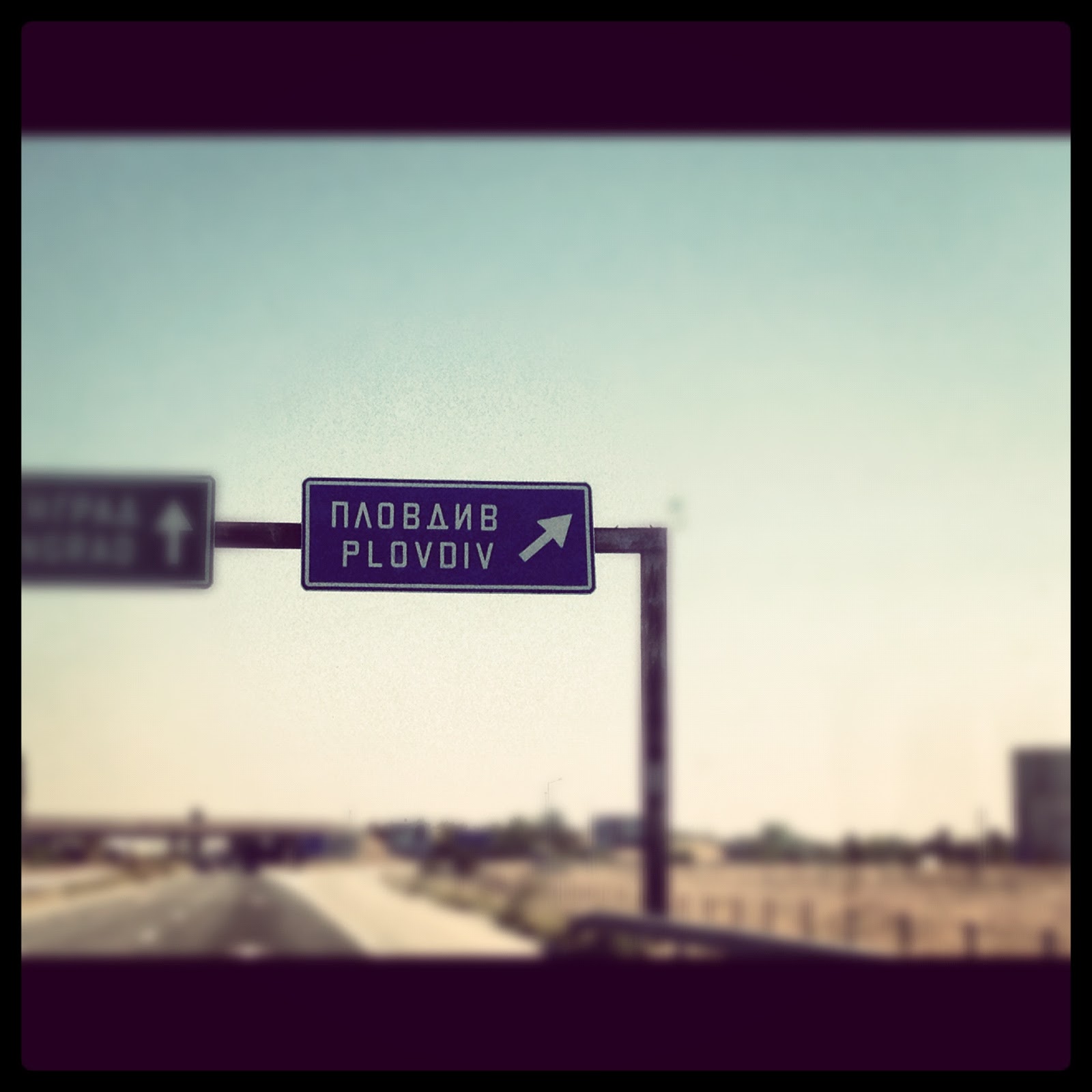 By Mel Candea on October 9, 2012
We stayed in Plovdiv for 2 days, in the street where Armando’s Italian friend Vincent lives. Discover Plovdiv was a stark contrast to Sofia.

Relaxed, smiling people and a seraphically serene atmosphere coupled with a terrifically long history made for a magical combination.

The first day was spent wandering around the ancient sites. I say ‘wandering,’ but what I mean is attempting to navigate the stone streets that have been around since 4,000 BC.

I was pretty surprised that some of the women wore stilettos that could cut glass, since I was struggling in my modest flip-flops. 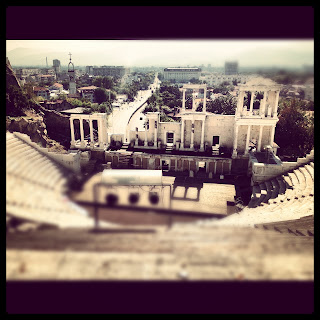 The history geek in me was jumping for joy, though.

Still original stones from the Greeks, the Thracians, the Romans and of course, the Bulgars. The streets, the walls, the entire atmosphere breathed ancient.

Everywhere we looked it was pure eye-candy. Two photographers- a beautiful city- please forgive us for the vast amounts of photos to follow.  The Roman stadium is the photo here on the right:

The second day, Armando decided to do some street chalking for fun, and by the time I’d swung by, he had a local posse of followers helping him out.

Plovdiv, for those of you that might not know, is the second largest city in Bulgaria and the second oldest city in Europe. It was named for Alexander the Great’s dad, Philip the 2nd. Which was a nice family tie-in for me. It’s also the town of a thousand cats, Plovdivians (is that a word-?) love their kitties. 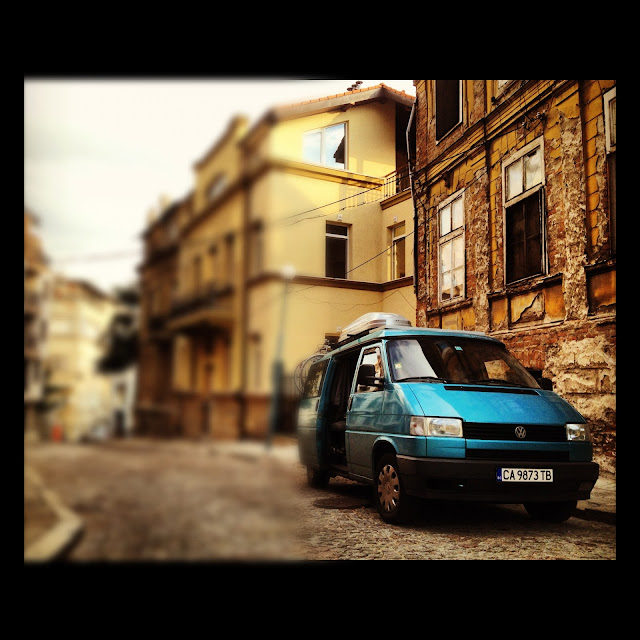 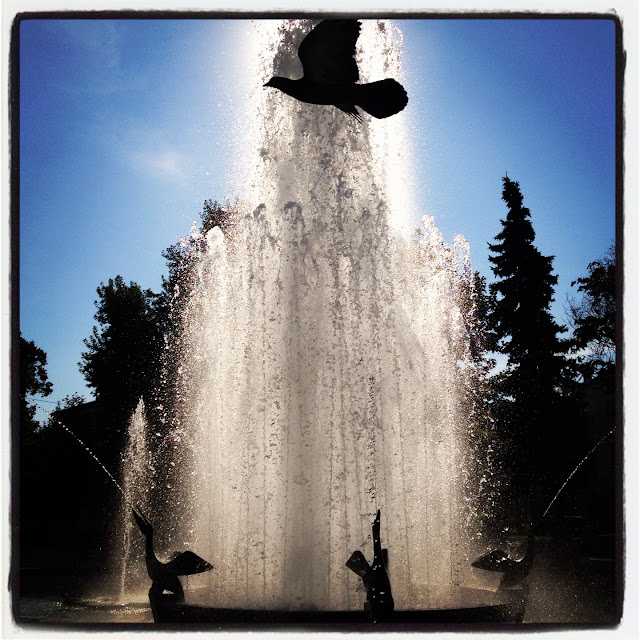 There were also a lot of quirky things, like the mannequin shop, the gypsy dancer in bridal gear and the local transports, i.e. cart and horse.

From one of the all-time most beautiful places I’ve seen (and you know I’m serious because I used italics), I’d highly recommend it as a holiday spot.

There were so many fountains peppered throughout the city, from the modern to the classical. There’s one special fountain in the middle of the largest park that spurts in time to music, and is lit up at night. They call it the ‘singing fountains.’

Armando’s picture- one in a million, with the pigeon flying across- was a highlight of our first day: 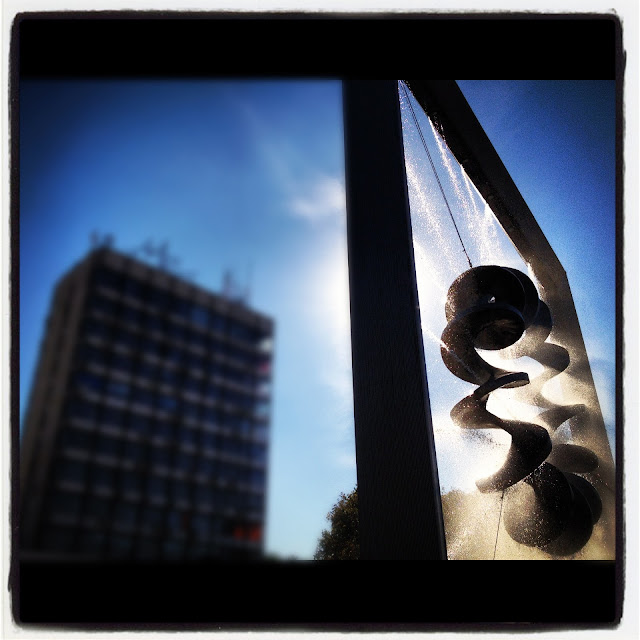 We parked in Vince’s street in the city center. It was almost disturbingly quiet after the bustle of Sofia, and we were slightly over the moon about the calm. The calm before the storm of Istanbul, perhaps-?

Vince was a gracious host, making us a nice spaghetti bolognese before taking us to a local pub to discuss the meaning of life. A philosopher, a chef and an entrepreneur, he’s a lovely fellow.

He suggested if I was asked in Turkey to claim Canadian citizenship- just to be safe. I’m not sure how serious he was about that. We’ll see.

Plovdiv, all in all, was a necessary respite before tackling a completely different country and culture. Armando speaks Bulgarian, I could squeak by on my rudimentary Czech there, but in Turkey we’ll both be linguistically at sea (pardon the pun).
A challenge I’m looking forward to. I’d be lying if I said I wasn’t just a tad bit intimidated.
But we’re going. And that, well- that would be that. Grin.
Share on FacebookShare on TwitterShare on Linkedin

Welcome to Turkey: No Parking Allowed 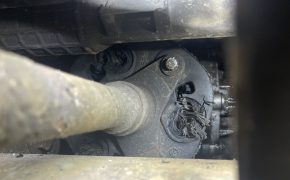