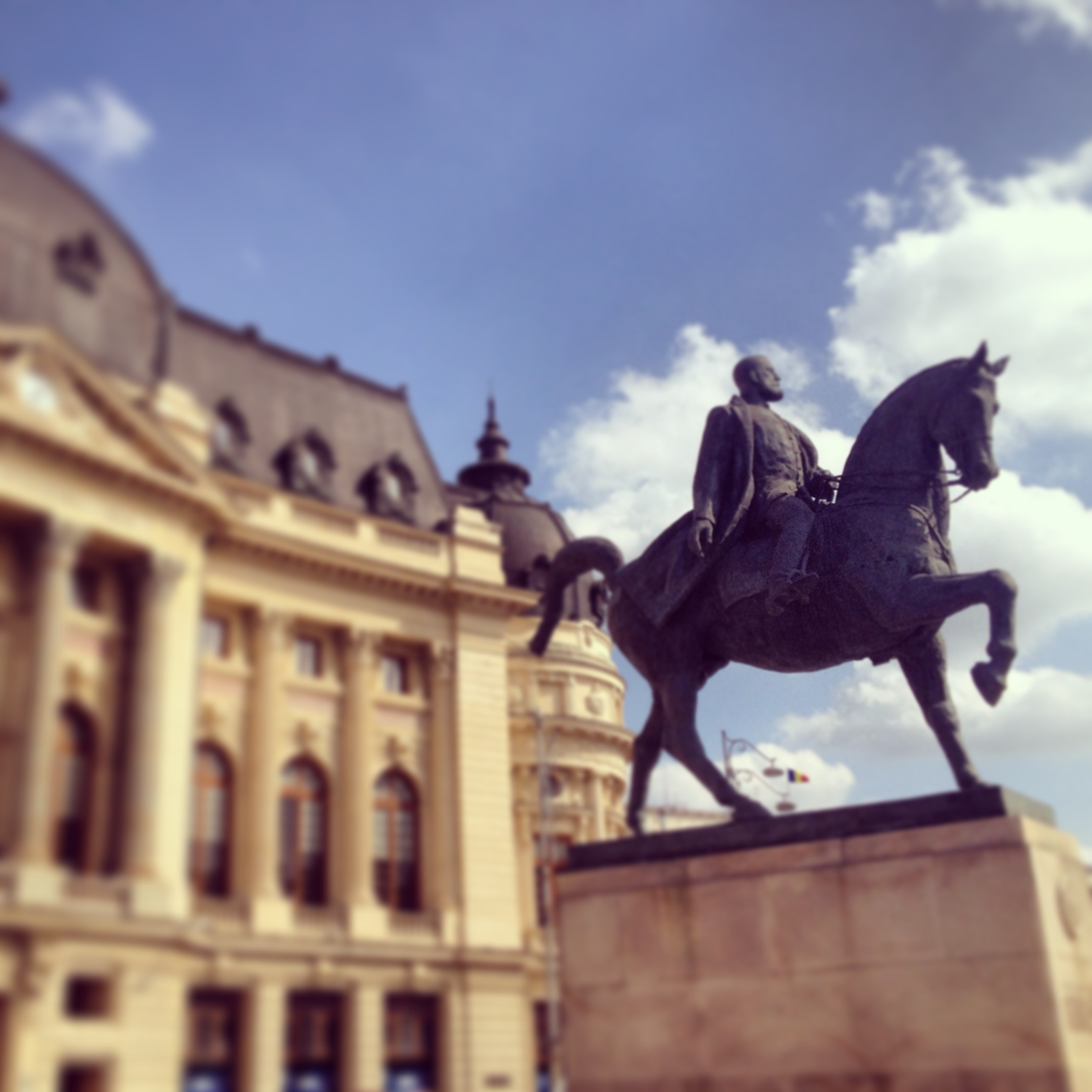 We made it safely across the Romanian border with a new stamp in my passport, and made our way to Bucharest. We’d searched for any interesting sites before arriving, and came up with just two: The Village Museum and Lake Vacaresti.

Two things struck us immediately about Bucharest: the absolute cleanliness and the lack of sites to see. Don’t get us wrong, we met some really lovely (and extremely helpful) people- it seems nearly every Romanian is fluent in either English or Italian- or both. It was a nice change.

We stayed next to a park in the northern part, which was shocking in how pristine it was. In fact, the streets, buildings and general atmosphere was one of super clean. I’d go so far as to say it’s the cleanest capital city we’ve ever been to. 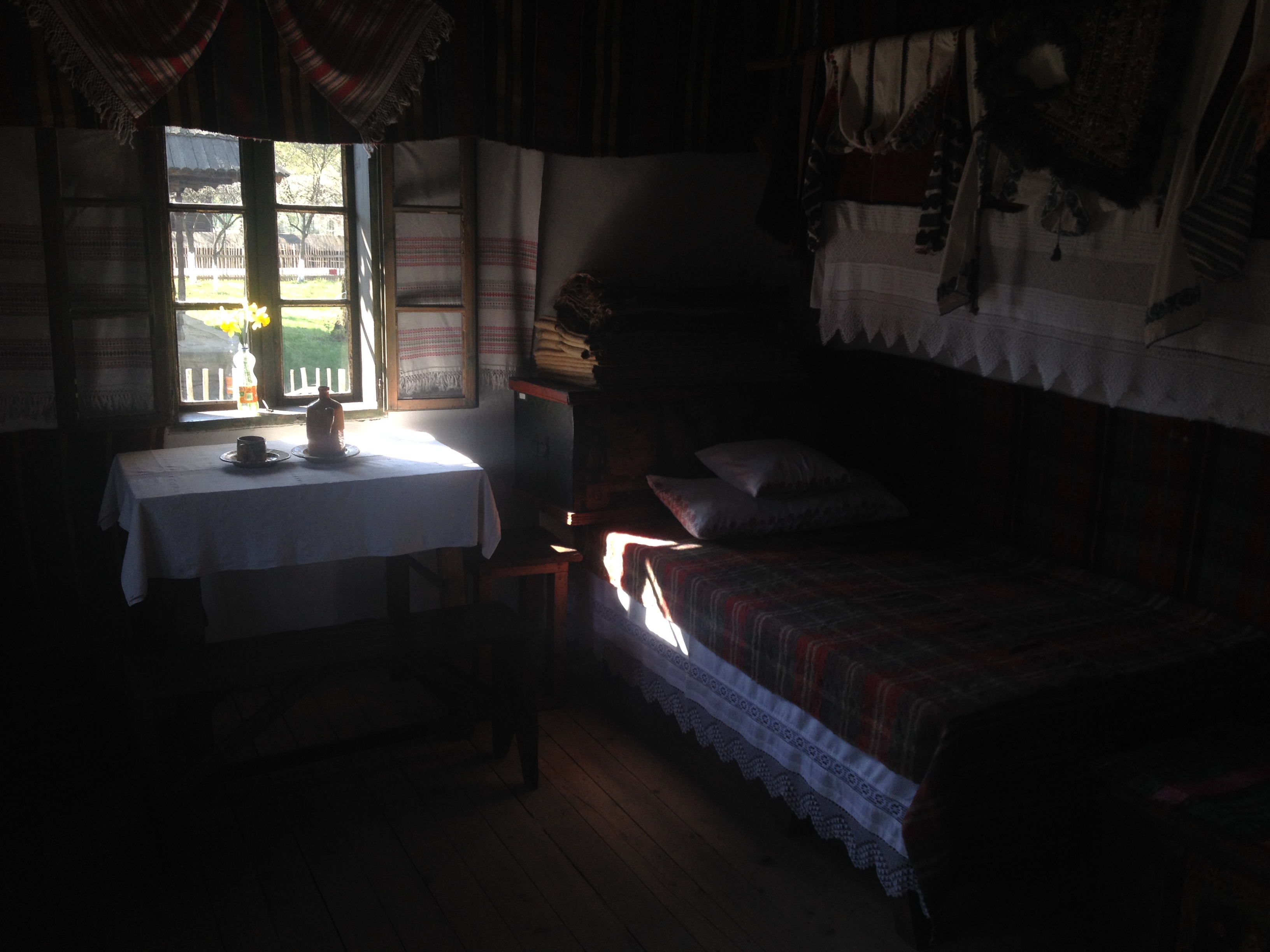 Unfortunately, we couldn’t find much to do. We weren’t interested in the Parliament Building (2nd only to the Pentagon in size); we don’t do much nightlife; and the museums all seemed similar. Until we found Muzeul Satului, or the Village Museum. It’s an outdoor museum in the heart of Bucharest, next to a picturesque lake and filled with homes that are testaments of Romanian history.

It was fascinating. Really. It started in the 1930s, where they moved and rebuilt the original homesteads, churches and buildings from villages all over the country. In some cases, the buildings would have been razed and the history lost. Our favorites were the separate summer kitchen (in a teepee shape) and the half-buried ‘rich people’s’ houses. They were rich because it took twice the amount of wood to build- and it also protected them from invaders.

We also found a nifty little artistic hangout, called Acuarel, that had a VW van being worked on outside and had various rooms and corners for people to work in. It’s kind of a co-op space that also does workshops and such.

I’d read about Vacaresti Lake, and wanted to check it out on our way from Bucharest to Constanta. The history is thus: under Communism, it was supposed to be an artificial lake- but the engineers miscalculated. The end of Communism meant the end of the project, and what has grown there is an independent ecosystem including non-native fish and birds. It’s an artificial lake that’s never, ever had any water as a lake. Ha. 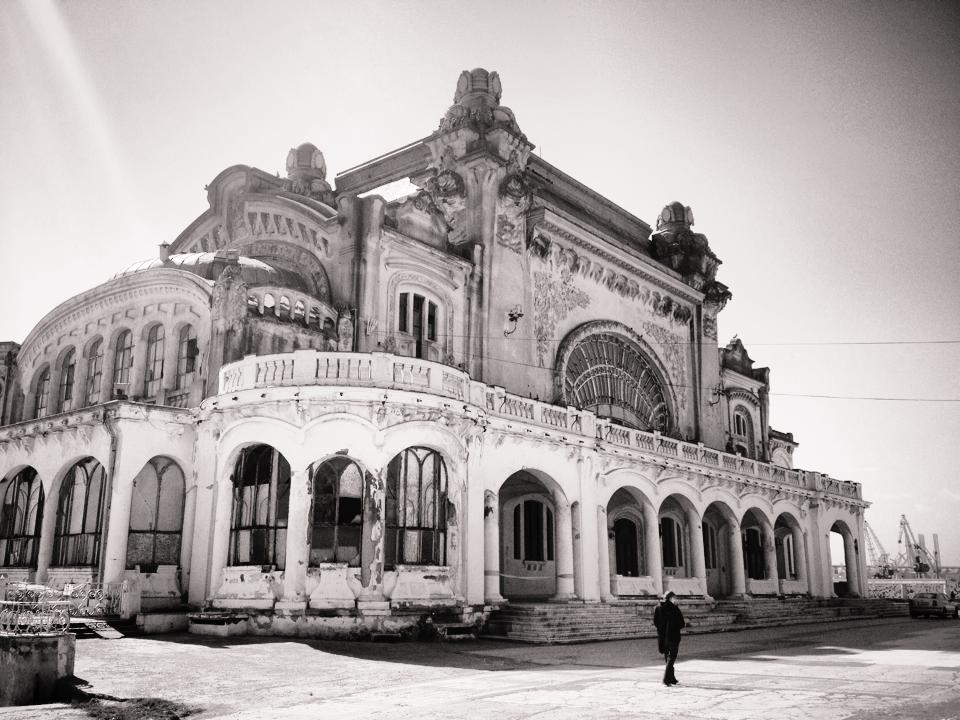 Constanta is a historically rich city, that’s undergoing a massive reconstruction campaign at the moment. Entire stretches of city blocks are under construction simultaneously.

We stopped by the Art Nouveau Casino, but the interior was off-limits, sadly. During WWII, it was a hospital and under Communism, it was a restaurant. It’s been abandoned since 1990- but it still has a poetic and romantic grace to it. We’ve got a meeting tomorrow with some of the city members to discuss possibly shooting a promotional film- and get inside access. Fingers crossed, eh?

Depending on the meeting, we might be here a few more days before trekking to the Danube Delta. We’ll definitely have to brush up on our non-existent ornithology skills for that. Grin.

We found a lovely camping spot in Mamaia on the lake, and as I write this, Armando’s fishing with a local on a Sunday. It’s peaceful, pretty and we’re feeling pretty blessed. Who knows, we may even have fish for dinner. Ciao from Romania, M, A & Mork