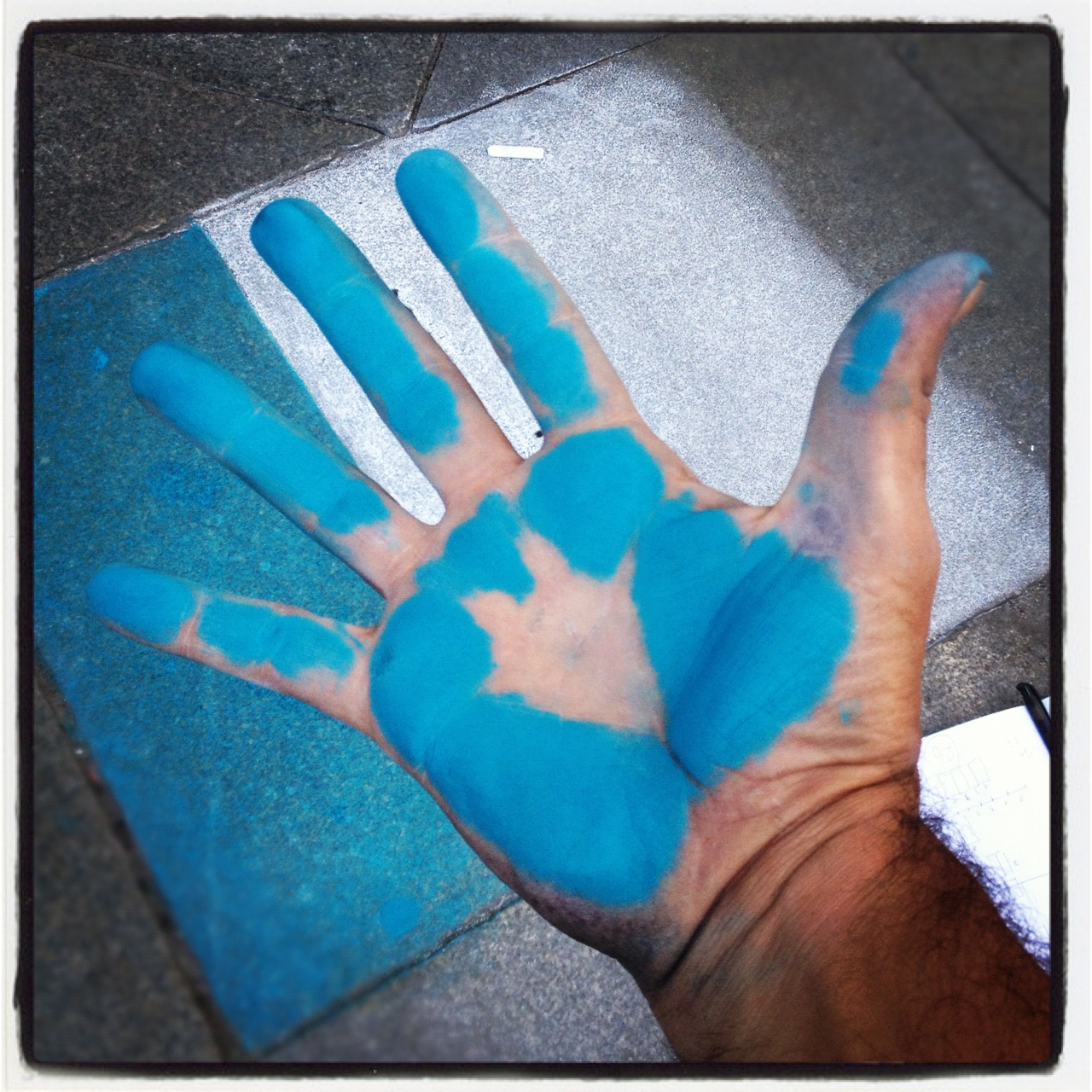 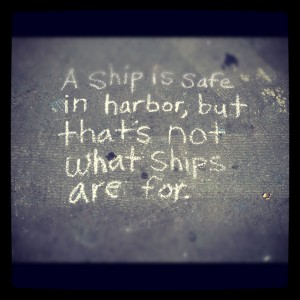 Actually the word came out one night, in Prague, in a hostel. A quiet night with other travelers from many counties. So let’s get started:

a Chalker is somebody that enjoys spending time in the street and draw with chalk, simply put. And that was me. Maybe not good as other artists but still good!

When I first arrived in Brno in 2012, on the way to Prague I was short on money- and one day I realized I can use some of my skills in the right way. I did my early studies in a fine arts high school and later in the Brera Art Academy. So I can say I enjoy drawing and I don’t mind sharing it with random people in the street. So I bought a box of colored chalks and just sat down in the main pedestrian street of Brno. I started with an over-sized copy of the famous paintings, like “The Dream” by Pablo Picasso, “The Great Wave” by Hokusai, and other artists, for example Munch, Miro’, and Van Gogh.

I saw from the beginning a good reaction from everyone that passed along the street- just glimpsing and giving me some tips. At the end of the day, with usually 6/8 hours work on the ground I was really happy and I didn’t mind the extra coins in my pocket. During the day, many people stopped by and asked me questions, interested in what I was doing. Just 2 days later I gave 2 interviews to local newspapers, wow! I learned a lot from this experience and I decided to do the same in Prague.

It was July and it was hot. I knew Prague from before, but I had the chance to discover it better. First of all city scouting, in order to find a perfect place to draw. As may you know, Prague’s streets are almost covered with cobblestones- not the right surface where to draw. And of course the spot should be in a pedestrian passage, to avoid problems with the police. And finally-! I found my place in Wenceslas Square in front of Mustek. A very crowded spot with a lot of tourists and good asphalt on the ground. Perfect.

I spent more than a month, almost every day, drawing in the streets. I use to write near the drawing some interesting fact about the painting I was going to draw on the ground. The main idea was to share information with the people, not just showing I can draw. Also, because I was in the right place, with so much asphalt around my spot, I was able to give free chalk to people and bring them to the ground to enjoy drawing with me, and I swear it wasn’t just kids. At that time I had the feeling that I didn’t know anybody in the city, but everybody knows me. And it was fun.

For sure the best feeling was to watch other people just be kids again and just let themselves go, without intimidation or judgement and enjoy the drawing part in pure harmony with the city. People from all over the world, with different experiences, stories, traditions- in the same place, at the same time- and expressing their visuals. Flags, faces, symbols, quotes, animals, flowers..whatever, but just something that is there, just for a certain time and that will go with the first rain, the same way as many of those people would leave the city. But that moment was the memory of those people and I’m really glad that they truly enjoyed it.

I also enjoyed drawing for my own fun and pleasure with different artistic projects, as in Brno first:

In Frankfurt and in  Prague:

Working in the street is not always easy: I can say I had several problems in Prague, with police asking me ID and tell me that is legal to draw but not to ask for money, And it was difficult to explain that I wasn’t asking but the people were giving to me. Or some more serious problem in Istanbul. And sometimes the work become more serious, using marble instead drawing, like in Sofia.