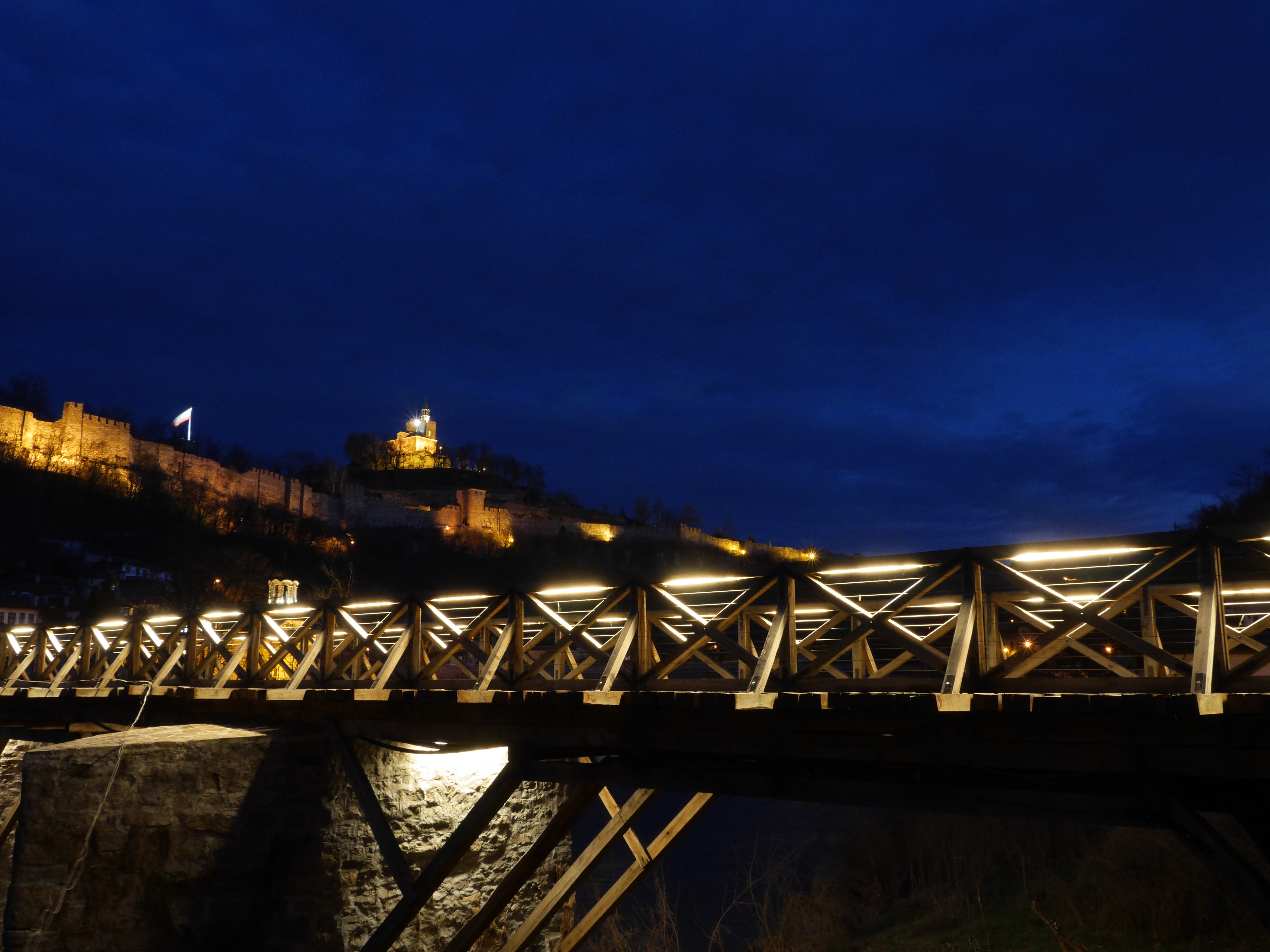 Apologies in advance, but this post is going to be long- we have a lot of diverse experiences to cover. Grin. Veliko Tarnovo’s most famous and most visited site, is the Tsarevets Castle. The town itself was the capital city of Bulgaria’s second reign, and boasts of being the birthplace of 4 kings.

On Thursday, we went into ‘Art Street,’ a winding little lane that has shops of a new/old Renaissance. Many of the shops are traditional- truly traditional. We interviewed a ceramicist named Dimitar that uses shards of ancient castle ceramics to recreate his pieces by using the old methods his mother taught him. One piece can take up to one month to come to fruition.

Kristian, a wood carver, works with his father in making small figurines from blocks of wood. Our favorites were the 3-piece typical Bulgarian man with a huge mustache, his donkey and his cart; and a wooden spoon that doubles as a whistle to call ‘dinnertime.’

Kiril is a knife smith (is that a word-?) and I know some hunting peeps back home that would give their right arm and leg for one of his hunting knives. He learned the trade from his grandfather. The knives are light, liquid steel with antler handles. 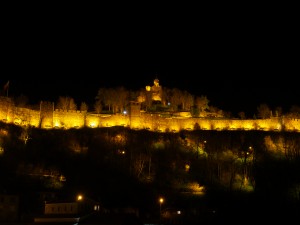 Friday during the day was a work day, with the night celebration of ‘Sound and Light’ on the castle. Different colored lights create and highlight the span of the castle to classical music- it really was beautiful to see. Apparently it’s a rare show and there are few like it in Europe.

Saturday was the celebration of Veliko Tarnovo, which we started out by hitting the 5th Annual Trabant Festival. We both love Trabants, so that was a no-brainer. There were roughly 50 lined up, from pretty bad shape (still drivable-!) to souped up modernized hipmobiles. We spoke to a fella named Alex, from the former Eastern German part of Germany. He’d driven his family car. They’d had to wait on a list for 14 years to get their Trabant and it was like a member of the family.

We also stopped by Tam, to chat with Violet and Galin about their café/club/cultural center. Tam is one of those places anyone can go to and feel at home. They also try to involve the community and hold cultural events that you can’t find anywhere else in Tarnovo. I found a like mind in Violet- she’s a fellow avid reader and donated a book to the Mel Collection (thanks, Violet). 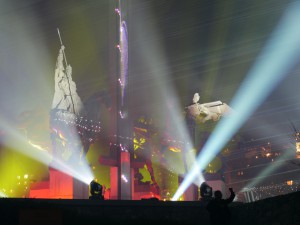 We had tickets to ‘light the lamps’ that night before the 3D show, but the crowds and the fates were against us. We pushed through the mass of sardines to the police line, holding up our tickets, only to be told ‘No, it’s finish.’

Bless Armando and his fiery Italian persistence. It was 7:30 and the lights were to go up at 8:00. He kept at the policeman, asking him why, if we have tickets, can’t we go through. ‘Finish. Finish.’ Armando then throws out that he works for National Geographic and needs to get the footage, hoisting up his tripod and camera as proof. Someone from the back called ‘Yeah, and I work for Animal Planet!’ In the end, we were let through- but they were out of lamps.

Instant karma kicked us soundly, though, because at the end they wouldn’t let any of us out. We had to sit through 3 renditions of the (ahem) 3D show* and by that time all of us were freezing. Huge mismanagement of the crowds and the little town of Tarnovo can’t really handle a few extra thousand people for one day.

Super tired of the crowds and such, we decided to check out a canyon about 25km from Tarnovo next to a village called Emen. The information we found: one Turkish family lived there and you could take a beautiful tour on the bridges in front of the waterfall. The photos we saw were breathtaking. 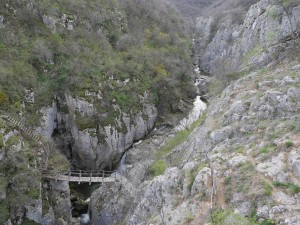 The reality was a wee bit different. The village held about 50 houses with one of the teeniest shops I’ve seen in awhile. The kind of shop that we arrived before the fruit and veg did, and they only had cups of soup. The shop lady was very helpful with directions, and we started our hike.

The canyon is really pretty and the walk was fragrant with all of the blossoms and spring flowers mingled with pines. When we reached the bridges, they were mostly out with redundant ‘Danger’ signs. We couldn’t really see the waterfall. The caverns below were difficult to get to, though they looked pretty from a distance. The lake is probably fantastic in the summertime. We did enjoy the walk, the atmosphere and the serenity.

We spent last night parked below a bat cave (we didn’t go in deep, since we’d been warned not to disturb them) and actually spent a very peaceful night there.

Whew! You asked for a catch up, kids. There you go. Grin. We hope this post finds you and yours well and a happy start to spring. M, A & Mork