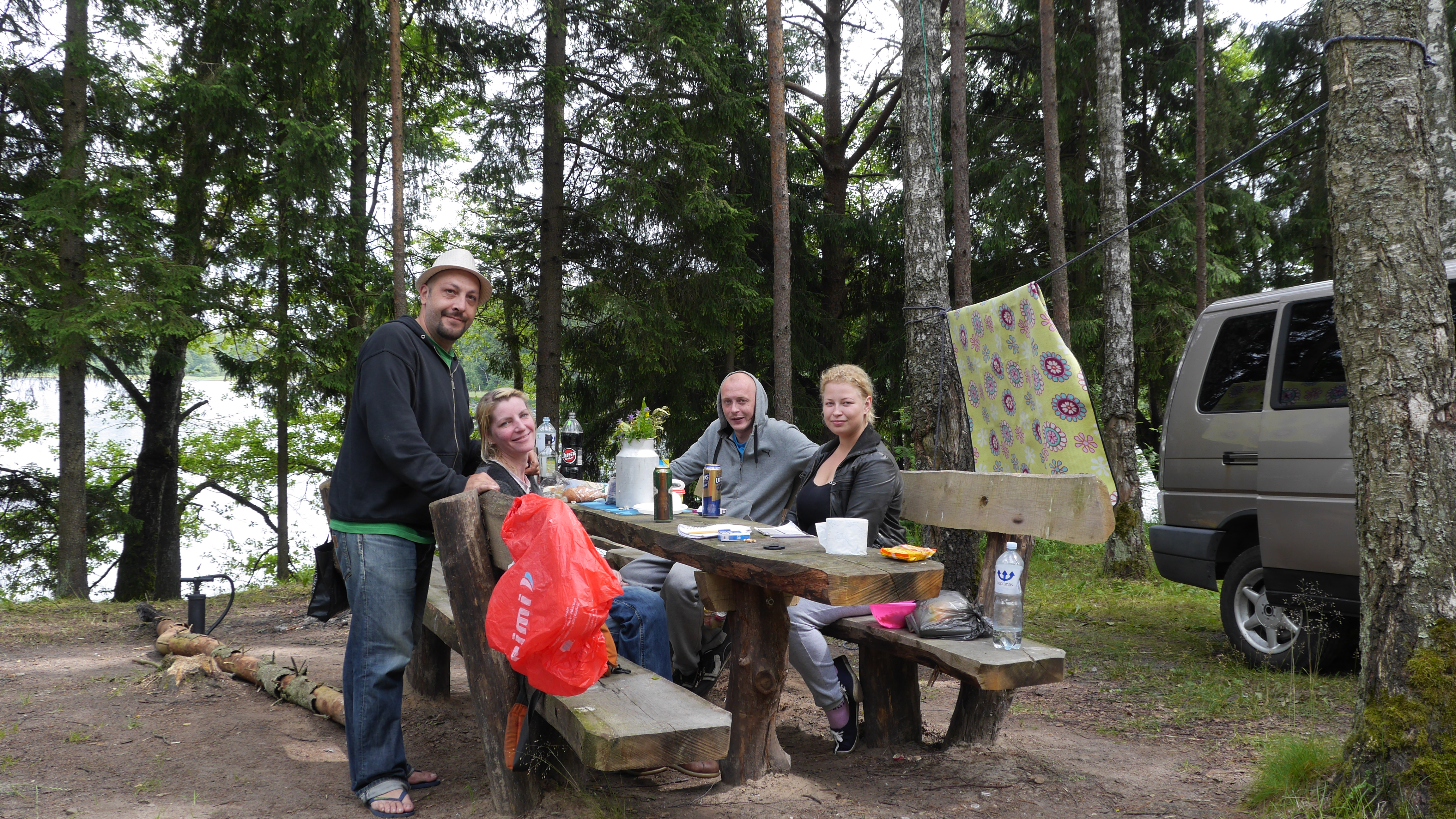 A Swan, a Singer, Hills of Witches and Crosses: It’s Been Lovely, Lithuania

We’ve had many interesting adventures and meeting the last week and a half or so. We’ll try to catch you up on the highlights.

We went to the Neringa peninsula (ferry & car tax round trip: 105 litas), which borders with the Russian state of Kalingrad. We met Tony and Bea on the ferry- probably the shortest ferry, ever- and offered them a lift into Nida. 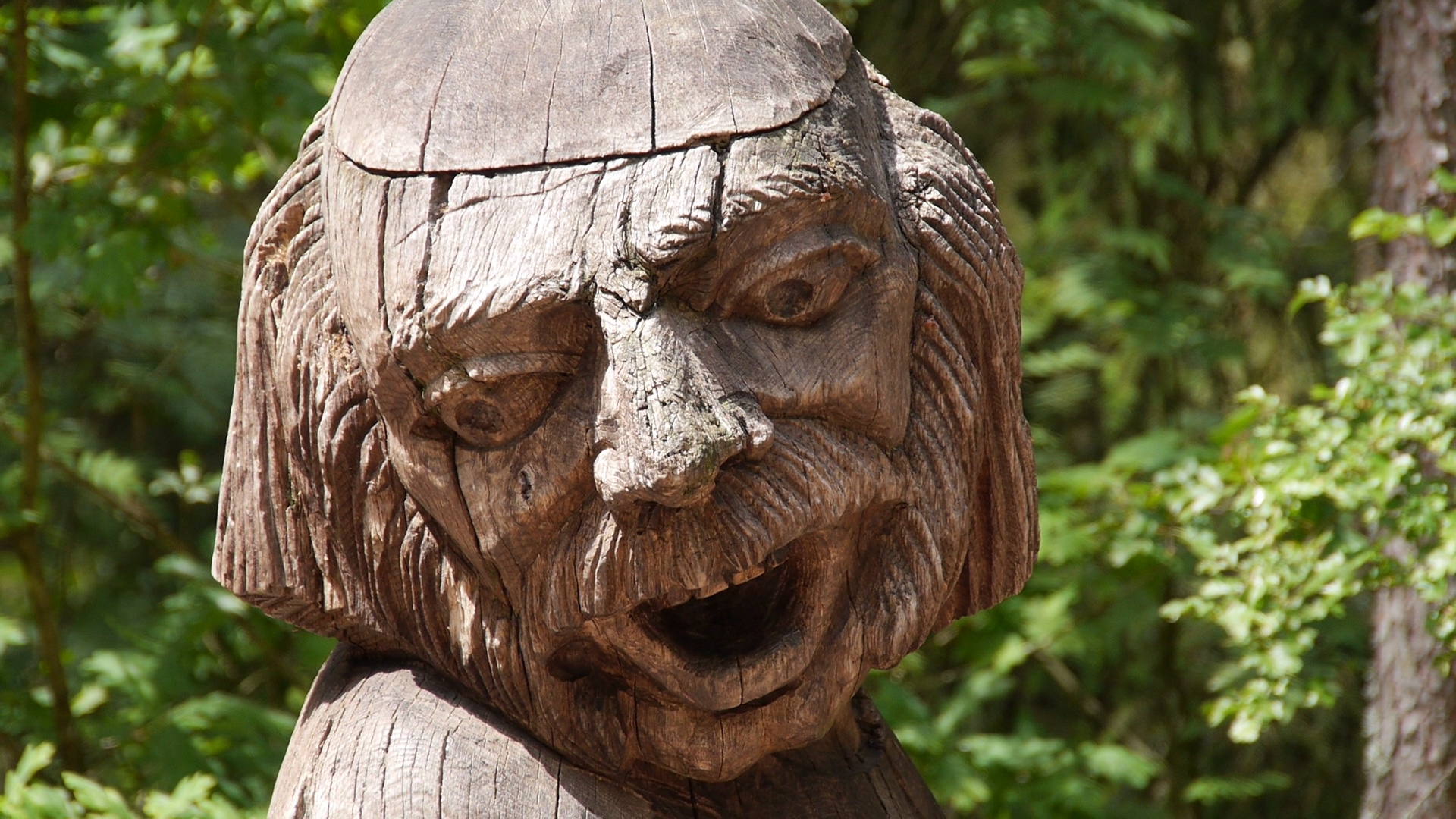 They were an American couple. Tony was born in Lithuania and became a refugee at age 4; lived in refugee camps in Germany for 6 years before being relocated to Australia. Bea has an Armenian background.

They kept us rapt with their life stories.

On the way to Nida, we stopped by the Hill of Witches and took the walk together. The rumored history is that under Communism, Lithuanians embraced their Pagan history in quiet protest.

The wooden statues are Pagan and fairytale stories and characters from Lithuanian lore. The thick, green forest surroundings made it feel dreamlike.

After dropping them off in Nida, we went to the Saulës laikrodis clock and the sand dunes. On one side is a large lake, on the other the sea and from where we stood both were visible.

When we woke, we noticed a car parked next to us, and a woman sleeping in the back. We checked to see if she was ok, and in return for that kindness she asked if she could sing us a song of peace.

We kind of thought she was a little barmy, but we’ve learned to roll with it in our lifestyle. Agne (her name means ‘fire’) began singing and we were both blown away.

The purity of her voice, combined with the sea-salt winds and the slight drizzle was mesmerizing.

She mentioned she wanted a music clip. Armando mentioned he was a film director. They shot the video that afternoon. Grin.

A baby swan was our next encounter. We were lakeside and noticed a baby swan stuck in the mud on the shore. The parents simply swam back and forth, hissing if anyone came near.

Swans, when angry, are not the safest to be around.

I distracted daddy swan while Armando scooped up the baby. It was hurt, somehow, so we drove to look for a vet. Two towns later, we wound up at a police station that took him in.

We returned to the lake, opting to park in a different place. There was another minivan, and we met Edite and Paul, a Lithuanian couple on holiday.

They were sweet, lively- highly entertaining– but if neither of us sees another shot of “Lithuanian Jagermeister,” we won’t be disappointed. Ha.

The Hill of Crosses was the next place on our list. It was impressive. Photos don’t- maybe can’t– capture the vast amount of crosses.

Thousands upon thousands sandwiched together, looming over your head, teensy crucifixes wrapping larger crosses. Twice Soviet soldiers razed this place, and twice it was remade larger than the last.

We’re now gearing up for Latvia. Before we go, we’d like to thank a few people for unforgettable moments:

Georgi & Suni: pizza chat and the inside scoop on airplane technicalities

Tony & Beatrice: your life stories were both humbling and inspiring

Agne (& ‘Little Fish’): we loved your gift of song, the caricature, the camaraderie

Paul & Edite: it was so nice to meet fellow van people and have a night out with friends, great convo about the North