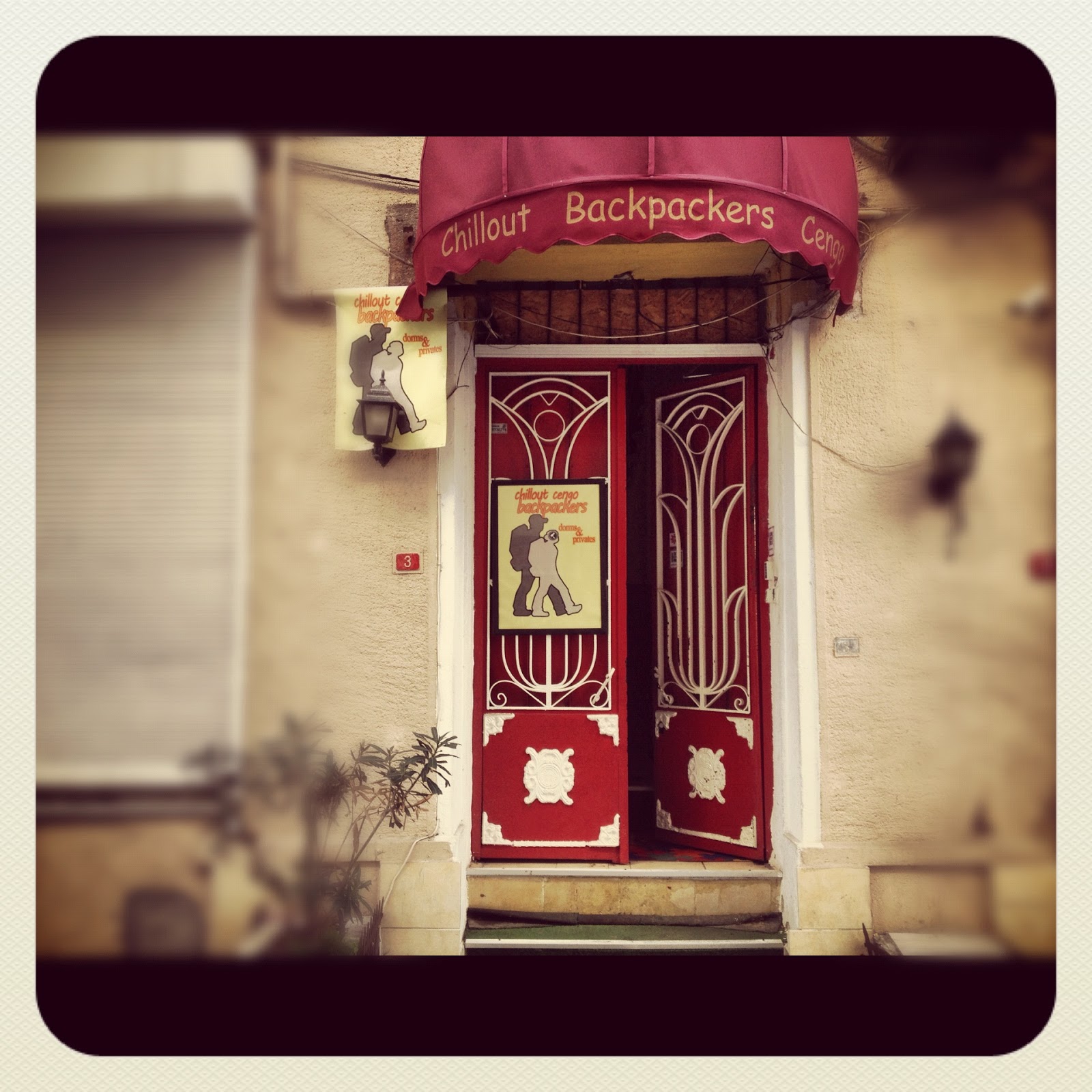 By Mel Candea on November 5, 2012
We spend an inordinate amount of time in the Chillout Hostel (now closed, sadly**),a great Istanbul Hostel to check out (Halas Street, No. 3 Taksim) Cengo, not the group-floor Chillout. There are several reasons for this: our gas, as I’ve mentioned, and our jobs. We actually do work for a living. Truly.
**Now apparently AddresSuites Hotel 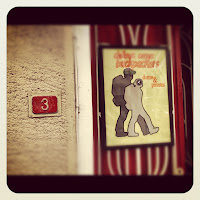 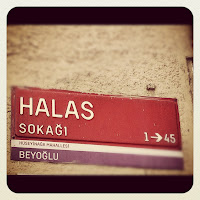 Armando’s starting a new job filming local places and doing interviews, which have to be uploaded and sent to New York. He also has films uploaded on great sites advertisers use.

I write online for a sort of stock company, who then shops out my articles to various sites like Reddit, et al. We’ve chosen our strengths and built upon them so they’re travel-able. This means that we need an internet connection to work. Thus, the very sweet hostel we don’t stay in, but feel like we do.

We’ve met so many Good People that I can’t begin to mention them all- but I can take a small stab at the notables.

Nina, the Bulgarian Armando knows from Sofia, is also a photographer. Bob (my camera) is getting fixed Monday, thanks to her and her hubby. She’s bubbly with a killer dry sense of humor. 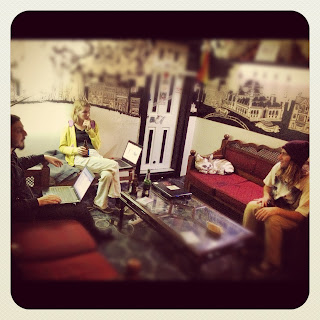 Mehmet is the guy that wrote Armando back, offering us a place to shower and use the internet. He’s an integral part of the backbone at Cengo, and he’s full of stories and life.
Kamila is a new arrival. Her first day was our first official day in Istanbul. She also does recycled art and has a booth at a local fair at weekends.

Handan is a student that is also a writer, and she hopes to do a combination of traveling and writing in the near future. She’s helping us chase down our lost sheet. And she’s got a lovely stalker. Grin.

Without these guys, we’d literally be lost.

The cleaning women (there are two) pretty much keep to themselves, and the language barrier keeps us off of their radar.

The Hostel Denizens and Guests

It looks as if the Syrian cousins are leaving, but another Syrian arrived yesterday- or at least I met him yesterday. 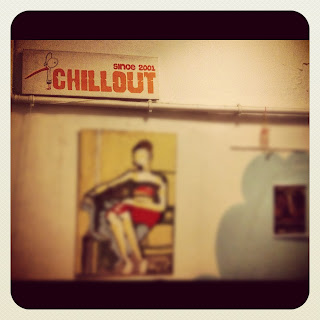 There’s a sort of ‘Syrian refugee camp’ in the hostel, which I mean in the most kind and affectionate sense. They all have stories that need to be told, or at least relayed via a second party- me.

I know that most people in the U.S. haven’t a clue. Nor did I, I’m not ashamed to admit. I think you don’t pay attention to things that are too abstract, a war-torn country that you have no personal connection with.

We now have several connections with fleeing Syrians. Here are a few moments:
The Cousins: Two young guys that could easily be mistaken for U of M students had to come to Istanbul to try to get American visas. The American Embassy in Syria was closed, for obvious reasons, and Istanbul was the closest. 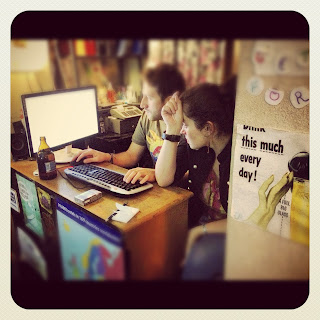 They made an appointment, waited for days on end- only to be told in a short ten-minute meeting they were denied a visa. 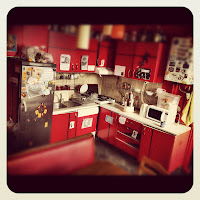 Because their Turkish visa was for three months, one month had been spent- and the States would consider them illegal immigrants looking for work. Bureaucracy, in all of its beauty.

Forgot to mention: his dad lives in Alaska, legally.

They tried Sweden, who had posted on their Embassy site in Arabic that they’re taking in refugees from Syria. The soldier at the gate turned them away, and no one’s picking up on the embassy phone.

They’ve now got tickets to Egypt, thank goodness, where they can work and live. And hopefully reunite with their families in safety.

Another Syrian, the Soldier-Poet, is just looking for peace. He wants to get his message out, about what is happening in Syria. To quote him: ‘We marched without weapons and they shot us down. I have seen things, lost people… no one should have this. No one.’ For a young guy, he’s got a visible age and wisdom about him.

The other two Syrians: one lived in the States, in Florida- and he’s pretty upset the States hasn’t stepped in to stop the killing. ‘You go everywhere, but nobody does anything about Syria. Why?’ I had no answer. The other that I met yesterday: ‘The Americans are helping us, the Kurdish. We have soldiers from other countries protecting us- my family is safe. But I had to escape.’
I wish each of them well, wherever they end up.
As for other residents in Cengo, the ones we’ve got to know at least by sight, we’ll start with Preston the Pregnant Cat. Or the fat cat, the jury’s out on if she’s carrying kittens or just carrying. She’s a stray. And she eats like a queen. 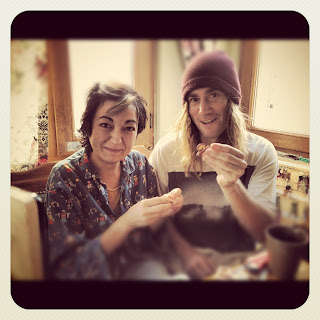 The Oz Skater, Scott, is also on his way to Egypt, just to visit and surf/dive/what-have-you. He’s a night  owl/wry lifely observer (which I find most Aussies are, Mel Gibson excluded).

There were two busloads yesterday, one German/Finnish ‘I English speak perfect’/Swedish and one Czech. I didn’t bother letting on I could understand their moon* language, since they spoke mostly in curse.

There are some we’ve made longer connections with: Ellis from Missouri, who teaches English and Emily (soon-to-be-teacher) that’s visiting England for the moment. Ellis’ personality is larger than life and he has a laugh to match. Emily is a fountain of quiet energy.
We’ve both recently met the owner, though I wish I could alter: ‘Just finished an article on kissing myths, people can get braces locked…’ intro. Armando had a much more normal and smooth greet, the normal way (over a beer), and it looks like he’s going to be a cool guy to hang out with.
We’re going to a ‘pulled pork Sunday’ dinner tomorrow night, hopefully with Nina and Ellis in tow. I never thought I’d miss pork, of all things Czech, but there you go. As I’m sure you’ve figured out, pork isn’t exactly a top menu item in Turkey. I haven’t seen this much beef since I was Stateside.
Funny how life works, idn’t it? Will keep you posted on if Preston has actually popped or not, until then we’ll see who and what the cat drags into the Cengo Hostel tomorrow.
Share on FacebookShare on TwitterShare on Linkedin