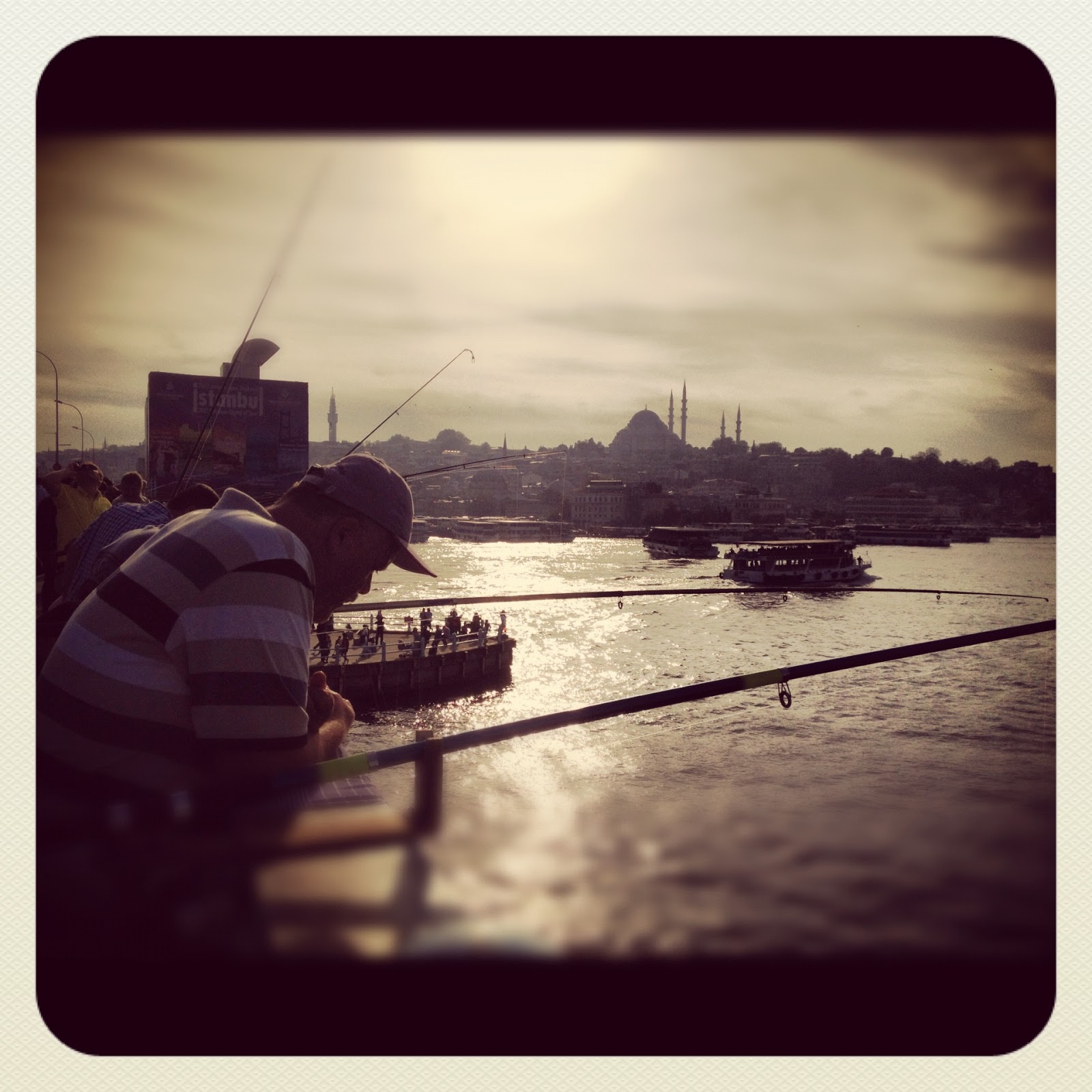 As you might not know, we have 3 fishing rods with us, but actually there’s only one that works (the other 2 need some… adjustments or encouragement).

When we arrived in Istanbul, I saw how many fishermen fish 24/7, everywhere in the city – especially on the Galata Bridge. Where it’s always incredibly difficult to find a free space. Here’s a short guide on how to fish in Istanbul.

I’ve tried out my fishing skills several times, and I can tell you I’m really an amateur at it. I also happen to have no patience at all.

I decided to try a different spot in the city where I met some nice colleagues* who taught me (in a sort of Tenglish, the English-Turkish dialect- with lot of gestures, hmms, huhs? and …yes-!) different types and kinds of fishing. 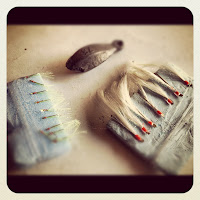 The first try was with a ‘Cippare’ (it’s the same in Bulgarian): a fishing line with several hooks and a plastic metal strip on every hook to attract the fish’s attention. You just put it in the water and move your arm up & down.

Well, I didn’t do too badly at all.

After a long waiting period, I got six small fish in less than 3 minutes. I was really surprised. But after that miracle… silence. I’m learning fish are good at doing that.

Fishing with a Sinker and Bob

Another day, but in the same place, another colleague* gave me a different kind of hook. 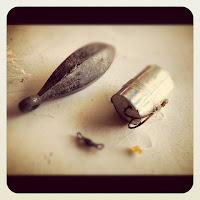 I just bought a heavier sinker for the line, with a bob and two big hooks. I was fishing for bigger fish in the same spot where I caught half of a little fish just half an hour before.

Throw it as far you can from the seaside, without hooking your fishing line into one of the several ferryboats passing by. Hopefully. Wait for the sinker to drop to the bottom of the sea…. and… reel back the line, as fast and as furiously as possible.

For all of my work I got… well… nothing. Except for a terrible pain in my left hand caused by the repetition of the same movement, and some frustration. 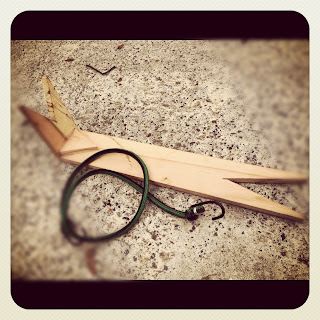 My last attempt was right on the Galata Bridge. After trying with the Cippare again, a nice uncle* that was fishing with his wife gave me a present: a wooden support for the rod.

Almost all of the fishermen on the bridge have them- if not, you have to hold the rod in your hands for hours. He also showed me another way to fish from the bridge. I had the same thing he was using (from the Princes’ Islands) so why not give it a try? 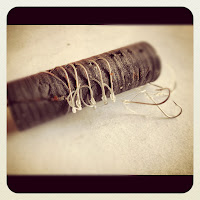 Basically, it’s a fishing line with ten hooks really close to each other and a floating bob.

Close to the hooks you put a piece of bread around the line itself and tie it tightly. You almost smash it, in a way, just to make it really compact.

After that you take the line and start to spin it around the piece of bread together with the hooks, really really tight, so the hooks go deeply inside the bread. After that, you need just a 7.5 Gr weights and leave all of it in the water (approximately a meter from the surface).

The day was clear and sunny and from the top you could see all the fish swimming around the bait. The nice uncle caught 2 or 3… and I went back to Mork with an empty plastic bag. But at least I’m happy that I’ve started to learn different techniques now, which I can always use in different situations.
And if we have a craving for fish we can still buy some fish from the local market. -Armando
Share on FacebookShare on TwitterShare on Linkedin