We’re usually quite good about posting regularly on our ‘top secret’ new post days, but we’re flouting the rules to introduce you to Ziggy.

We’ve been staying in Taghazout the last few days, because it’s a surf hotspot and the WiFi isn’t as shy as it is in many places. Granted, some of our parking choices involve words like ‘boon’ and ‘docks,’ so it’s not so shocking. 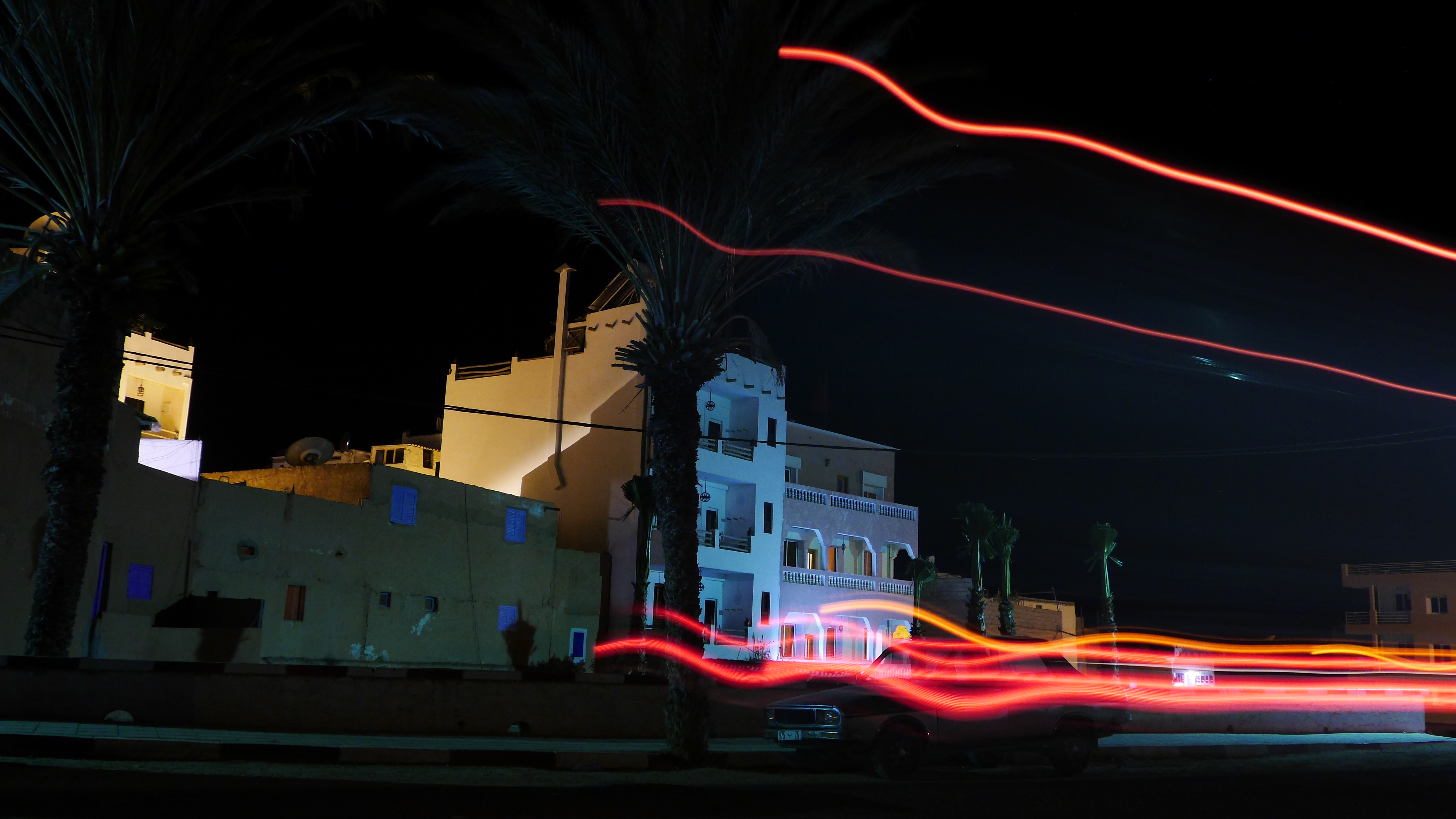 Last night I was already tucked up in bed with a book while Armando was off shooting the town lights at night. We’d noticed a pack of dogs, all sizes and denominations, from 4-6 at a time. There are so many stray dogs and cats here (and possibly a few donkeys, too, but the jury’s still out on that one).

Armando returned, and was surrounded by a small group of dogs. He opened the door and one jumped in, cowering in the corner of Mork.

The other dogs were still barking and such outside the door, obviously bullying the chap. We decided to wait until they’d dispersed to let it out. When all was quiet on the canine front, we both tried.

The dog refused to leave. It was in such a sorry state- at that point we’d no clue if it were injured (we couldn’t see anything), it was quiet and calm, and we made the executive decision: we’ll let it stay, but if it scratches at the door, we’ll let it go. We won’t hold an animal against its will, you know?

I have to inject here: I’m a huge softie. I’ve wanted to keep every stray that has ever crossed our paths. Armando’s the one that has remained strict: no animals in Mork.

Well, that rule has been heaved out the window and stomped on. 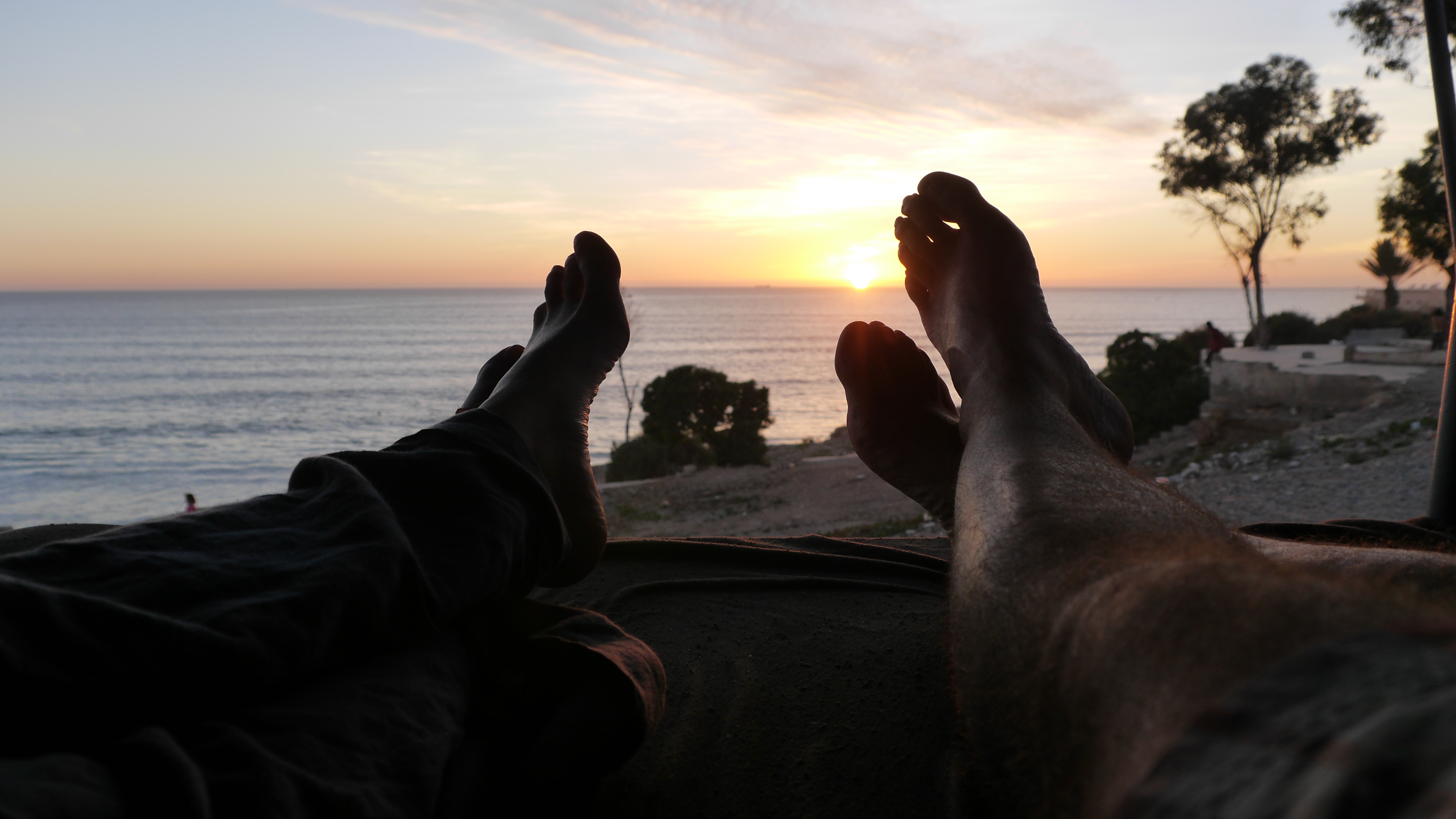 The next test: open the door and let it frolic. It came back and guarded the van while we were having our coffee. The next- and most important test- how will it travel in the van? Calm as a cucumber, it turns out. I think it’s the mellowest dog I’ve met.

We spent the morning looking for a vet in Agadir, the closest ‘big’ town. And then the morning to get the news: it’s a very healthy 3-year-old 80% Spaniel mix. He got his shots, his chip, a much-needed bath, a new collar and food. A name: Ziggy Stardog. And a new home.

We’ll have to wait for a month or so to get his passport, but good golly: how quickly life can change in less than 24 hours, eh?

We’re thankful that someone left him behind, so that he could adopt us. The vet told us he’s been somewhat taken care of and somewhat trained, which means he was abandoned. Their loss is our gain.

Vanlife in Morocco: A Short Guide