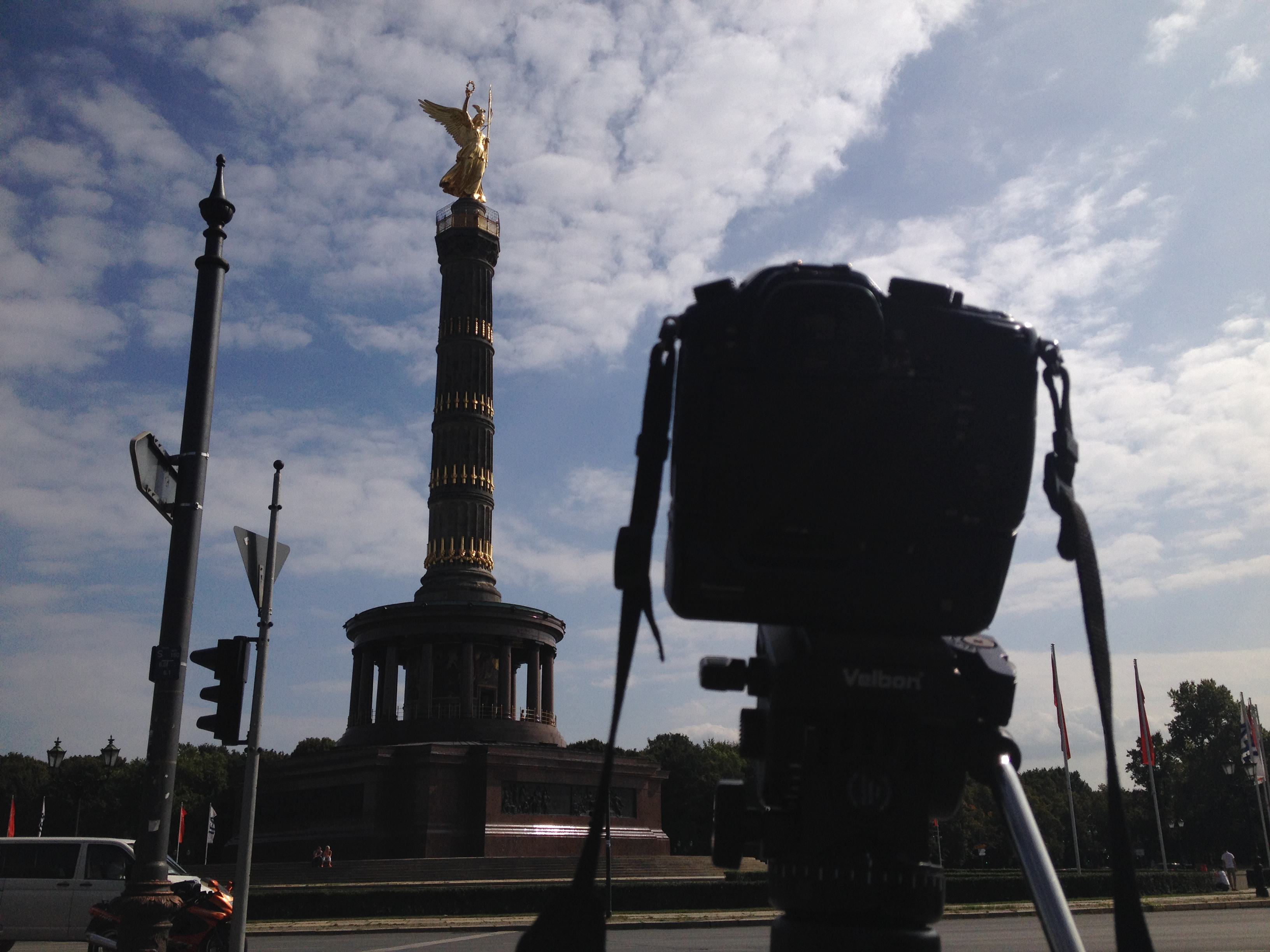 As a time lapse ‘passionate’ and a digital nomad, I decided to put together some useful information and to share it with you. This will be a list of the best places where to place your tripod and your camera and to start a time lapse in each one of the European capitals I’ve visited during my travels. I’ll start with one that I really like: Berlin. And this is my top ten timelapse location.

Berlin is a really interesting mix between modern and old architecture and has its own particular style. For sure you can spend lot of time wandering around to find some nice spots for your time lapses, but here I will give you some tips of what I liked most, and of what I did not have the possibility to shoot- but I saw other peoples’ work that I really admired. 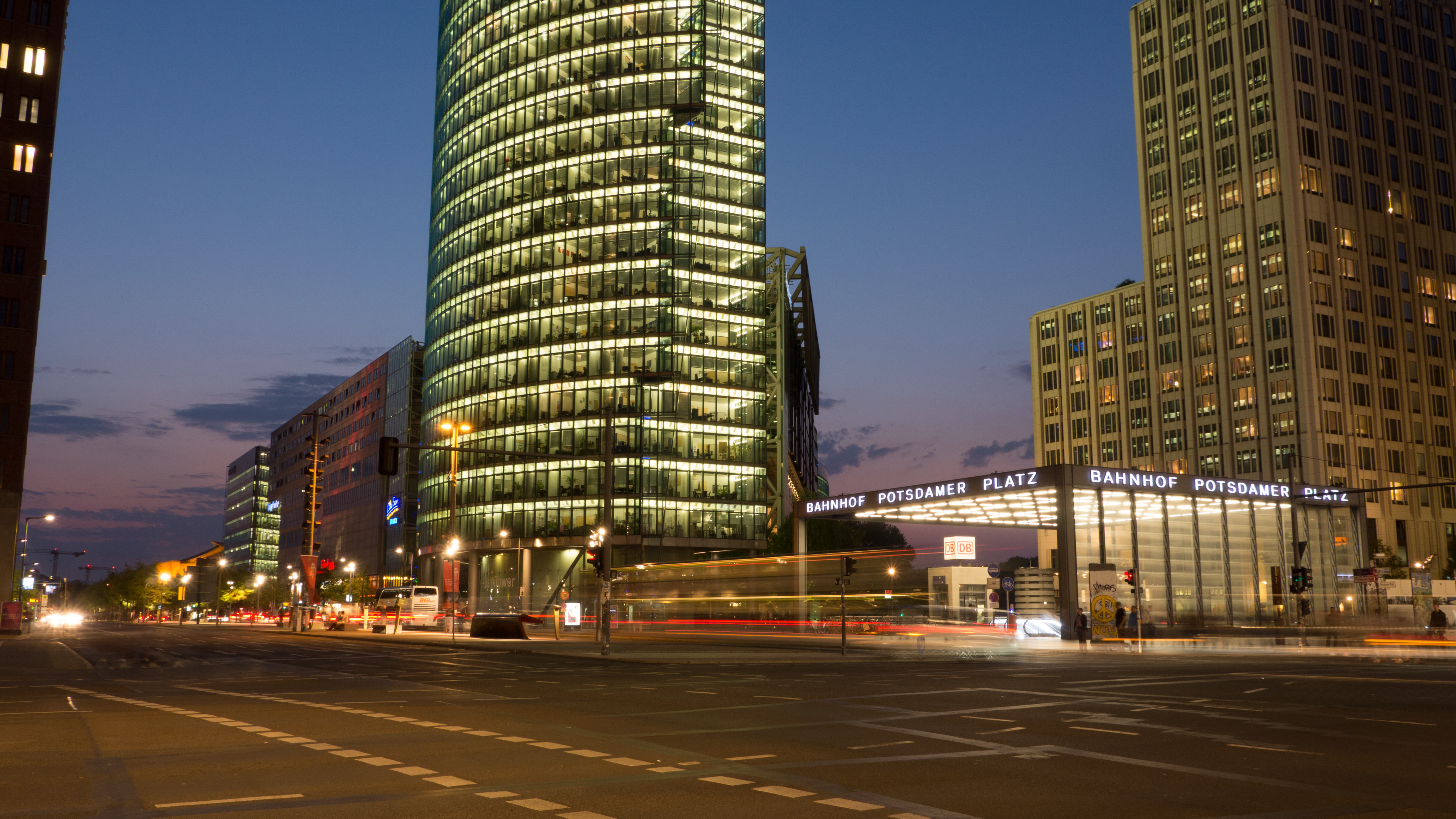 This is one of the most important squares in the city, with a big traffic intersection surrounded by modern skyscrapers. More than 10,000 people pass by the square every day and it’s one of the most striking examples of renewal of the 1990s.

You can choose between taking some nice lapses on the ground, especially ‘the Holy Grail,’ and depending on the season you visit the city you can also get to the 24th and 25th floors of the Kollhoff Tower and have a spectacular view of Berlin from the top, at the price of 6.50 Euros.

The closest subway is Potsdamer Platz 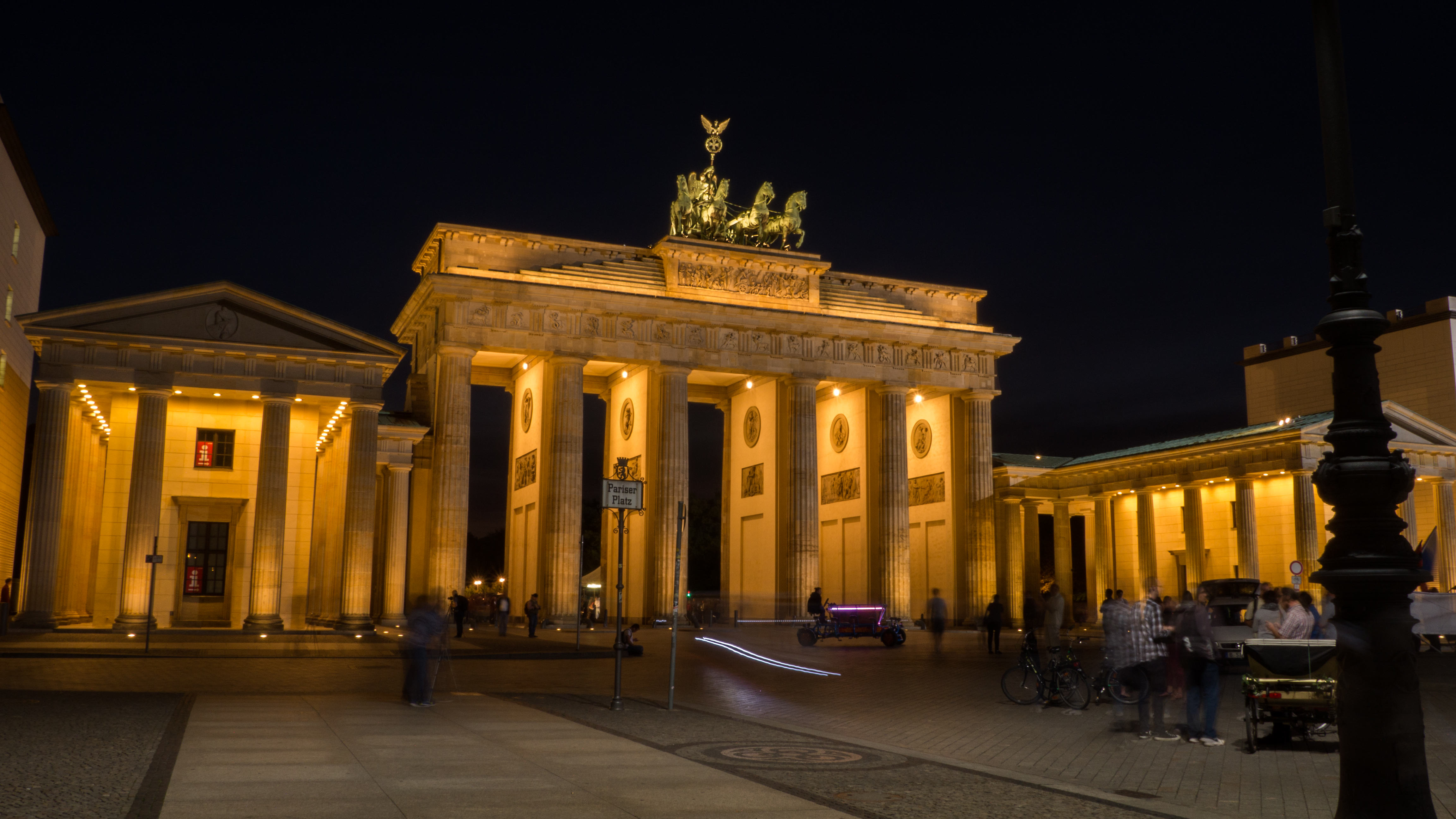 It’s an 18th century neoclassical triumphal arch, right in the heart of Berlin, and is probably one of the most famous landmarks of Germany. Here you have couple of options for time lapses: one from Unter den Linden Boulevard, if you like night lights of cars and long exposures, or from the front side which is usually full of crowd all the time of the day and the night as well.

The closest subway is Brandenburger Tor. 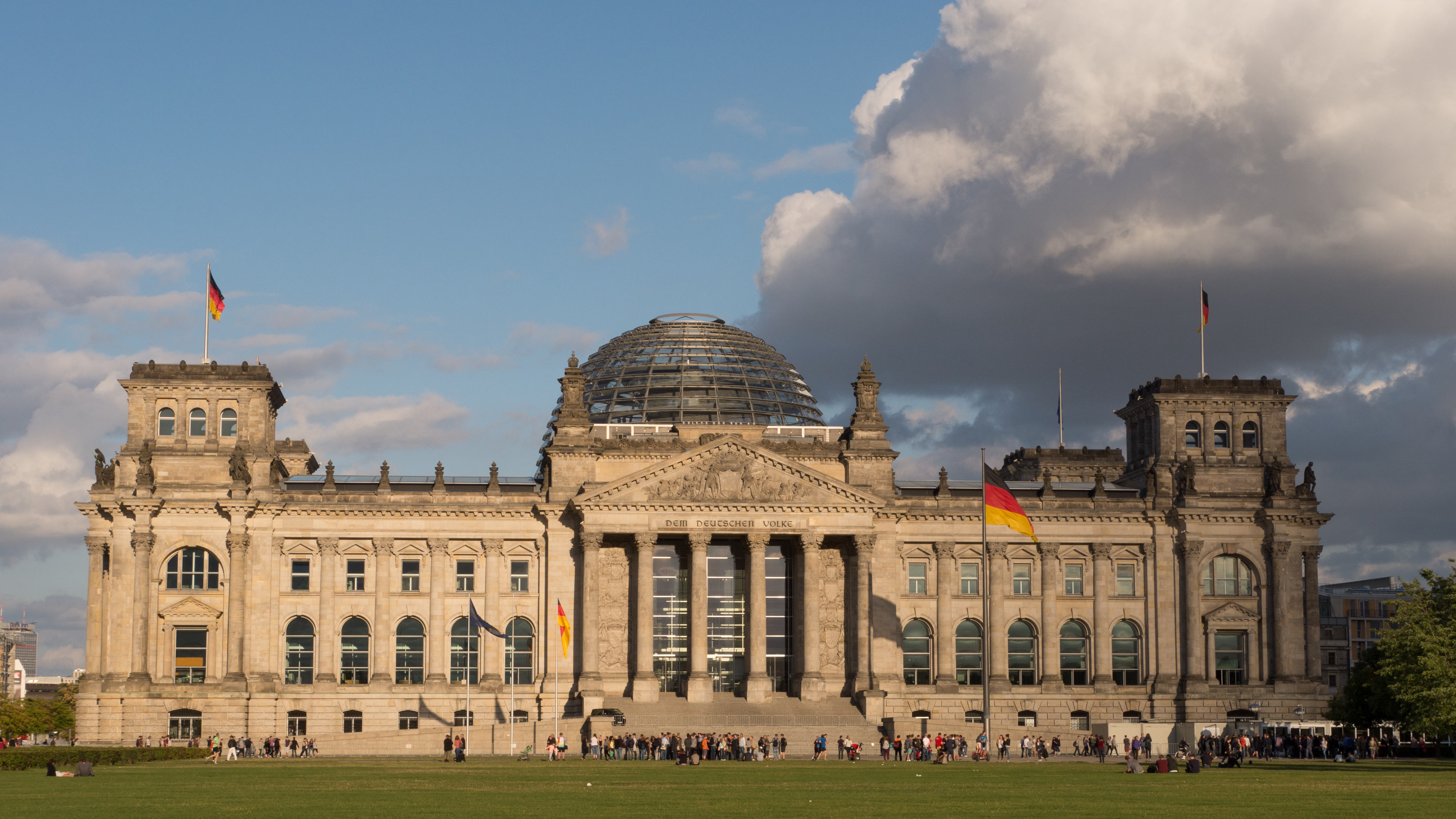 This is another historical and really beautiful building in Berlin, especially for its modern coupole on the top. You will find a lot of space for a nice time lapse just in front of it, since it’s a park. Also like other famous locations in the city, it’s full of visitors every day. To visit the coupole and take pictures inside you have to register yourself in a small booth just on the left side of the building or use the online registration. There’s usually  a huge line but it’s worth the wait. It’s not typically on the same day so you have to be lucky to find a day with nice clouds. 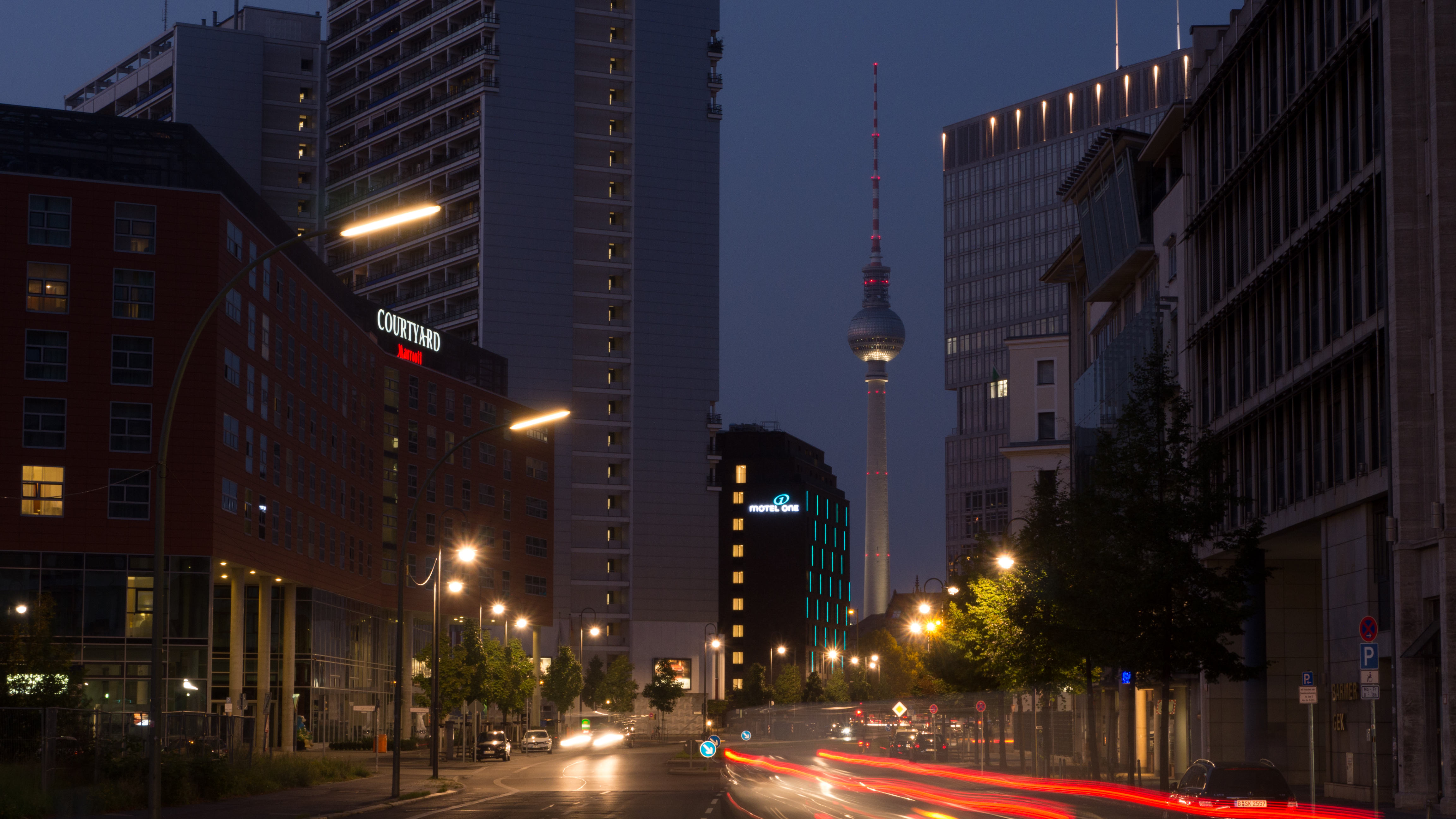 We are staying newr Berlin’s Mitte, and the tower is one of the most impressive and tall buildings in town and used so many time as a silhouette of the town itself. It’s visible from almost anywhere in the city. It’s right in the center of what used to be East Berlin with it’s multi-faceted architecture. Because it’s really tall, you will be able to find a lot of locations and have it in the background in the background or at the end of a nice night lit street with traffic. Of course, you can also visit the top of the tower and have a beautiful view of Berlin. You can buy online ticket s for around 13 Euros till 11 PM.

The closest subway is Jakob-Kaiser Platz 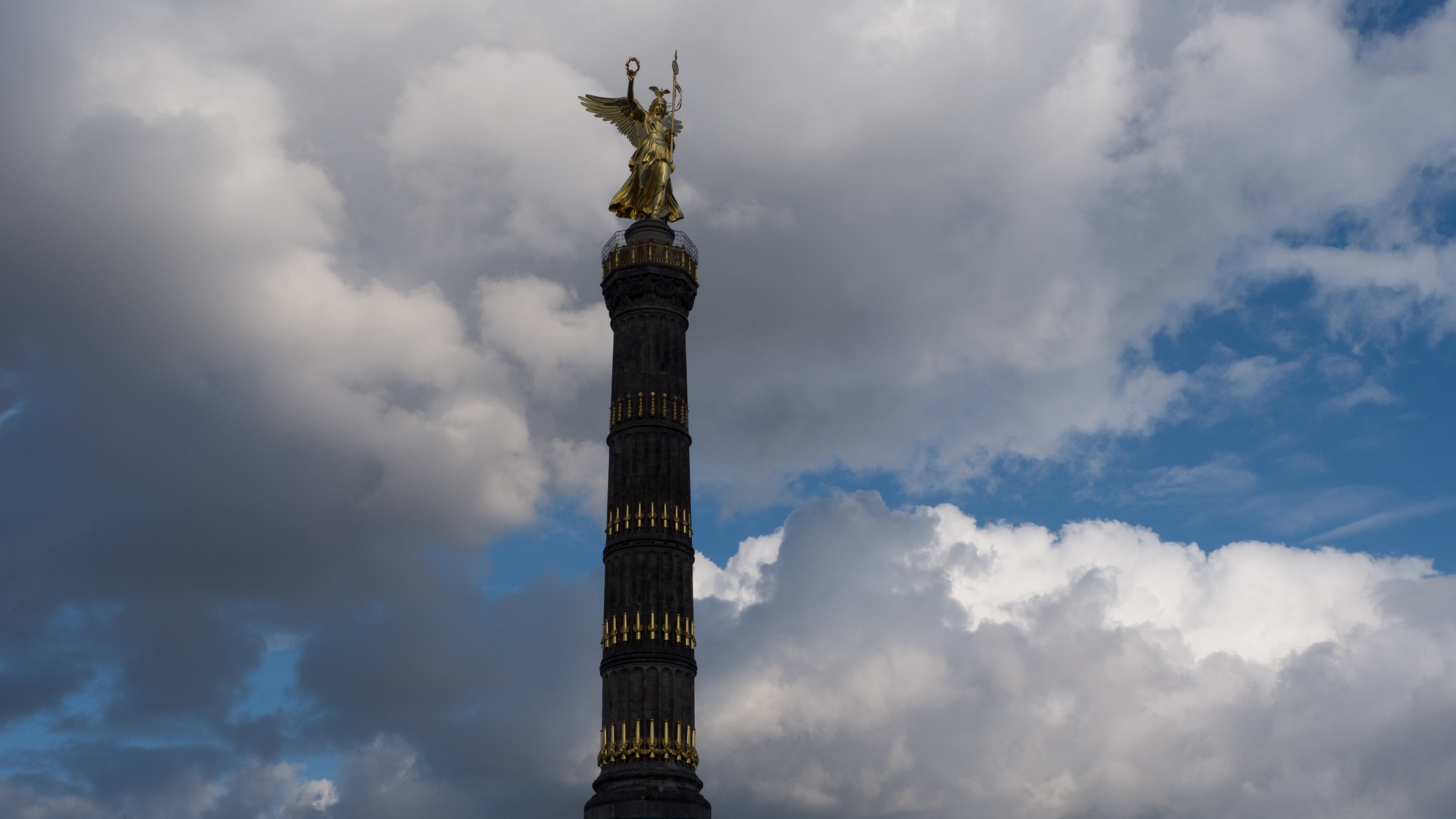 Another location you should not miss during your time lapse journey in the city. An astonishing golden statue at the top of a 67 meter column. At the bottom there’s a round square usually filled with traffic, perfect for night shooting with long exposures. Also during the day, especially at sunset, it’s amazing how the light effects the statue and the golden reflections that can be created in the shot. of course you can get on the top but unfortunately not during evening hours, at the price of just 3.00 euros.

The closest subway is Hansaplatz 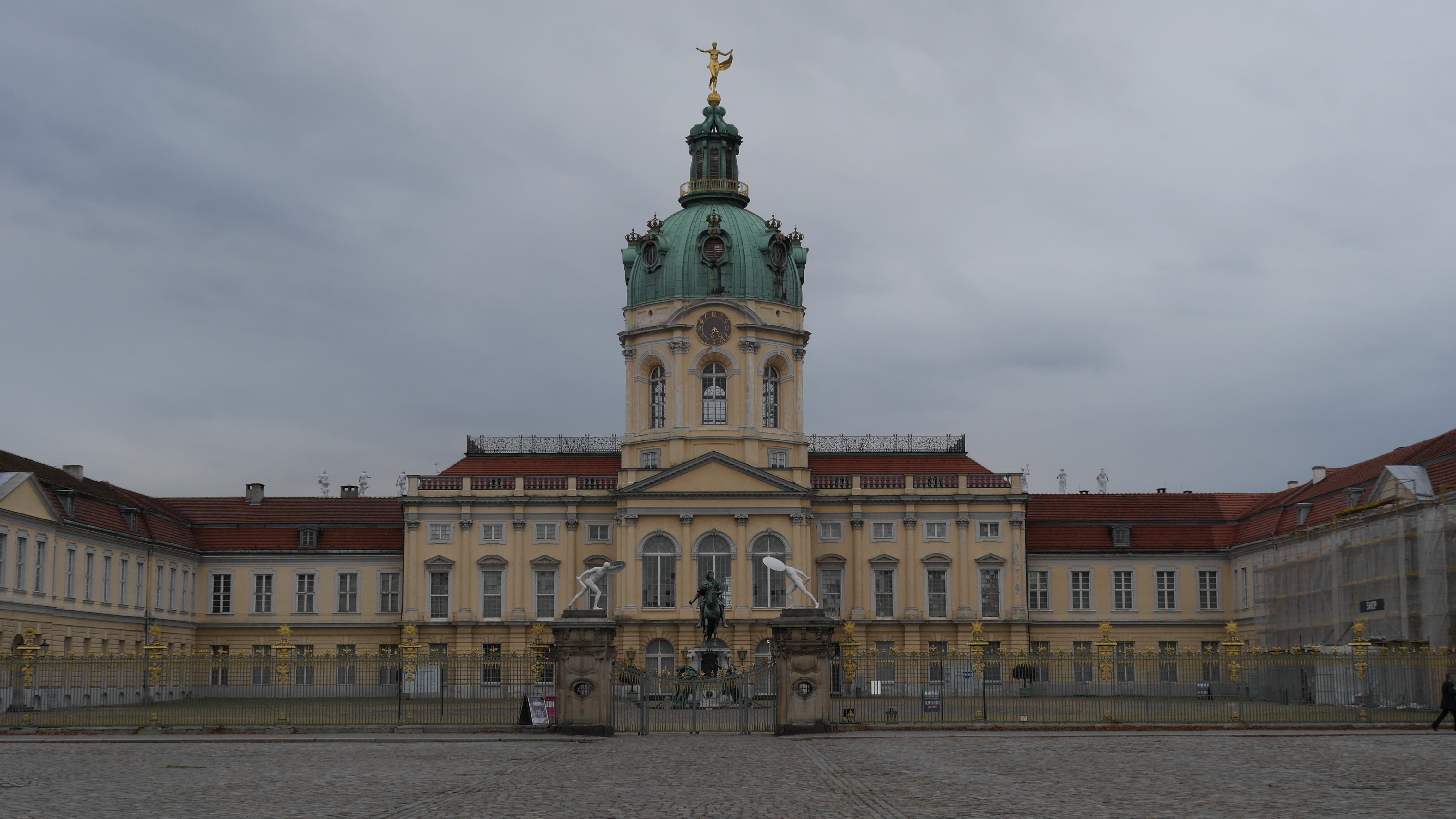 Travel back again in time with this majestic palace. It’s located just out of the city center and it’s the largest palace in town. It’s free for time lapses outside, but there is a ticket if you want to get inside, especially in the gardens. I did not actually do any lapse there but you can watch in this video to see how really gorgeous it looks.

The closest subway is Sophie-Charlotte-Platz 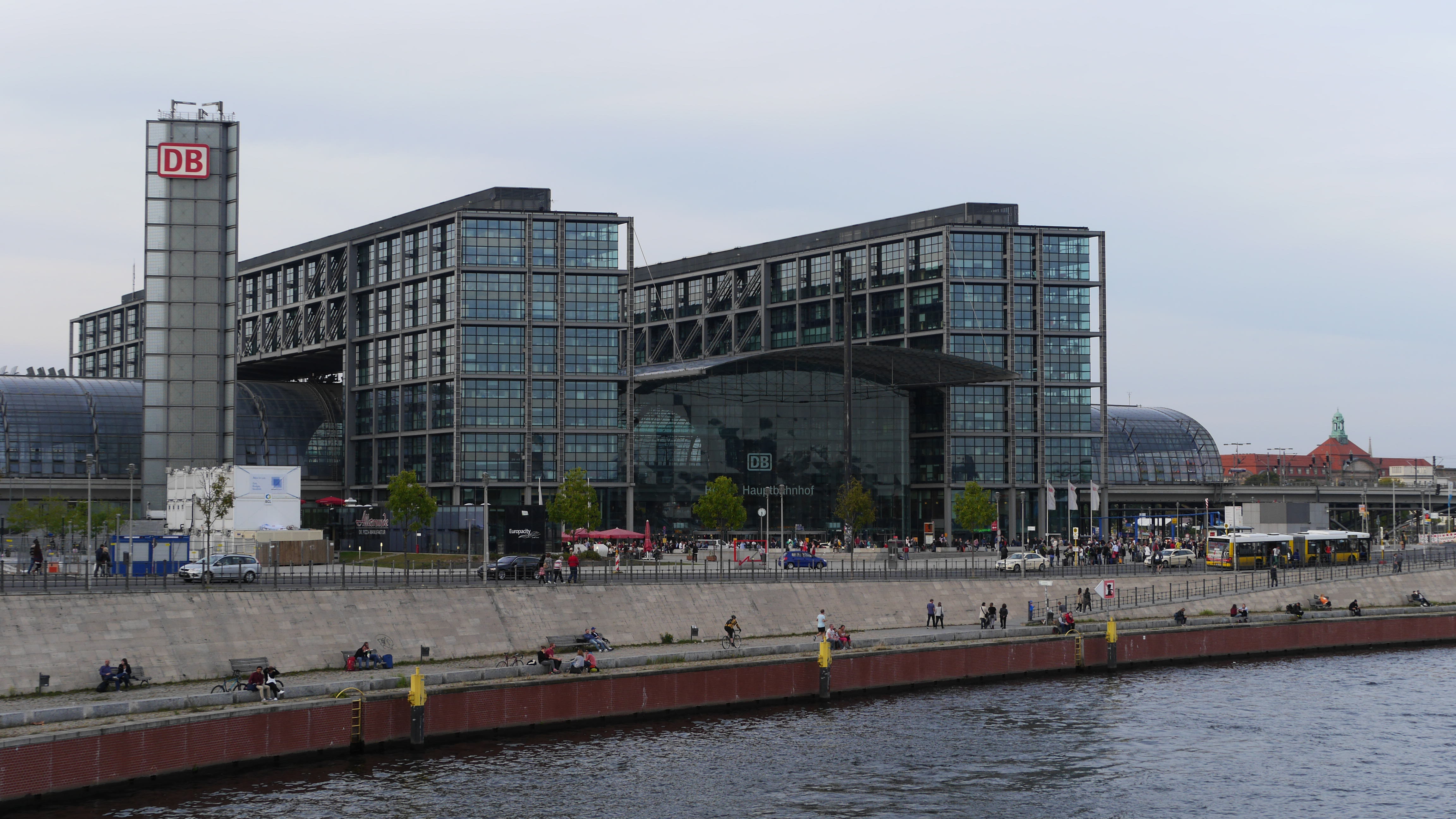 Like in most of the european cities, the central station is always a nice and modern building, like here in Berlin. A huge glass building with millions of people passing bay every single day and beautifly illuminated during the night. I saw also many videos and timelapse from inside, so I suppose is possible to do some shooting there as well but better if you ask before. You can check some shooting in this video by Aleksandr Hodinov for photohod.de. As always like most of the train station you can get some really nice lapses on the people flow entering and exit the main entrance. As well from the other side of the river, during the night, it create really nice reflection on the water surface.

The closest subway is Hauptbahnhof 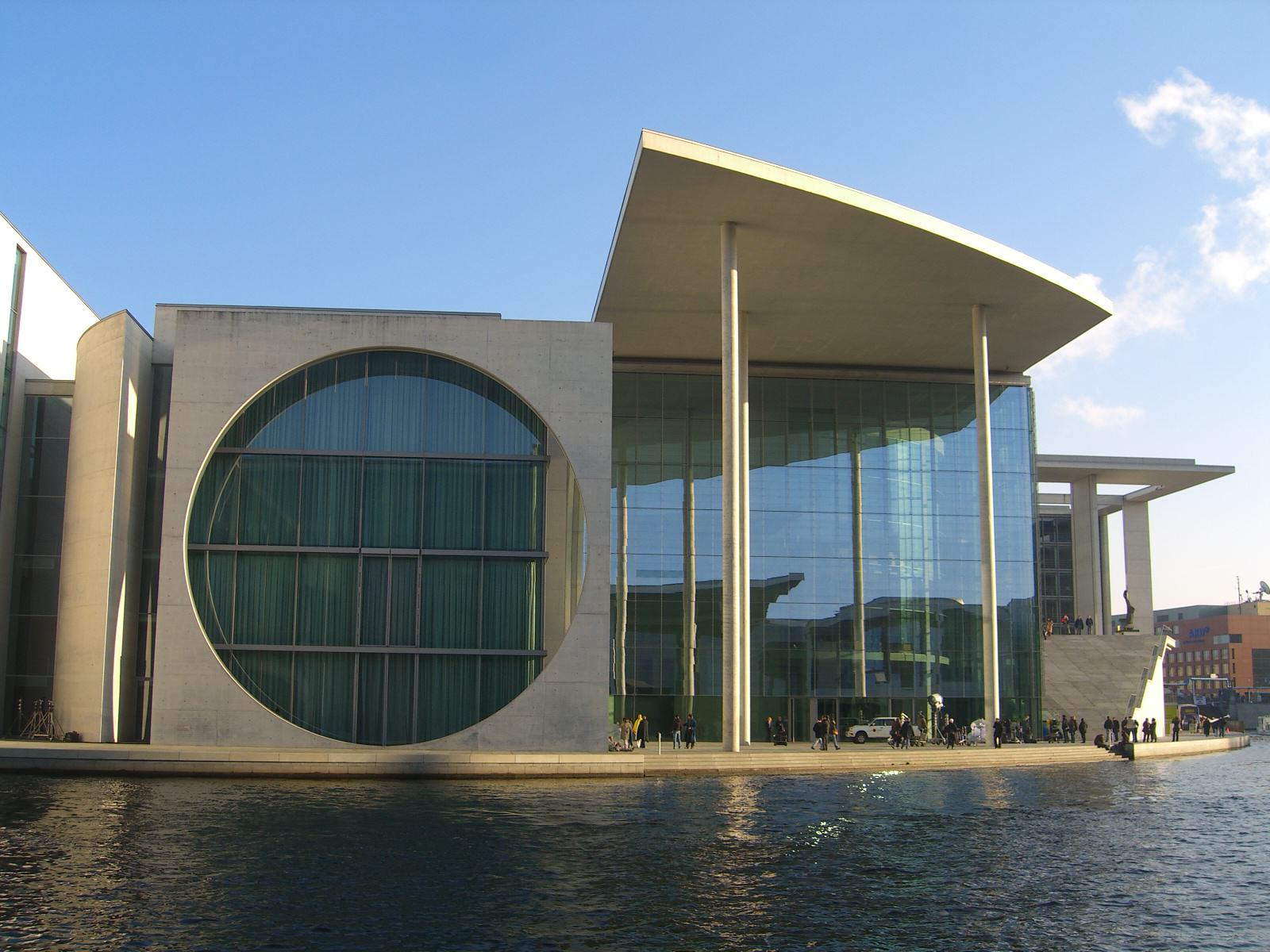 Another astonishing modern expressionist-style building is just in front of the Reichstag. Of course, because of the politicians it’s allowed to take pictures just from the outside. If you are lucky, as I was, you can also find during the summer a really nice light music and video show, just projected on the white wall of the building.

The closest subway is Bundestag 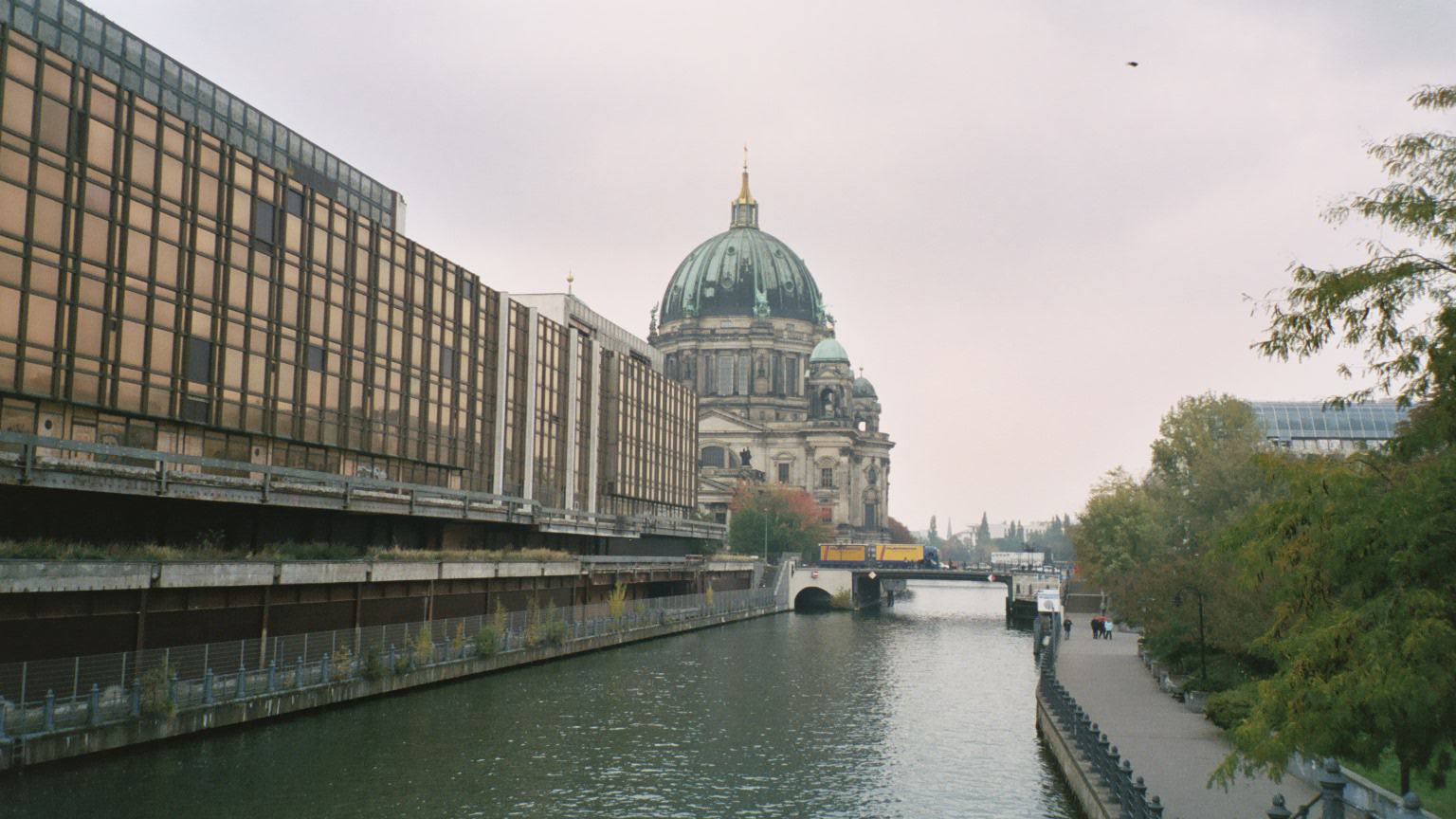 Another nice place  in Berlin’s Mitte is this amazing cathedral. A really interesting contrast with it is a green dome with a nice fountain just in front of it. As well if you are in Berlin during October, you can see it during the Light Festival, one of the largest illumination festivals in the world that transforms Berlin and several of its beauties into an artistic and enchanting world full of light.

The closest subway is Hackescher Markt 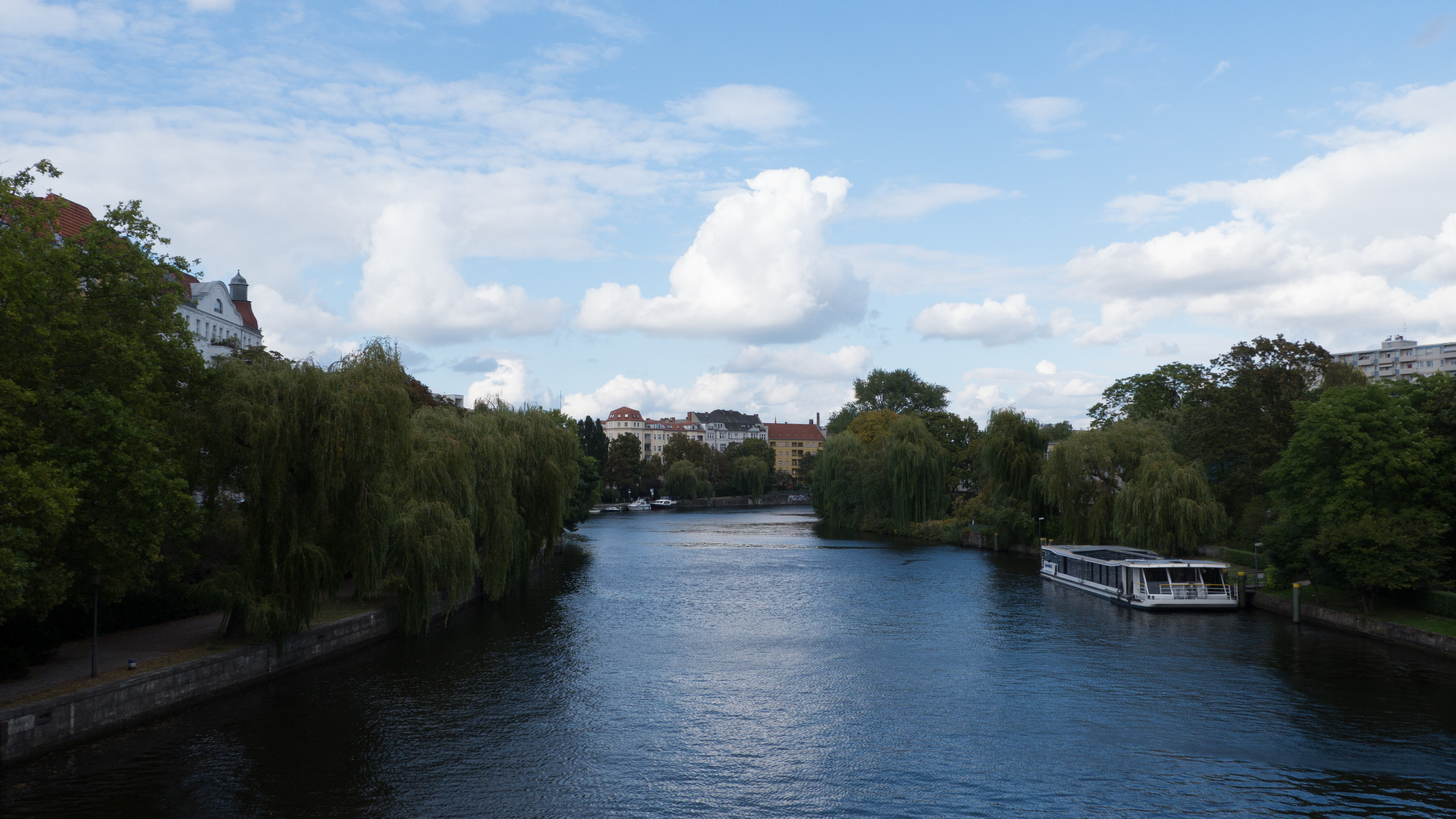 I watched some other time lapse videos of Berlin and I think this one is pretty cool. It’s not so expensive to take a boat trip and allows you to have a really nice hyper lapse from a different perspective. It’s probably also because during my stay here, I’ve parked my campervan just near the river and I see day and night boats passing by daily.

The closest subway is Hackescher Markt

Other fantastic lapses made in Berlin:

Becoming a Freelance Writer: Is It Worth It?