Unaccustomed to Us Officers: The Turkish-Greek Border Crossing

We should have seen it coming, really. I mean, we’d stayed in Turkey for over 2 months. An Italian and an American traveling in a German van with Bulgarian plates is basically asking for trouble. What happened at the Turkish-Greek border?

Yet we honestly didn’t consider the Greek side to be a problem, we were more concerned with getting out of the Turkish end. 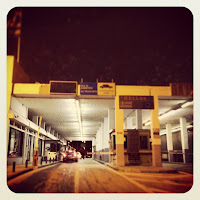 We drove with exhales of relief over the vast bridge to the Greek entrance. We both handed over our EU IDs, since Greece is part of the EU. Simple, no?

Not so much. They then asked for passports, and that’s when the real fun began. Armando’s ID is Bulgarian and his passport is Italian, with the car registered in Bulgaria. My ID is Czech and my passport is U.S.

It was a comedy of errors, trying to explain a.) why we’d stayed such a long time in Turkey (‘Because we could…’) b.) why our nationalities and IDs didn’t match (‘We lived there for years…’) and c.) where we’re living now. The last one had us at a loss for words, since we thought it was pretty painfully obvious. (‘Erm, here?’) 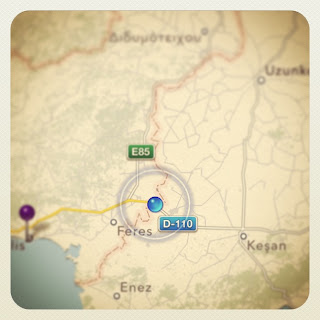 They inspected our documents as if they were well-versed forgery experts, holding them up to the light to look for glue marks and scanning them. All of them. I think it was perhaps the first time they’d seen such a collection.

Phone calls, Google searches and every office in the Customs building was visited before they finally asked us to move over to the side for a full inspection of the van. 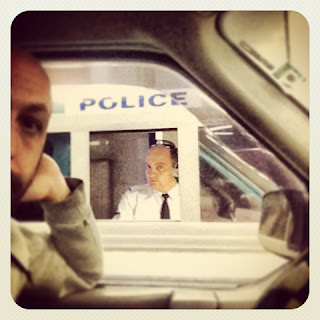 The only woman out of the eventual 6 customs officers was the most tenacious, convinced that we were not only forgers but drug runners, to boot.

One of the men spoke Bulgarian, and thought he’d catch Armando out on that- but Armando speaks fluently and passed with flying colors.

In the end, the entire fiasco was finished by a simple piece of gear: they found our fishing rod. That, along with our massive amount of excessive crap they didn’t want to sift through, seemed to convince them we weren’t security hazards to the Greek Nation.

They also took turns admiring the van, in particular the solar panel.

With apologies, aw-shucks feet shuffling and salutes from the crew of customs, we entered Greece. Talk about making an entrance, eh? Grin.

A few tips for the Greek border:

The Trials and Tribulations of Living in a Van