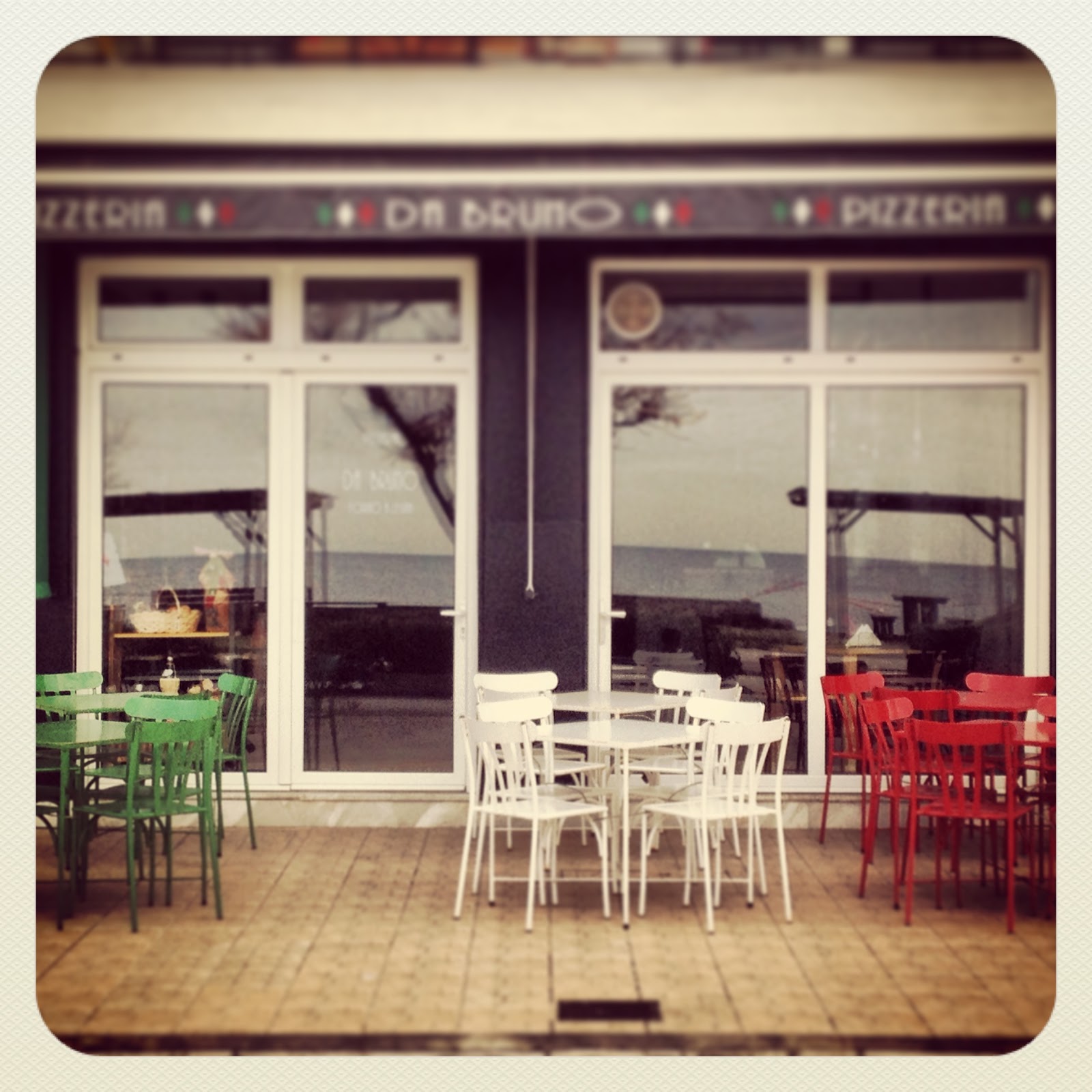 By Mel Candea on December 20, 2012
It’s been a refreshing change, coming to Greece. Our first ‘culture shock’ was the amount of English spoken/understood/used.

We decided on Alexandroupolis as our first port of parking, and after driving around for a relatively short while Armando spotted an Italian restaurant, da Bruno. He went in, chatted, and we had free parking and water in minutes.

And free WiFi, citywide, which was our second shock. The first morning was grand- coffee, open doors to the sunny seaside and our new friend Kostantin.

He was a former travel agent in his 60s who regaled us with tips around the town and his insights into Greece. An absolute sweetheart. 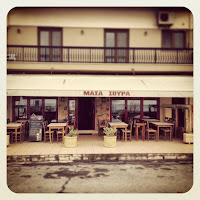 Our main focus after so much craziness in Istanbul was quietude and regathering of wits. We stayed another day, where a restaurant just down from the pizzeria offered us a free electrical line.

The third absolute shock to our systems, after Bulgaria and Turkey: something as simple as a shop that has, erm, things inside. Meaning not just the bare basic fruit and veg but overwhelming (for us) options.

We wandered down the aisles grinning ear to ear. I’m pretty sure the shop ladies thought we were mental. Ha. We’ve eaten more pork and bacon in one week than I think I consumed in the Czech Republic the last year I was there, which is saying a lot. 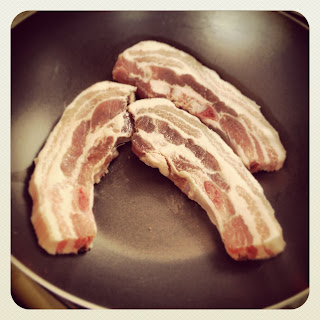 The Greeks have been friendly, open, helpful and really warm- minus the campsite we’re at now in Kavala.

We wanted to give the camping experience a go, just to see the difference. We’re right on the sea, with a beautiful beach, electricity and wifi. 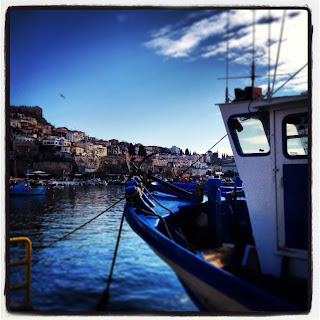 The only problem? It could easily be used as a backdrop for a B horror film, particularly the toilets and showers.

Though the barely-lit paths with crackling twigs are also tweak-worthy.

Even if you’re not terribly hygienic, it’s a wee bit gag-awful. We’re going into the city (Kavala) tomorrow for Armando’s work and some food tasting for me to continue with reviews, but we don’t plan on staying here too long.

It’s not at all bad, though. One very cool thing in the campground: we arrived roughly the same time as a couple from New Zealand who are on their way to Turkey. Sue and Dave have an exquisite RV, and we’ve all enjoyed chatting and story swapping. It’s nice to finally meet other travelers that are similar to us, and being able to exchange advice.

So far, we’ve got more than a baby crush on this country. Greece, ‘χάρηκα που σε γνώρισα,’ or ‘It’s nice to meet you.’
Share on FacebookShare on TwitterShare on Linkedin

Unaccustomed to Us Officers: The Turkish-Greek Border Crossing