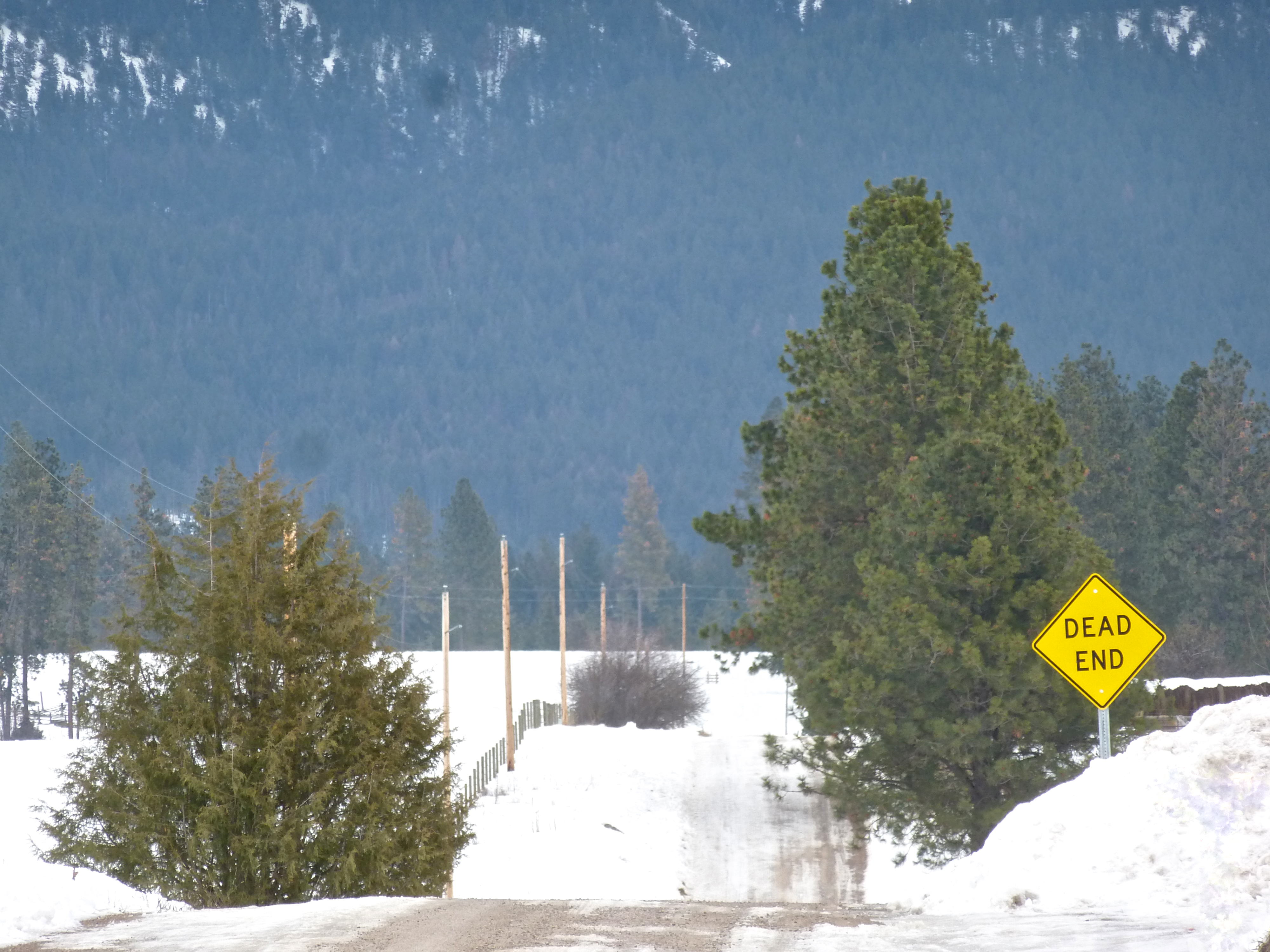 Given that I’m still slightly jet-lagged from my visit home, I’ll ask you for a bit of leniency if I go off on (seemingly) unrelated tangents. It was a wild, wonderful and wistful trip filled with great people and places.

Plus the oddities I noticed as only one can after a long pause between visits back to Montana/the States. Get your cup of Joe or cuppa ready, it’s going to be a long post.

Old photo of Ronan from the air.

I spent my time divided between various towns, with most of it in my hometown of Ronan (famous for UFO sightings, apparently).

I drank in the countryside in gulps; I caught up on hugs with family; I listened to locals from all quadrants; and I thoroughly enjoyed the idiosyncrasies of small town America.

A few more things I noticed plus some highlights from my trip: 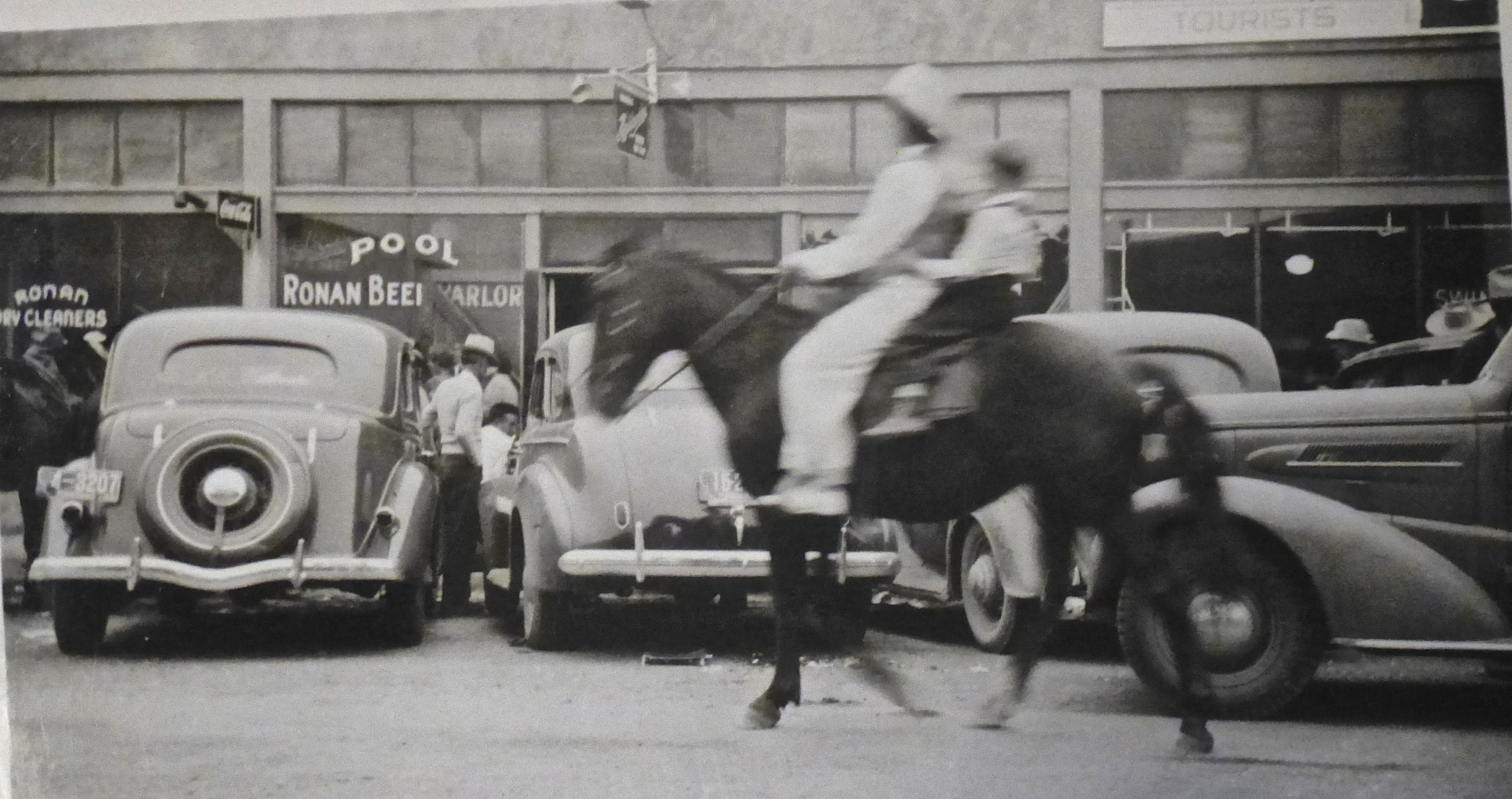 – My favorite sign on a local gas station: ‘Sign up now for the rifle raffle!’ I only hope someone named Ralph Riffenshot won it.

– The food portions in restaurants are huge-mongous. A doggie bag isn’t just an option, it’s a given. Really good food, but really too much compared to what I’m used to in Euro Land. Grin. 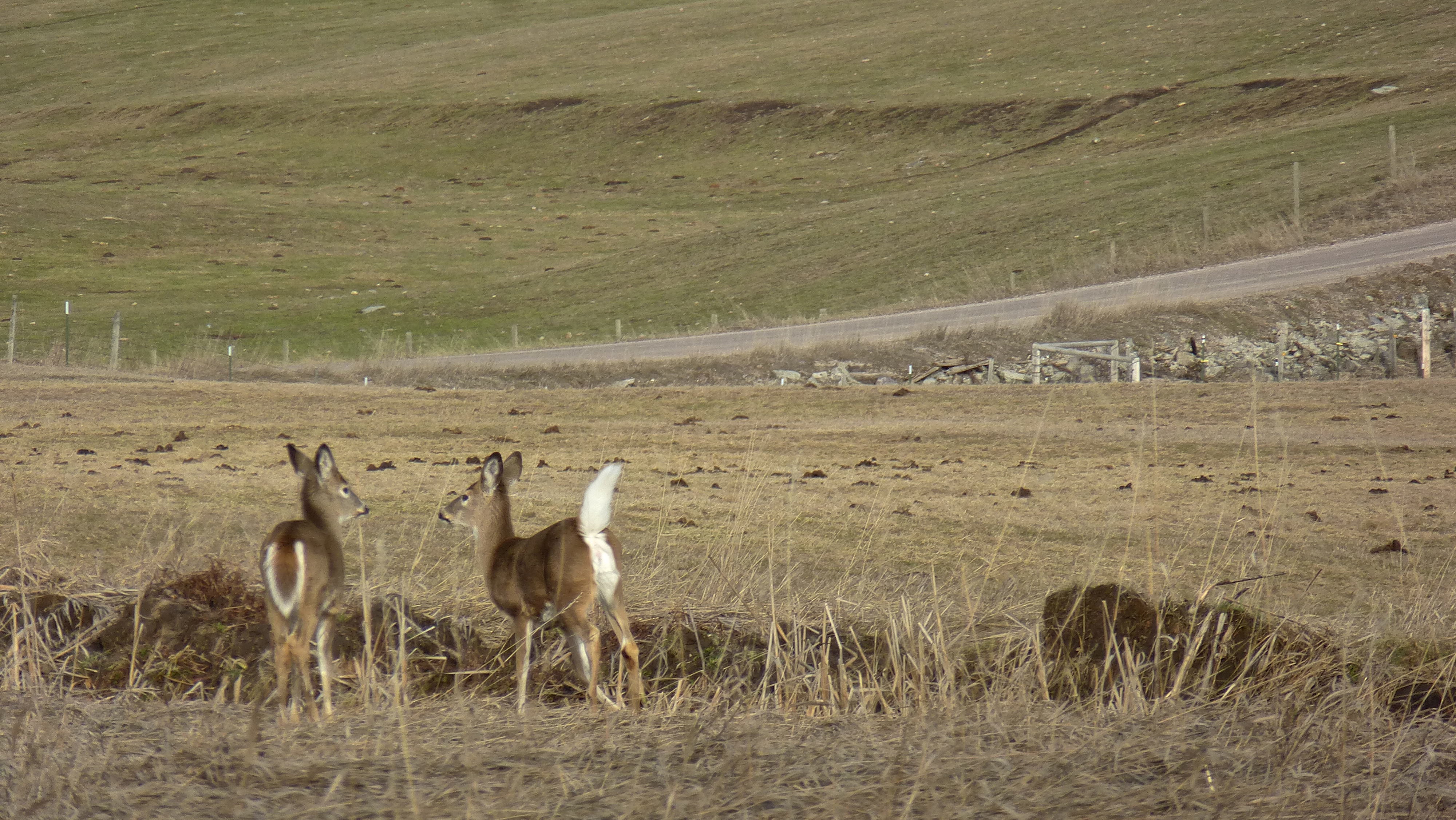 White tails next to my Auntie’s house.

– I realized I’d been out of Montana too long when I was so excited- instead of annoyed- to see deer everywhere.

I suppose it’s something akin to kangaroos and Australians, but I was clap-happy to see so many white-tails.

– American TV commercials take up as much time as the show you’re watching. Some are a little disturbing. There are a lot of ads for drugs that seem useful until they get to their list of ‘possible side effects’ like Lunesta. Goodness gracious, with that list who on earth would want to give it a go? Grin. 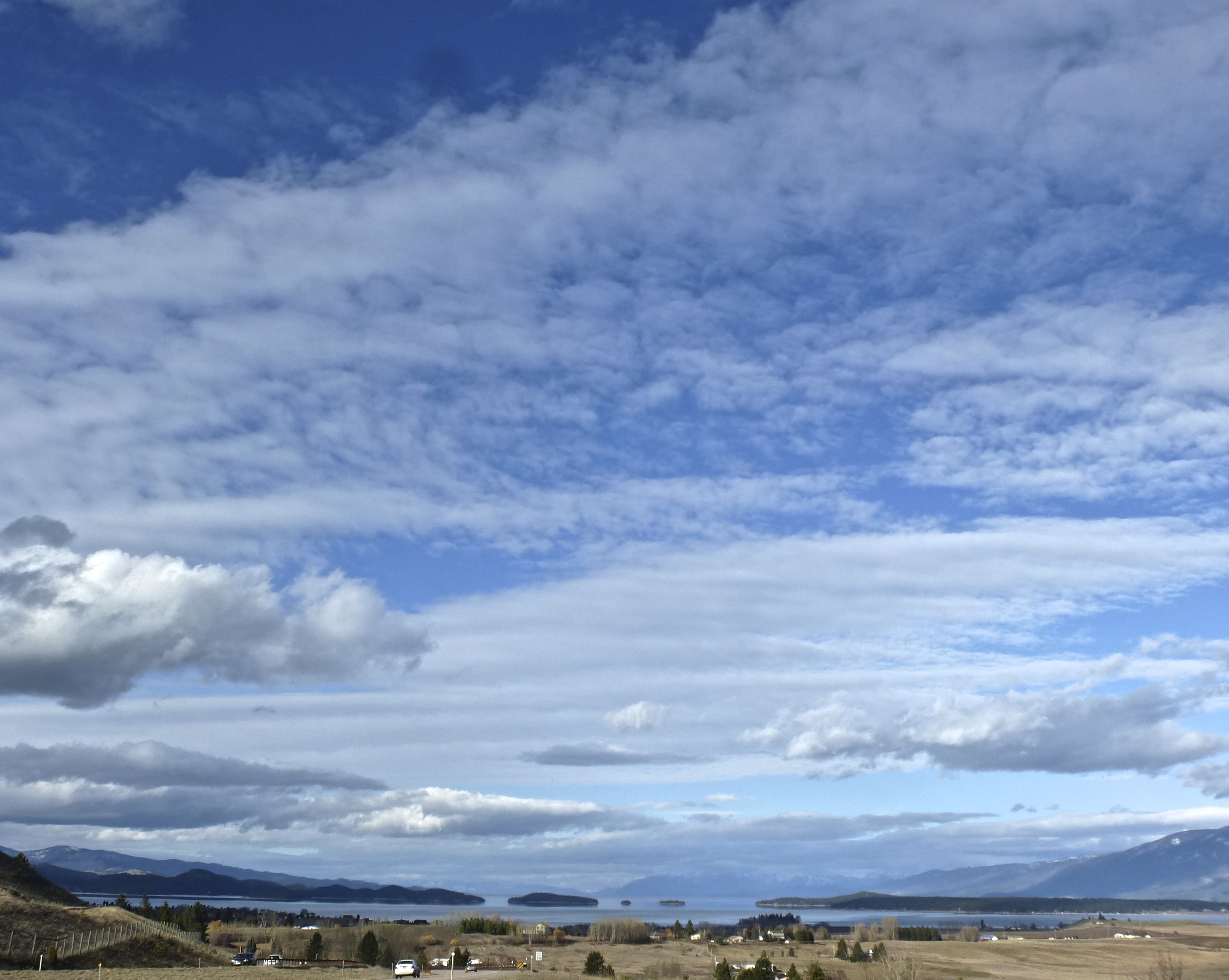 – Montana is being settled in a big way. It was unbelievable to me how many formerly flat fields are now filled with new homes.

New neighborhoods, in some cases. Of course as a Montanan, part of me feels…unsettled by the changes. On the other hand, who am I, as an expat in Europe, to point fingers at those looking at living in a beautiful place?

– There really is nothing like being in the States for the Super Bowl. It’s become an unofficial national holiday and some are pushing for the Monday after to be an official day off.

I went with my sister Jo to a local bar where it seemed half the town had gathered, and we both walked away with a T-shirt. Won from a raffle, of course.

– Going to the National Bison Range and seeing the token bison (we’re convinced they organized to have him by the road for random tourists like us, since we didn’t see any of the other 350+ bison who make it their home)- plus a bald eagle- absolutely made my day. So very cool. 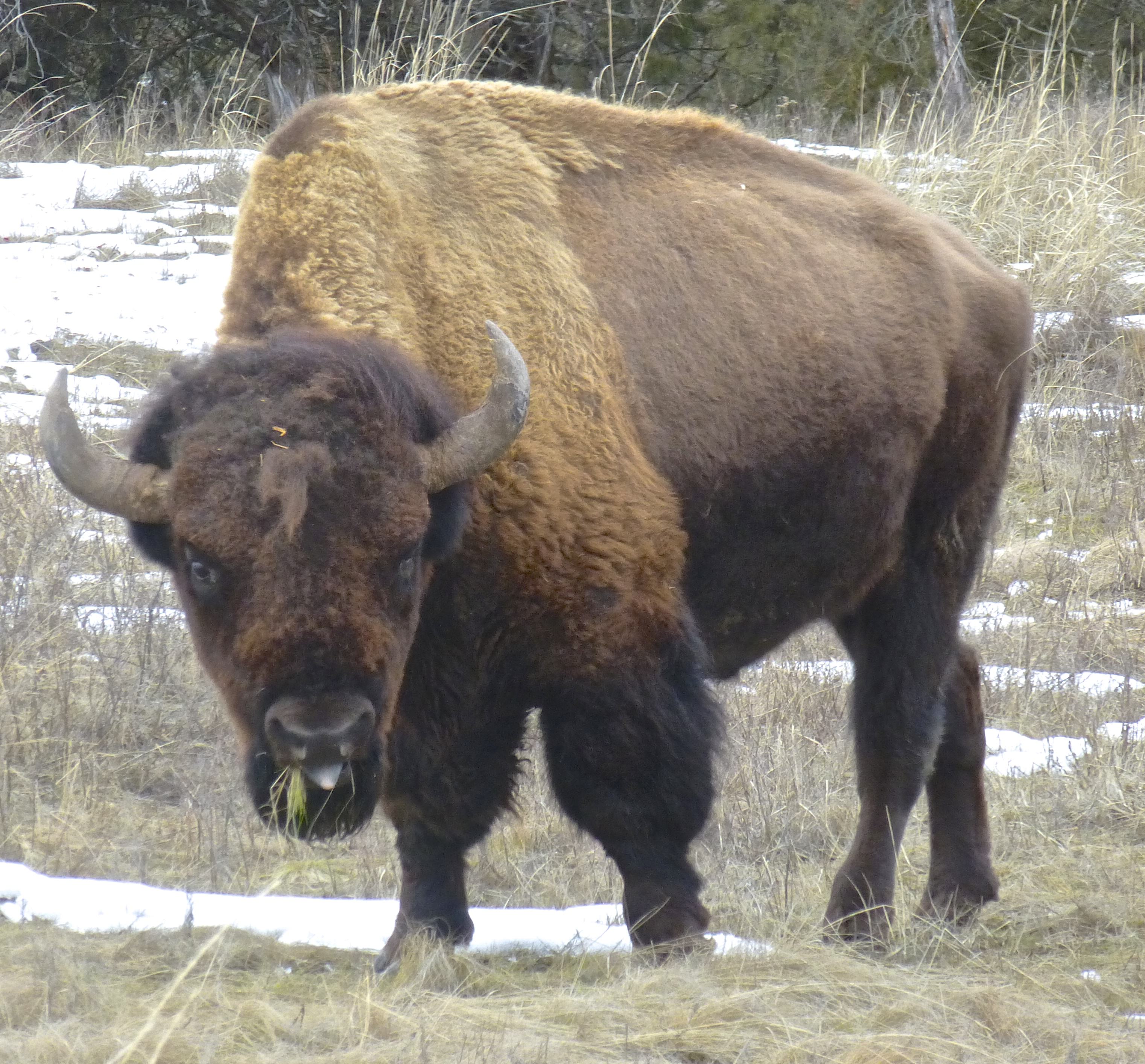 The token* bison at the National Bison Range.

– The weather for January/February was scary warm. When I arrived, there was at least a foot of crunchy-topped snow.

When I left, the ground was brown and birds were lustily chirping away way too early. Not great for when the next cold snap happens, but it was good I had so much sun while I was there.

– It was interesting to be interviewed by the editor of the Lake County Leader, and have the opportunity to try vocalizing the differences (good, bad and odd) between the Res and Europe. I hope I did both places the justice they deserve.

– The uber-fantastic side of Montana communities is how they help each other.

I was lucky enough to take part in one where local volunteers put together food packages for senior citizens. It was such a cool mix of people: retirees, 4H-ers, Job Corps and random people like me showed up to help. I love that side of small towns.

Some lowlights from my trip. Actually, nah. Just one. In some circles it’s called ‘United Airlines.’ In others it’s synonymous with the curse word of your choice.

So many problems (and no, kids- it wasn’t due to the storms in the East)… I’ll just list a few: 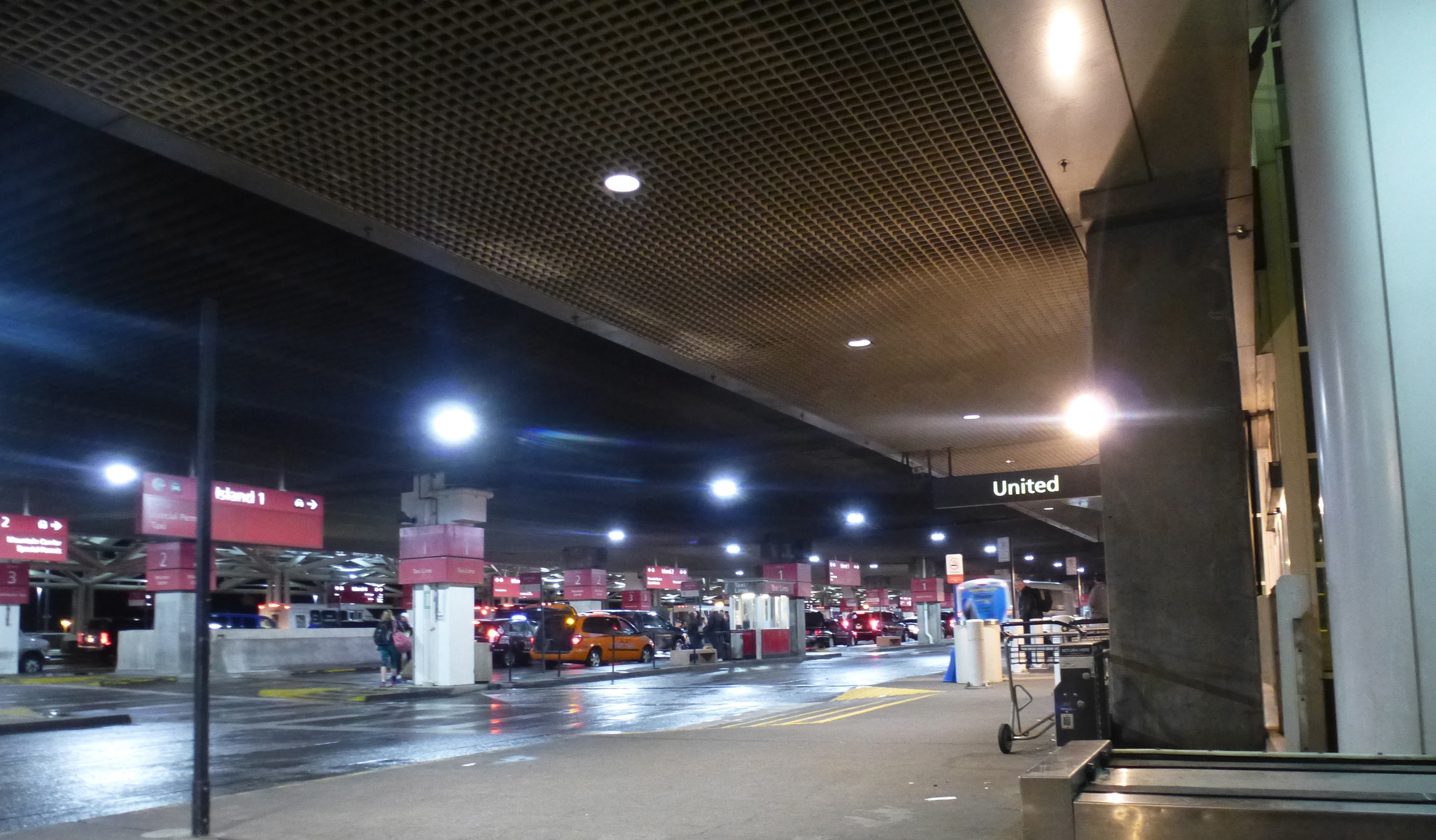 What Denver Airport looks like in the wee hours.

– Flying in from Europe to Newark, the baggage carousel broke down. Twice. Which meant I couldn’t re-check my bag until my connection had gone. I had to spend nearly 15 hours overnight in the Denver Airport.

– The flight was cancelled due to weather. But the flight later that day to Denver went through, as did the flight I was supposed to be on to go to Frankfurt. Weather (cough, cough technical issues) is ‘something United isn’t responsible for.’

– The next day, the plane was delayed, again causing me to miss my connection. They offered to try and find me a flight a few days later. I opted to (sigh*) go back to Denver for an overnight, then an extra hop to Houston, and finally (hopefully-!) to Frankfurt. 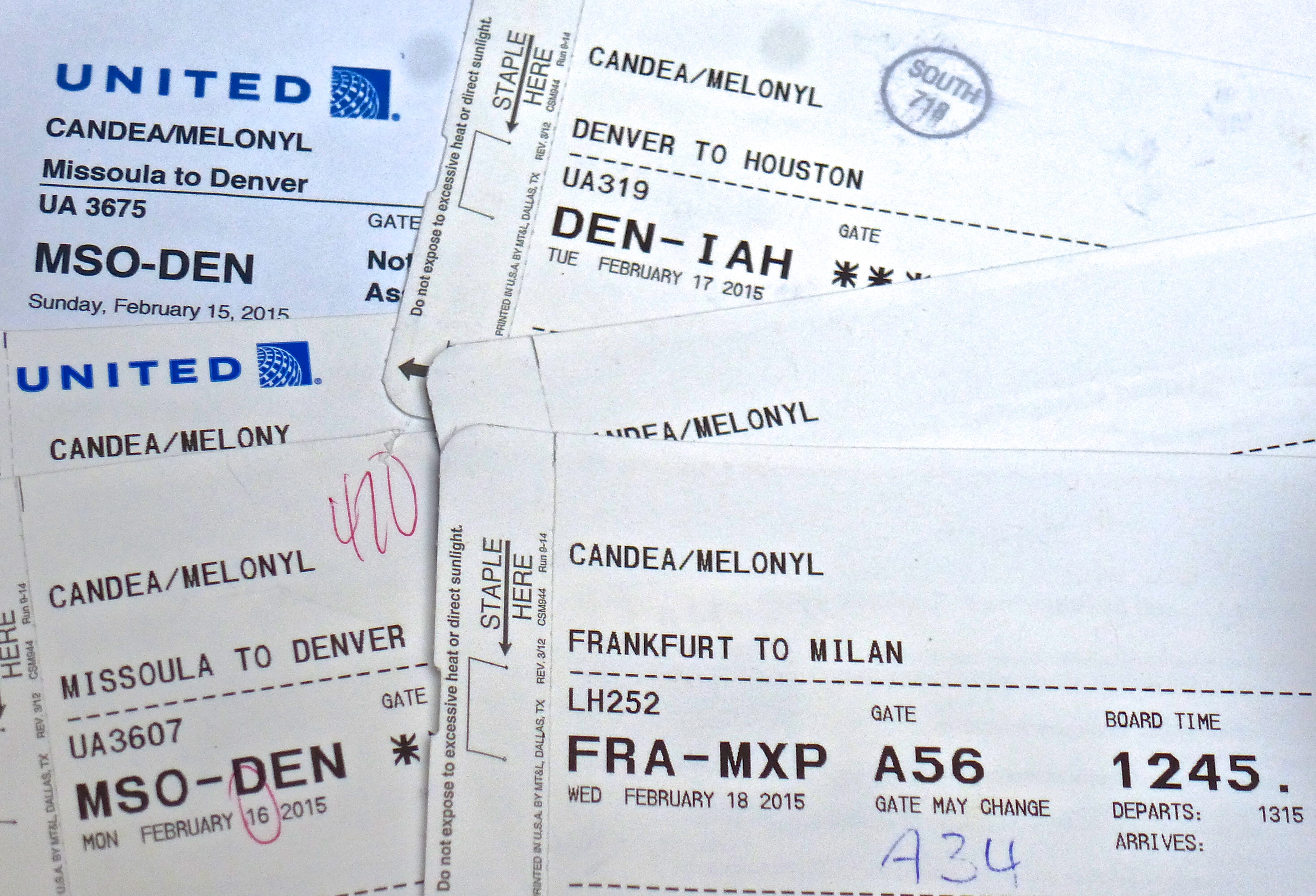 -I did receive helpful emails letting me know about the cancellation, delays, etc. after the fact.

After my experience, I found this funny post by Nomadic Matt: 15 Reasons Why Flying United Airlines Sucks. It’s always nice to know you aren’t alone.*

*My sister Jo has all of us beat for a ‘nightmare United Airlines story,’ but that’s not my tale to tell. Grin. 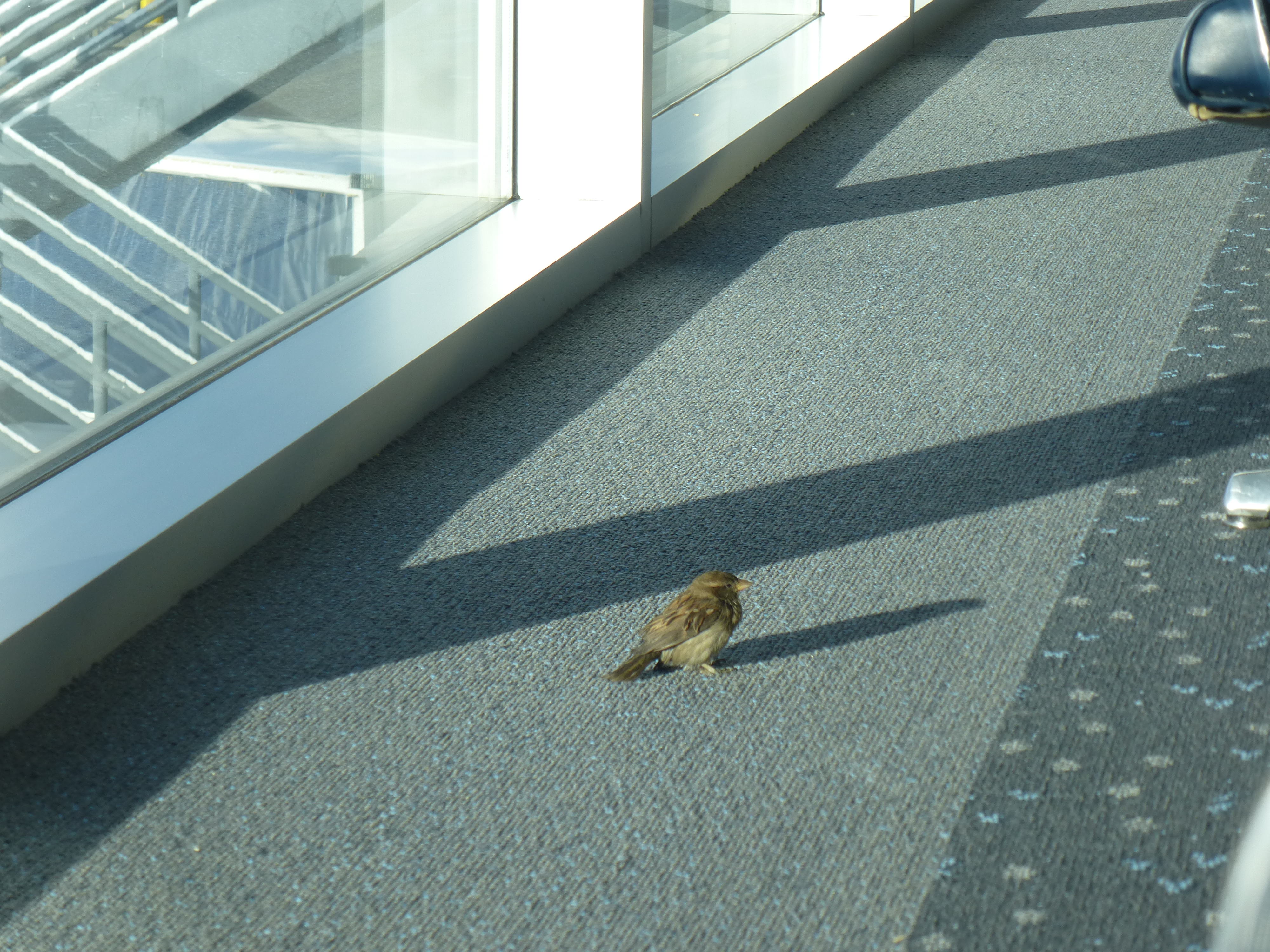 A sparrow hanging out in the Denver Airport.

On the plus side of flying: Denver airport has sparrows inside the airport. It was such an odd but welcome experience to watch them. And soothing for many a weary traveler.

All in all, I had an amazing trip. I found out how ‘water is more precious than gold’ on the Res, which was something I hadn’t realized.

I got to reconnect with people- some who I hadn’t seen for 20 years- and they were the same as I remember them.

I got to revisit the Ox (a Missoula dive/late-night breakfast staple) after having a blast with my old Zoo crew.

New Orleans is now on my bucket list thanks to an in-depth chat with my aunt about how much it has to offer.

And I discovered my family history through photos, which I was able to share with the rest- including some very cool photos of my hometown years ago.

The biggest downside of my Montana visit: I missed my boys, Armando and Mork.

Our wedding anniversary happened while I was there, so Armando secretly organized with my family to deliver flowers (daisies are my favorite). We wrote daily, Skyped and still it wasn’t the same.

After living for nearly 3 years, 24-7, being away from Armando was like losing a limb. I kept turning to him to point something out. I made jokes that only he’d get- sometimes out loud. I stayed in a beautiful house, which was so big after Mork, I sometimes felt I swam in the space of the rooms.

Don’t get me wrong- it was wonderful-! I am more grateful than words can ever convey for the chance to visit home. But I am happy to be back in baby’s arms, to quote Patsy.

To close this post, I’ll finish with some tips and oddities for visiting Montana that weren’t included in the 1st post: 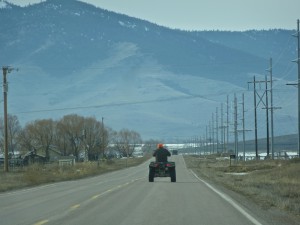 One method of transport in Montana that tourists probably shouldn’t try.

Montana Warnings and Dangers: We make a lot of jokes about tourists coming to MT to die, but it’s with reason. From trying to get up close photos with wild animals to raging fires, amateur climbing/rafting/skiing accidents and driving off road where it’s a crap shoot of having a signal, these tips might be helpful.

Lewis and Clark Caverns: Roughly between Missoula and Helena, the caverns are a very cool Montana attraction. Not for those of you that are even slightly claustrophobic, since the underground tour is around 2 hours.

Panning for Gold: There are a lot of places to pan for gold or sapphires in Montana, many ‘for a small fee’- but this one at Libby Creek is a public panning area with a campsite nearby. It’s a great not-so-typical activity for everyone.

Karaoke in Montana: You can find karaoke in almost any small (or large) town. This is a useful list of different places offering you a stage to croon on in MT. 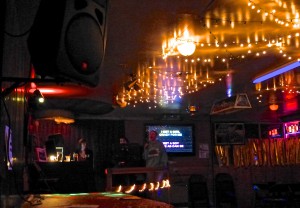 Karaoke on the Res is an experience like no other.

Glacier National Park/Going to the Sun Road: Considered one of the most beautiful drives in the States, if you happen to be anywhere near Montana this is a must-see.

Little Big Horn Battlefield: The famous battlefield where the legendary Sitting Bull defeated Custer’s army, proving all of the prejudices held against American Indians completely unfounded. An audio tour of the main points is available on CD or via your cell phone.

Wine Tasting/Beer Tasting: You wouldn’t peg Montana for being ‘wine country,’ but there are several established vineyards that will satisfy the most elite of palates. For beer lovers, most breweries offer tastings- you can even find some tours that offer whitewater rafting followed by beer tasting.

The Testical Festival: Another joke* on tourists 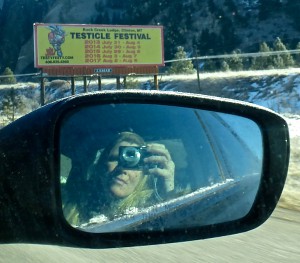 (some locals call them ‘Rocky Mountain Oysters’) the festival is a huge gathering with the main treat being fried bull’s testicles. They also have bands and contests- and it’s a huge party crowd.

It really was an amazing trip home. Enough so that I’m looking forward to the next visit- with Armando (and in a perfect world, Mork) in tow. I hope this post has been helpful- or at least interesting- for those of you considering a visit to Montana.

Still want more? Check out this amazing video: Montana from the Air.

What about you? Have you got a favorite tip or place in Montana you’d recommend? Anything you’d warn against? A favorite anecdote of traveling in MT? A United Airlines nightmare flight? Grin. Let us know in the comments below, we’d love to hear it! 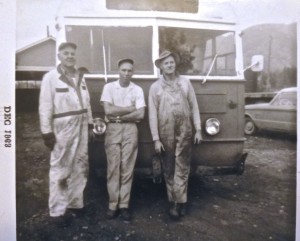 My grandpa is on the right, in front of a city bus he converted into a camper. Must run in the blood.

-Mel, Armando and Mork in Milan

Next Post: Funny, Funky and Fantastic Facts About Montana

And an extra special thank you to my Aunt Barb, who left us a brilliant history in family photos.

For those of you I couldn’t meet up with this time around, thank you for your thoughts and reaching out. I hope to catch you next time, with Armando. Take care and keep in touch. M.