By Mel Candea on March 12, 2013
A wise auntie of mine once told me that what you send out in the world, energy-wise, you receive.

The only conclusion I can garner from that and our recent experiences: we are very lucky people. 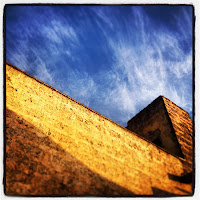 We’ve met some of the most amazing people on our travels, many of whom we plan on seeing again. Staying at the Masseria Ospitale has been no exception.

To start off with, a ‘masseria‘ is Italian for a fortified farmhouse.

The origins are from ‘massaro,’ which back in the day meant ‘bailiff’ or ‘farm manager.’ Historically, it was the base of operations for a lord to manage his lands and products. The buildings usually come equipped with a stair to nowhere, which was a lookout tower for warning of Saracen invasions or pirates on the rampage. 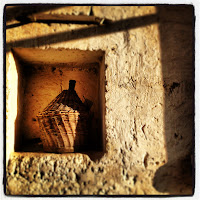 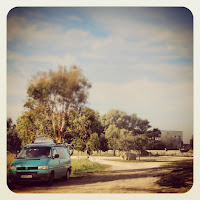 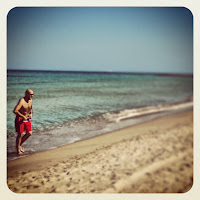 It looks like a Mexican ranchero from the outside, with a square interior courtyard that has a restaurant to the right and rooms to the left. In a word: it’s charming. The owners are a reflection of their home.

It’s an agri/bio-tourismo farm, which means they grow the vegetables in the back orchard that they then use in the restaurant. They make their own flour, again used in the restaurant for fresh pastas. And they buy locally whatever they lack. 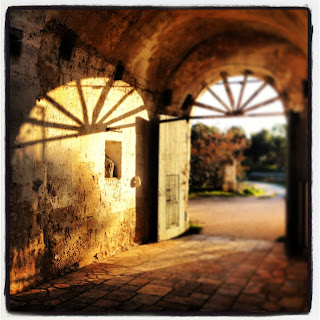 They also give back to the community, which is admirable.

They have days where children are bussed out to the masseria to learn the old ways of harvesting and planting. They’ve had special dinners for the blind and for the deaf. Valeria (the chef) and Oronzo (the manager) are generous personalities.

Their B & B offers rooms to musicians by default: they happen to have a professional musician/producer with a recording studio as a neighbor.
It’s also close to windmills, which are clearly visible across the meadows. And the sea is only about 3km away, which (for me, the un-cyclist extraordinaire) took a mere 20 minutes. Grin. I even made it back. 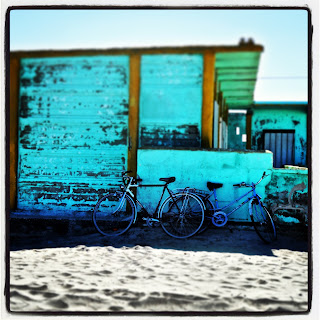 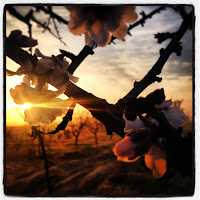 Our plans are pretty elastic. We’ll be staying here a while longer, then we’ll revisit the circus to deliver their commercial.

Standing in line in the supermarket, another fella heard us speaking English. He told us he has 3 English acrobats staying with him near the circus (no relation), and that we’re more than welcome to stop by for a night or two.
Sicily’s on the not-so-distant horizon.
We might be stopping by the producer’s to check out his studio, but other than that our only plans are staying: calm, cool and unrestless next to Lecce.
Masseria Ospitale B & B
Share on FacebookShare on TwitterShare on Linkedin