We became interested in solar power because we knew we’d need a sustainable power source for our gadgets, so that we could work from the road. But first we had to understand what solar power actually is:

Solar power: the long-term savings, the eco-friendly energy and the endurance as a power source make it an ideal alternative. Many people are unclear how, exactly, solar power works. What are the specific green energy benefits and are the costs evenly balanced by the advantages?

How Solar Power Is Harnessed

Solar panels are either solar cells (aka photovoltaic cells or PV panels) that use semi-conductors or a precision focus system that is based on lenses and mirrors. The process of collecting solar energy works like this:

The clearest benefit of solar power: it’s an endless source of reusable green energy. Sunlight isn’t a finite source, unlike fossil fuels. Solar cells don’t have greenhouse emissions, and they don’t add to air or noise pollution. Fossils do. Other perks include:

How Much Does Solar Power Cost?

The costs of installing a solar power system are constantly changing, but a general estimate for an average system can run from $18,000-25,000. That’s out of most people’s price range, which is why many installers offer one of two solutions:

The best bet for finding the right fit for you and your energy needs is to do your research thoroughly, the same way you would any large investment.

You might want to try a very basic, simple system to become familiar with how solar power works for you in particular. A few tips to help your search:

Installing solar cells is a smart choice. The simplicity of the system, the green energy benefits and the long-term savings all point towards the same direction: solar power is a worthwhile investment. Having portable solar power on our Westy was one of the best decisions we’ve made for our life on the road. What are your experiences with solar power? Let us know in the comments below! 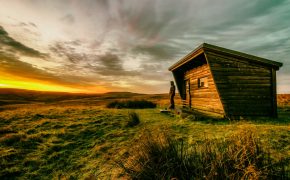