“A person doesn’t change because you find out more.” -Anna Schmidt, The Third Man

Vienna surprises us, actually did change from finding out more about it. After Armando had a hectic two days of shooting, we had a look at my notes of discovery about Vienna and made a loose itinerary. It included the legends of St. Stefan’s Cathedral (all involving the devil, unsurprisingly); the Museum’s Quartier; and a tour of the Viennese sewer system, via The 3rd Man Tour.

Nope, I didn’t make a typo there. We went on a sewer tour, perhaps the furthest thing you could imagine doing in your free time in Vienna. But it was cool. The film the tour is based on, ‘The 3rd Man,’ stars Orson Welles as a baddie who seeks shelter in Vienna’s complex tunnel system of sewage.

The reality: it’s fun to wear plastic hats that click under your chin and have miner lights on them. The smell isn’t nearly what you’d expect, since most effluvia gets cleansed in a complex process involving fresh river water, turbulence and great air passages. The visuals, however, leave little to the imagination.

Our tour guide did his best to instigate a shared passion into the group for the technology he was so graciously sharing; a few fellow Americans couldn’t but help make the odd poo joke or two. However, Vienna being as static and pristine as it is- the tour grounded the city. It made it more human, more accessible to us mere mortals that don’t fully grasp the importance of the pinky flick when sipping on vanity* (*overpriced) coffee.

A few more bits about our time in Vienna, as tourists. We stayed at a Park & Ride for €3/day. Call us cheapskates, if you will, but parking in the street was a maximum of two hours a go, at about €2/hour. So yes, we’re cheap as chips. Ha.

There was also an electric plug at the Erdberg lot, but no one knew how to actually purchase a ‘Tanke Karte.’ Great idea, will be even better when it can be bought and used. Grin.  It was interesting that the St. Stefan’s tour guide was clueless about the only two things I was interested in: the rooster legend and the 3 demons trapped in the walls legend.

We went down Blutgasse (‘Blood Alley,’ a narrow passageway where secret Templars were attacked until the cobblestones were flowing blood- ah, the gore of history-!) and quite accidentally stumbled upon the meek chapel (Church of the Teutonic Order of Knights) that they’d worshipped in, that hadn’t been listed in most Vienna city guides.

Our last night was also an accident, a very fortuitous and bizarre one.  The place we’d gone to for Internet wasn’t open, so we walked a bit and found a graffiti squat. Inside, there was a stage- musicians practicing- punks- a wee pub at one end. Once upon a time, I was a band photographer. Armando’s done a fair bit of music videos.

We immediately fell for the place and felt at home. 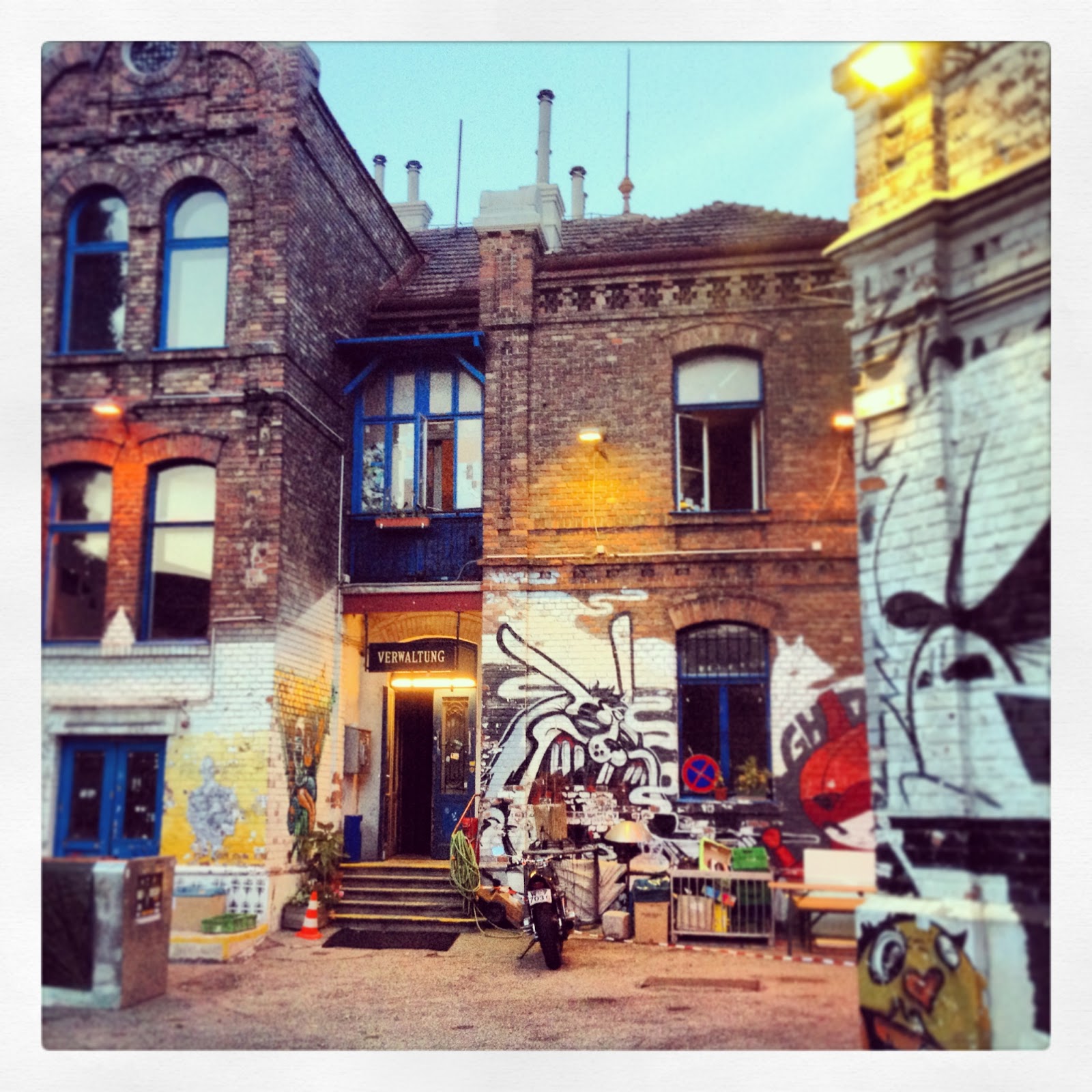 A delightful end to our time in Vienna: Arena, which only left us with the mild discontent we hadn’t discovered it earlier. Free WiFi, nightly shows and all manners of people lingering about– not to mention some of the best graffiti I’ve seen in a long time- with (strangely enough) jazz music floating out from the very punk bar.
I found a summer schedule and had just missed seeing Guitar Wolf, a Japanese band I’d shot in MT that had stayed at our house while on tour. The oddities of life, eh? I only hope those boys have finally learned how to play more than one chord…

End of the day, I did like Vienna. I didn’t expect to. It’s not nearly as stuffy or dreary as I expected, but is certainly more mellow than Milan or Brno- our next stop we visited.

Bike friendly, similar pricing to Munich without all of the weird ‘rules’ and atmosphere- I wouldn’t mind popping by the hidden delights of Vienna again.