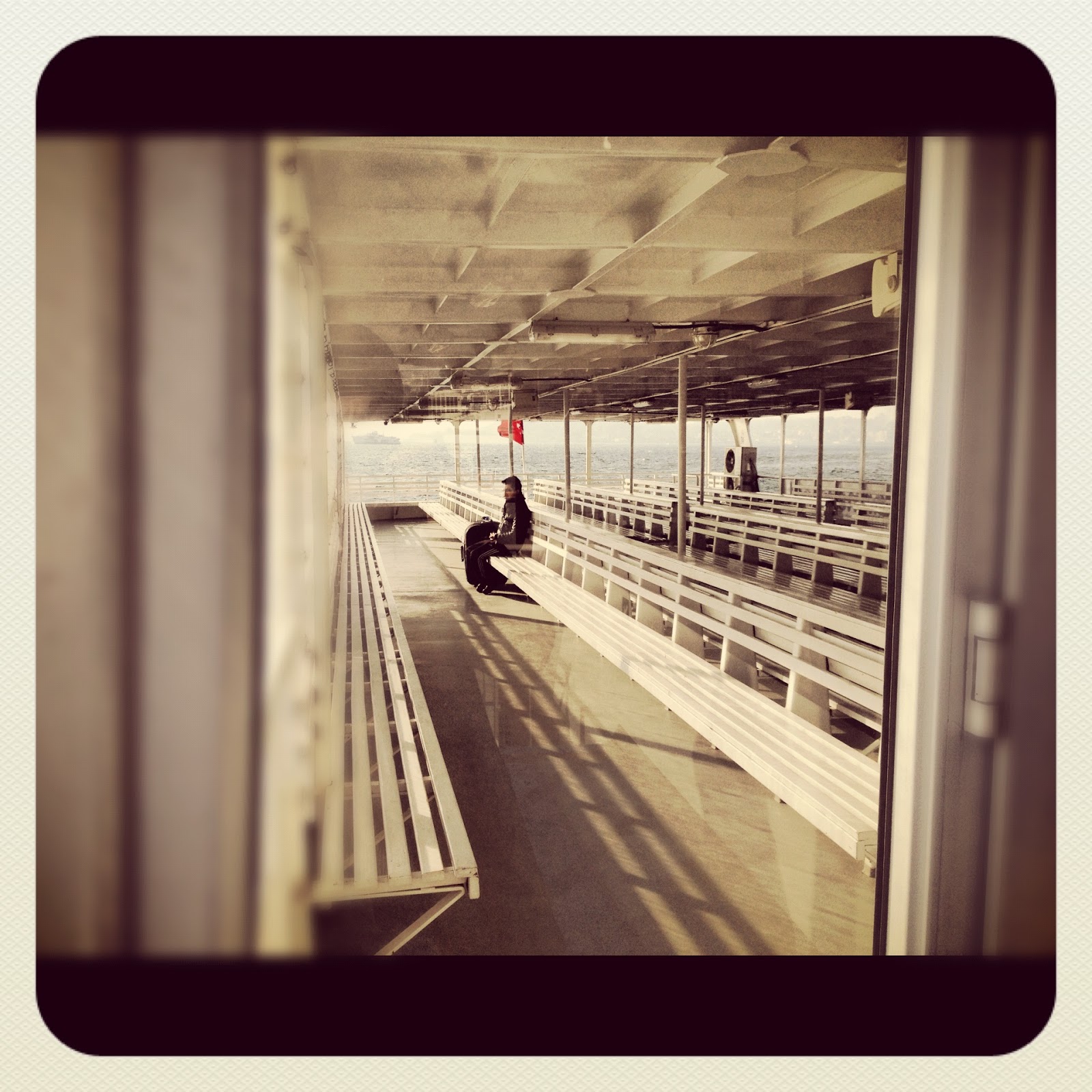 Break on Through to the Other Side 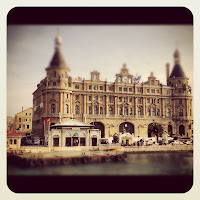 I’ve just had a meeting on the east coast, actually the Asian side of Istanbul, which changed- made- my day. On the other side.

I had an appointment with Hasan yesterday, to meet for the first time and have a chat/an in-depth conversation about our projects. So I took the ferry from Kabatas to Kadikoy on the other side.

I met Hasan and we chatted for a while in his house-office. Afterwards, because of the nice weather we decided to take a nice walk in the neighborhood to discover new places. The Asian side is much quieter (and believe me, quiet is not what you’d expect from the word ‘quiet’) than the west side.

I went down one of the main streets with a fish bazar and I have to say it wasn’t nearly as crowded as it is, for example, in the Spice Market. I think it’s because most of the tourist signs are in Eminonu, so it’s full of both Turkish people and, of course, tourists. 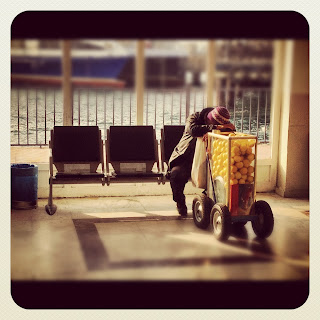 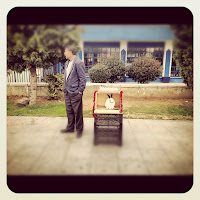 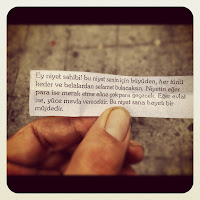 But the Asian side seems more genuinely ‘Turkish.’ Calmer. I took a walk in some tiny side street that was really picturesque, and finally found a nice square where I could sit down on a bench and start writing in my new notebook.

I was full of ideas for my upcoming project.

On the way back to the European side, I went past a pretty little park on the seaside. 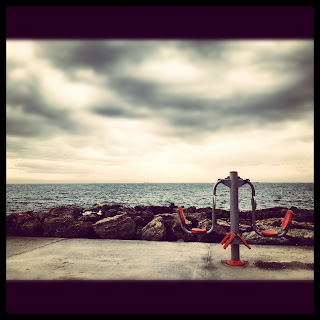 It was calm as well, and at the exit of the park I saw a man with a rabbit in a box. On the top of the box were small pieces of paper…so I went over to him and asked ‘What is this?’…he answered me…’What?’ And I said it again: ‘What is that? What is it for?’ And he replied: ‘What?’

Instead of continuing the ‘What?’ conversation, I decided to give him 2 lira and see what’d happened.

The man just took out the rabbit and put it close the top of the box with the pieces of paper. The rabbit chose a fortune message for me. In Turkish, of course, but the translation is something like:……see translation……

It was really nice to discover a different kind of neighborhood in the same big city: but with calm and tranquility.

People walking without stress and enjoying their free time. The way back with was on the ferry and again, back to the little and crowded street of Beyoglu and finally I returned back to the van. Sane & safe. A.

Food Is the Word