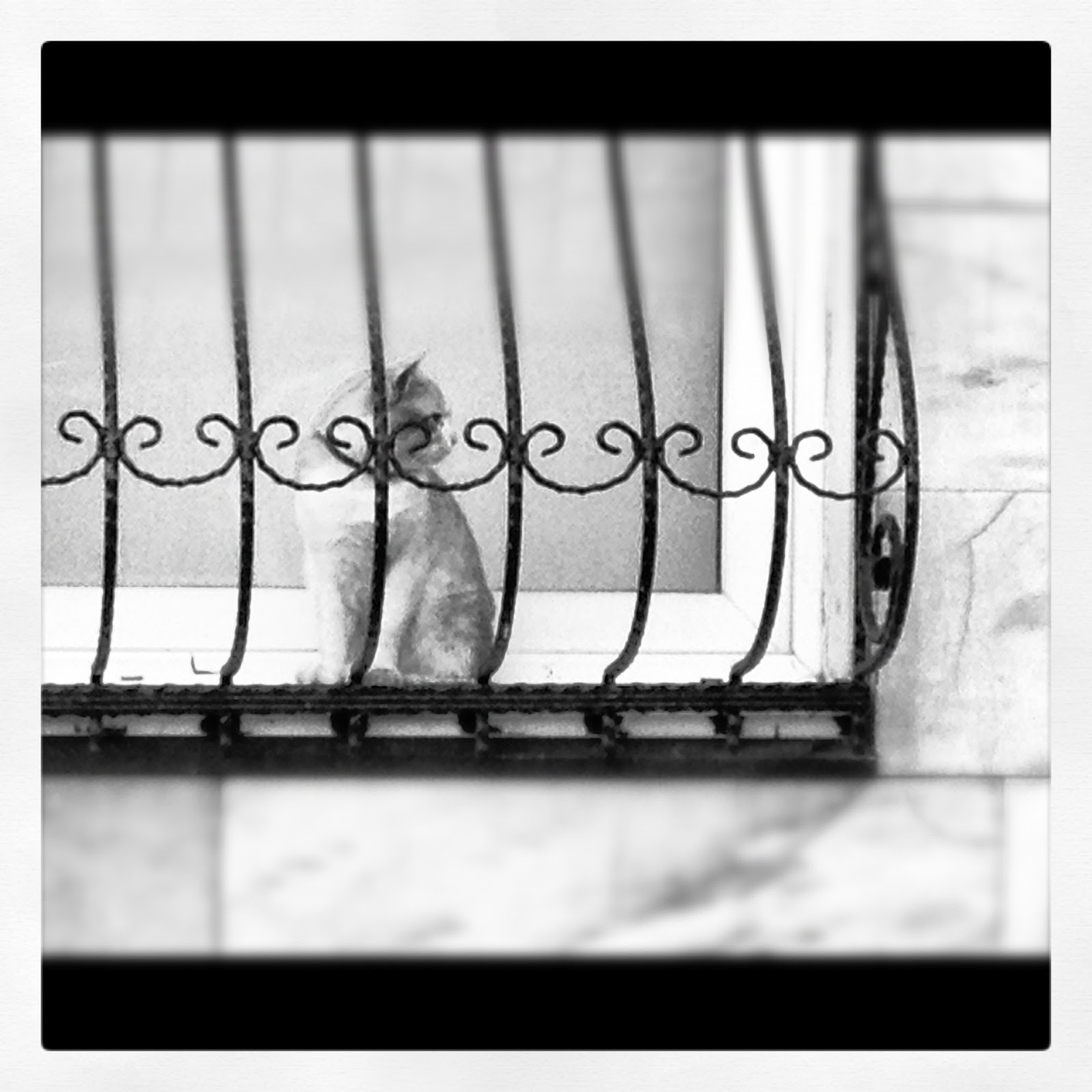 By Mel Candea on November 10, 2012
We can’t possibly ignore the second-highest population of Istanbul: the cats.

If we thought Plovdiv had an affection for the felines, they have absolutely nothing on Istanbullus (yep, just learned myself that that’s the official* plural form for those that hail from here).

The cats in Istanbul are, quite literally, everywhere. There’s a reason for this, which I’ll get to in a moment, but first a few of the locals:

I say magically because she’s been ready to pop since we arrived over a month ago. And she just gets bigger. It seriously looks like she’s carting around at least a litter and a half.

We made the mistake of letting one of the neighborhood strays hop into our home one evening. Then we made the second mistake of naming him. 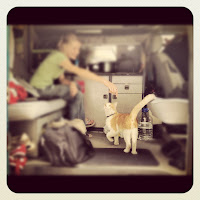 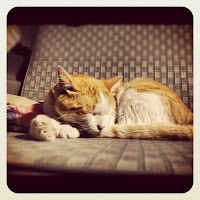 His name is Jam, and man does that cat hold a grudge. He was king of our humble castle in less than minutes, and didn’t take kindly to being booted when we were ready for bed.

He got in a few good scratches (my face is still showing Jam love remnants) and seemed* to have a thing for Armando. However, the next time we saw him he tried petting Jam and came away with a clawed and bleeding hand.

The Istanbullu love of cats appears to boil down to religion. Mohammed was a cat person, he reportedly cut off a piece of his robe instead of disturbing his kitty’s nap. There’s another legend that a cat protected him from an asp, and he declared all cats sacred. 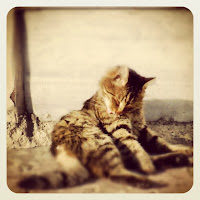 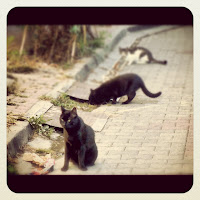 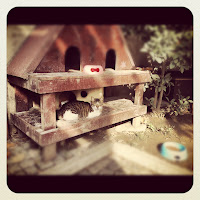 The strays are adopted, in each neighborhood. There are people who leave out food and fresh water daily. Some people even make cozy places for them to sleep.

It’s a smart way of finding a compromise between having a pet and having little to no space for it.

The dogs aren’t as lucky, and are considered ‘dirtier’ than cats. In 1910, thousands of them were rounded up and shipped to a deserted island where they starved.
Since 2004, an animal protection act has slightly improved conditions. The strays are spayed, neutered, tagged and returned to the neighborhood whence they came. Records are kept, apparently. 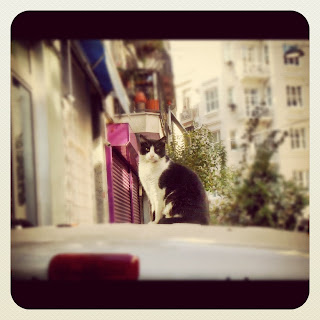 It sounds like a great system, but it has some massive flaws. Our neighbor, Hilary (I’ve mentioned in a prior post), has an uphill struggle taking care of the neighborhood kittens and cats. She spends her free time trying to find homes, taking them to the vet, looking for funding. Her site is Cihangir Cool for Cats.

We love the strays of Istanbul. Just this morning we had an extra guest for our breakfast meeting with Armando’s friend, Malvina. There was a rather heated cat fight across the street. And at least two made walk-bys in less than an hour.

They’re on cars, under things, in windows- if there’s a surface, there’s a cat available for it. They are an integral part of Istanbul’s character, which is reflected in the oft-used phrase:

”If you’ve killed a cat, you need to build a mosque to be forgiven by God.”

Below is a video of cats in Istanbul. They look a lot happier than Jam did, last we saw him (good luck, little fella).

At Your Service: Deliveries in Istanbul