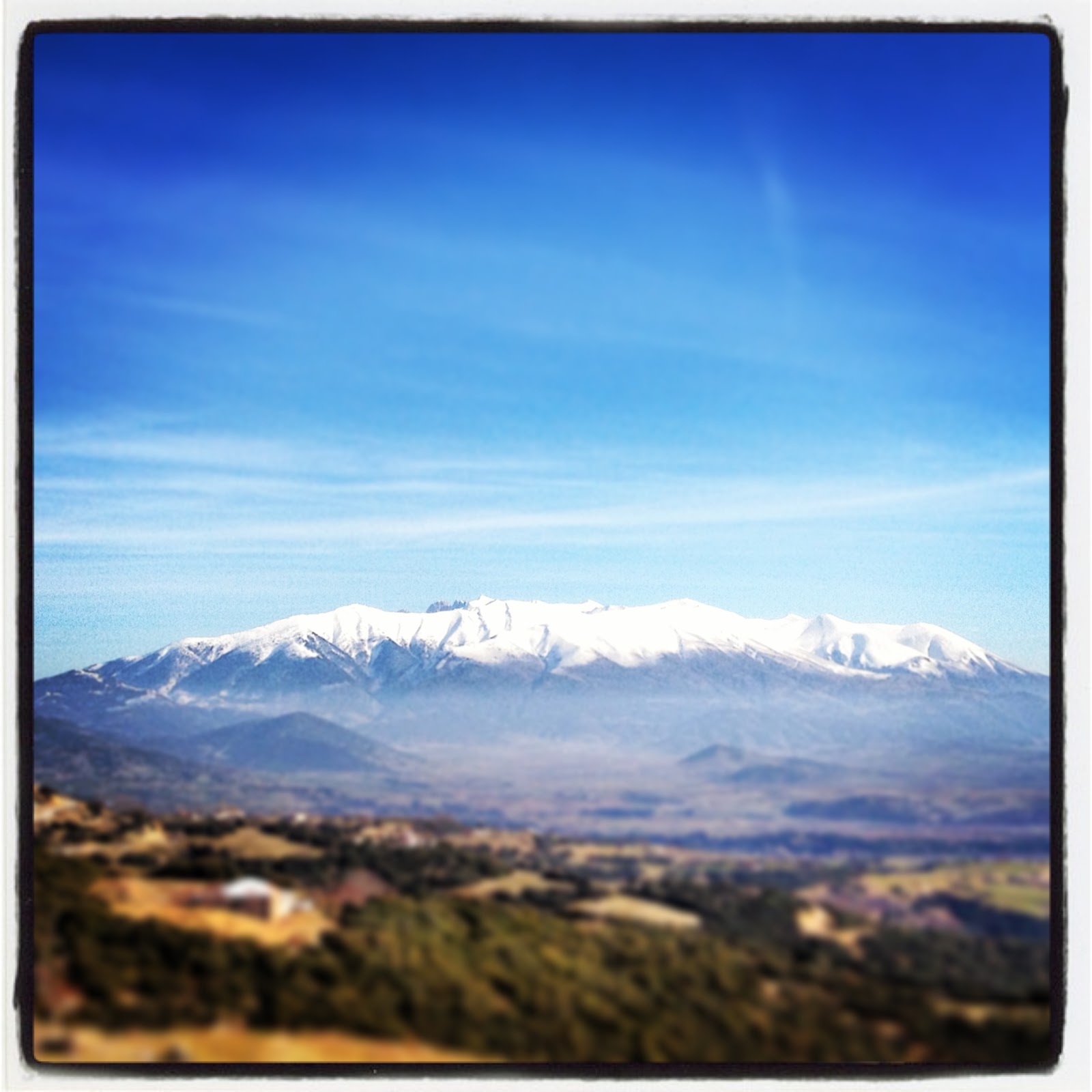 The past few days travelling from Thessaloniki have been full of ssshhh…ness. And we’ve been overjoyed. I don’t know who’s happier, Armando with his Alp history or me with my Montana roots- but it reminds us both of our respective homes.

We took a small detour (read: we got a little lost) and stumbled upon Mount Olympus as a backdrop. As one does. The pictures really don’t do the majesty justice. The range is truly gobsmack-inducing.

We watched two fighter jets playing in the sky. The whole loopty-loops at top speed. We noted the dozens of roadside markers on the mountain roads, where someone had died and was remembered. 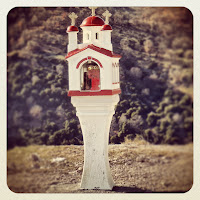 In the States, we put up a white cross. Here, they erect miniature Orthodox praying stands. They’re in various states of repair (or disrepair), but it’s somehow comforting that Greeks remember theirs, too.

We hit a cold spell, and even that was welcome. We spent a few days near Servia at the lakeside, where it got down to -5 Celsius. We used our insulation and creativity to ‘survive’ the freeze. Ha.

We’re now at the seaside, next to Lamia, and it’s roughly 65 degrees Farenheit at close to 5 p.m. The sun is only now considering going down. We have fresh fish and squid given to us by some local fishermen. In other words, not too shabby. 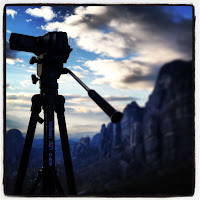 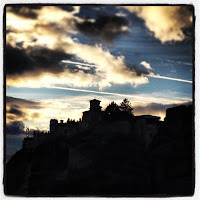 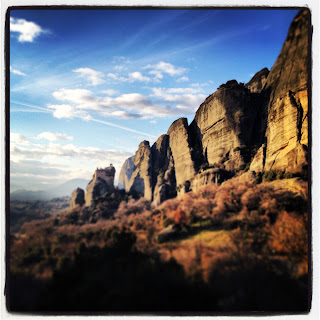 I can’t possibly go on without mentioning Meteora, which should be one of those lucky seven wonders of the world. We heard about it from a fellow-traveller friend, Sue (thanks, Sue).

It’s an area of rock formations/mountains with monasteries built on the peaks. I don’t have words to encapsulate the feeling of climbing up one of those tops and looking down.

We’ve had a few Mork moments, most notably finally getting the outside plug fixed. We’ve got our solar panel, but we lacked the outside extension of electricity (which in turn charges the back batteries and makes life a lot easier). 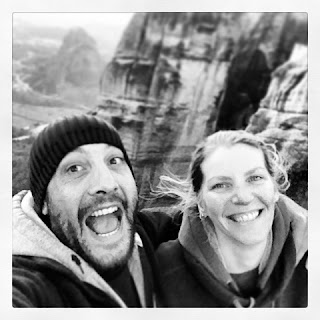 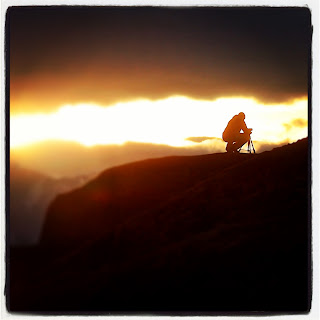 A very nice RV mechanic from a village, Giannhs, and his electrician friend, repaired it.

It seems the main control panel was still the rusty original, and had given up the ghost.

There are sheep everywhere, which I know isn’t in the least shocking. It is Greece, after all.

But the vast amounts of sheep can be disconcerting. If you’re even slightly phobic, don’t watch the NZ film ‘Black Sheep’ (thanks Dave) and then visit here. Just sayin’.

Greece’s mountains and countryside are Montana echoes. It’s a heart-tweaking twin. I’d like to thank Greece for re-creating a passion where I grew up. We can’t wait to visit. Grin.
Share on FacebookShare on TwitterShare on Linkedin