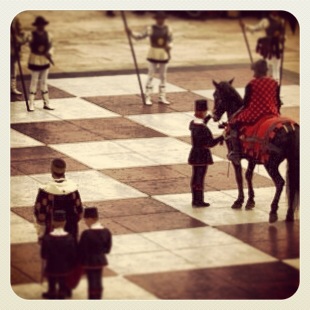 We try to find out interesting facts from each country we visit. You might know some of these, but with a few I was able to even surprise some Italians. Read on for obscure Italian facts:

Before Rome became a Republic, it had 7 kings.

In 1454 in Marostica, Italy, a competition for a princess’ hand between two men resulted in… a human chess match. The winner got to marry her, the loser her sister (lucky sis, no?).

Behind the scenes, the salty little princess had an affair with one of the players- thank goodness he won. To this day, the village celebrates the fabled chess match by re-enacting it with over 500 live chess participants. It happens only on even-numbered years the second weekend in September. Roughly.

The word ‘Italia’ is translated to ‘calf land,’ and is named for a Southern Italian tribe that had a bull as a totem. 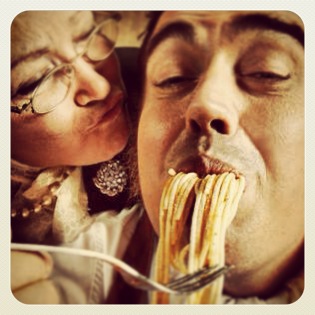 Italians are super famous for their big families, but have the lowest birth rate in the EU and the second lowest worldwide.

An Italian woman averages 1.3 children (don’t you love how percentages give you unfortunate mental images-?) and usually has children at the age of 31.

Italy’s public health system is the 2ndbest in the world.

Men typically live at home into their 30s– even when they have a job, etc. Of course, there are exceptions. 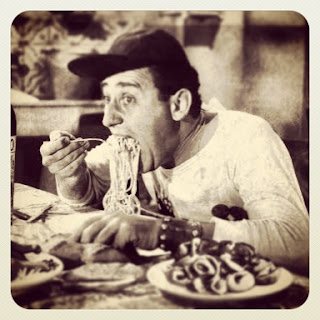 It’s not shocking that Italians eat the most pasta per capita, but did you realize they have over 600 shapes? The names usually describe the appearance, not what the pasta’s made of.

They produce the most kiwis. Seriously strange.

Italy imports over 75% of its energy. It’s so dependent that a few years ago, someone forgot to pay France the electric bill and some of the northern areas were completely cut off.

It’s the only country to have 2 embedded independent countries within its borders: San Marino and the Vatican.

The famed Swiss Guard of Vatican City have to be at least 5’7”. 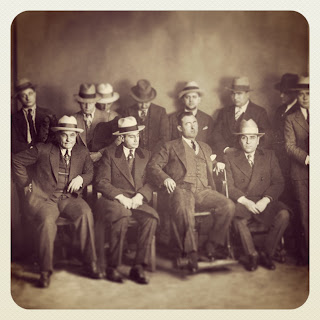 The word ‘ciao’ originated from the word ‘schiavo,’ which means ‘slave’ or ‘at your service.’

The mafia, known as the ‘Cosa Nostra’ translates to ‘our thing.’ (Does that include horse heads-?)

When speaking Italian, you have to be certain to pronounce all of the letters. You can change ‘penne’ (as in pasta) to ‘pene’ (as in male dangly bits) or ‘anno’ (as in year) to ‘ano’ (as in hiney). By the by, I feel sorry for Czechs visiting Italy. Their ‘ano’ means ‘yes.’

Footie hooligans in Italian are called ‘tifosi,’ which translates literally to: ‘typhus carriers.’ 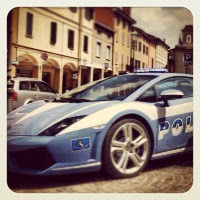 Italy’s roughly the size of Arizona, with a difference in population: 60 million compared to 6 million.

Everyone knows the national anthem and sings it, but the government still doesn’t officially recognize it.

It’s illegal in Italy to make a coffin out of anything but nutshells or wood. (The nutshells have me baffled, too.)

As a closing to this post we’ll leave you with a video, called ‘Italy vs Europa’ by Bruno Bozzetto. It’s a cartoon highlighting a few differences:

We hope these tidbits have left you in higher spirits than when you began reading. Be sure to add any other quirky Italian facts you know (and adore) in the comments below!