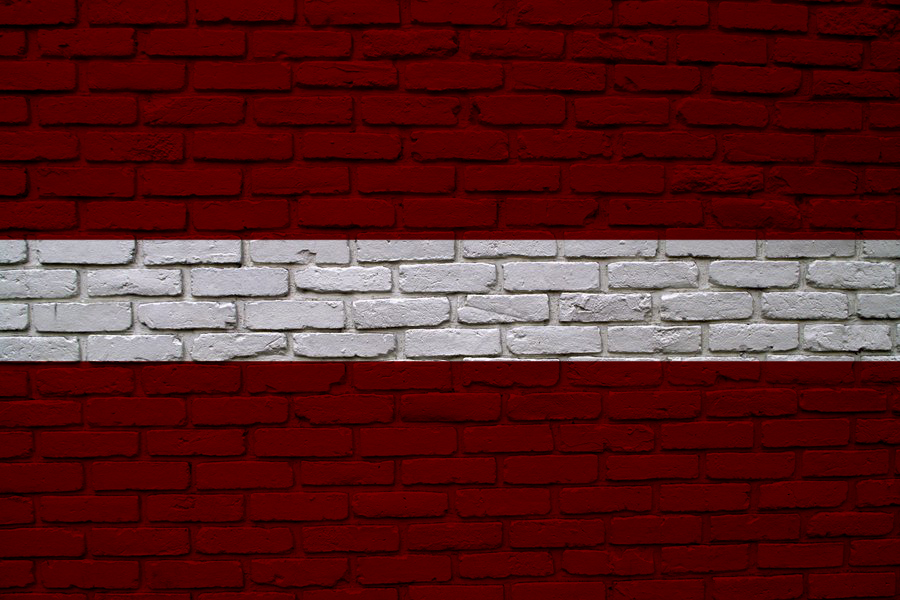 Latvia, like Lithuania and Estonia, many times just gets grouped into ‘one of the Baltics.’ Yet this small country is rich in culture, quirks and heritage. Take a look at our list!

Latvia may be small, but that doesn’t mean it’s by any means boring. We’ve compiled a list of (what we think) are interesting facts about Latvia. How many do you know?

Latvian History and Such

Latvia was once ‘Lettland’ and Latvians were the ‘Letts.’ This is because the natives were Letts, up until the 13th century, when the Livonian Brothers of the Sword (knights from Germany, and yes- a real title) came in and took over.

Latvia has only been independent twice: for 21 years (1919-1940) and from 1991 to now. German, Polish, Swedish and Russian regimes ruled for much of its history.

Depending on whom you ask, Latvia still has 29-40% of a Russian population. While many Latvians can read Cyrillic and speak Russian, they prefer their native Latvian.

Speaking of language, there’s an annual competition of translators Latvian-Estonian and vice-versa. The winner this year was Latvian (Maima Grīnberga).

Latvian Prime Minister Karlis Umanis went to Nebraska University and also lived in Texas for a while as a dairy farmer before becoming involved in politics.

The dancer Mikhail Nikolaevich Baryshnikov was born in Riga; explorer Aleksandrs Laime, the man who discovered Angel Falls in Venezuela, was Latvian; world-famous architect Gunnar Birkerts was Latvian-born; Walter Zapp invented and built the first Minox ‘Spy Camera’ in Riga; and Arvīds Blūmentāls from Dundaga, Latvia was the inspiration behind the character of Crocodile Dundee.

Just to name a few. Grin.

The widest waterfall in Europe is in Latvia. ‘Ventas Rumba’ is 360ft wide- which really must be stunning to see.

Latvia is home to a lot of returning rare plants and animals. You might be able to catch a glimpse of: the European lynx, European wolves or even the extremely rare black stork.

The national animal of Latvia is the White Wagtail. And yes, it actually does wag its tail. Scientists don’t really know why, it could be a warning or a come-hither.

An oddity for the wayward tourist: the ‘prison experience’ hotel, Karosta. It is exactly what it sounds like- you get to stay there and live like a prisoner. However, their service seems to be much recommended.

*Odd place that closed: the famous ‘Hospitalis Restaurant’ is apparently no longer in business.

The food in Latvia has some similarities to other European cuisines (pork anything, bacon pirogis, lots of cabbage and sour cream, pickled veg) BUT it’s the only country in the world where they eat lampreys. It’s an eel-like fish they sauté (in tea or coffee) and then chill. Voila! Delicious lamprey jelly.

Latvia does have a famous drink, and it will either throw you under the table or grow some extra hair on your chest. Riga Black Balsam is not for the faint of heart. The locals usually use it as a flavoring ingredient or in teas in the winter, for example. Not as a pure shot.

The ‘Namejs Ring’ is a part of Latvian heritage and culture, especially for Latvians who move abroad. The legend behind it: King Namejs had the rings made to be able to identify members of his tribe at a glance.

The famous Latvian Lielvarde belts (now typically worn with folk costumes) had an important role. You received the belt as a child and wore it to special occasions or festivals; the belts could be used for hanging cradles; and lastly, for carrying coffins. They’re very symbolic.

The longest day in Latvia runs to over 17+ hours of sunlight.

The 500 Lat note (national currency) is still one of the most valuable worldwide notes today. Even with the adoption of the Euro.

You can have your Latvian name changed for around 70 Euros, if you like. However, if your name is truly terrible (think: ‘Gonoreja.’ ‘J’ is pronounced like a ‘y.’ Seriously.) they’ll let you change it for free.

The TV tower in Riga is the 3rd tallest building-? structure-? in Europe.

Lithuanians and Latvians are quite similar, linguistically and culturally with two main differences: Lithuania is more Catholic and loves basketball; Latvia is more Protestant and adores ice hockey.

Both countries, apparently, call each other ‘horse heads’ as an affectionate insult.

We hope you’ve enjoyed our list of Latvian facts. We’d love to hear your thoughts. Any corrections? Any to add? Let us know in the comments below!