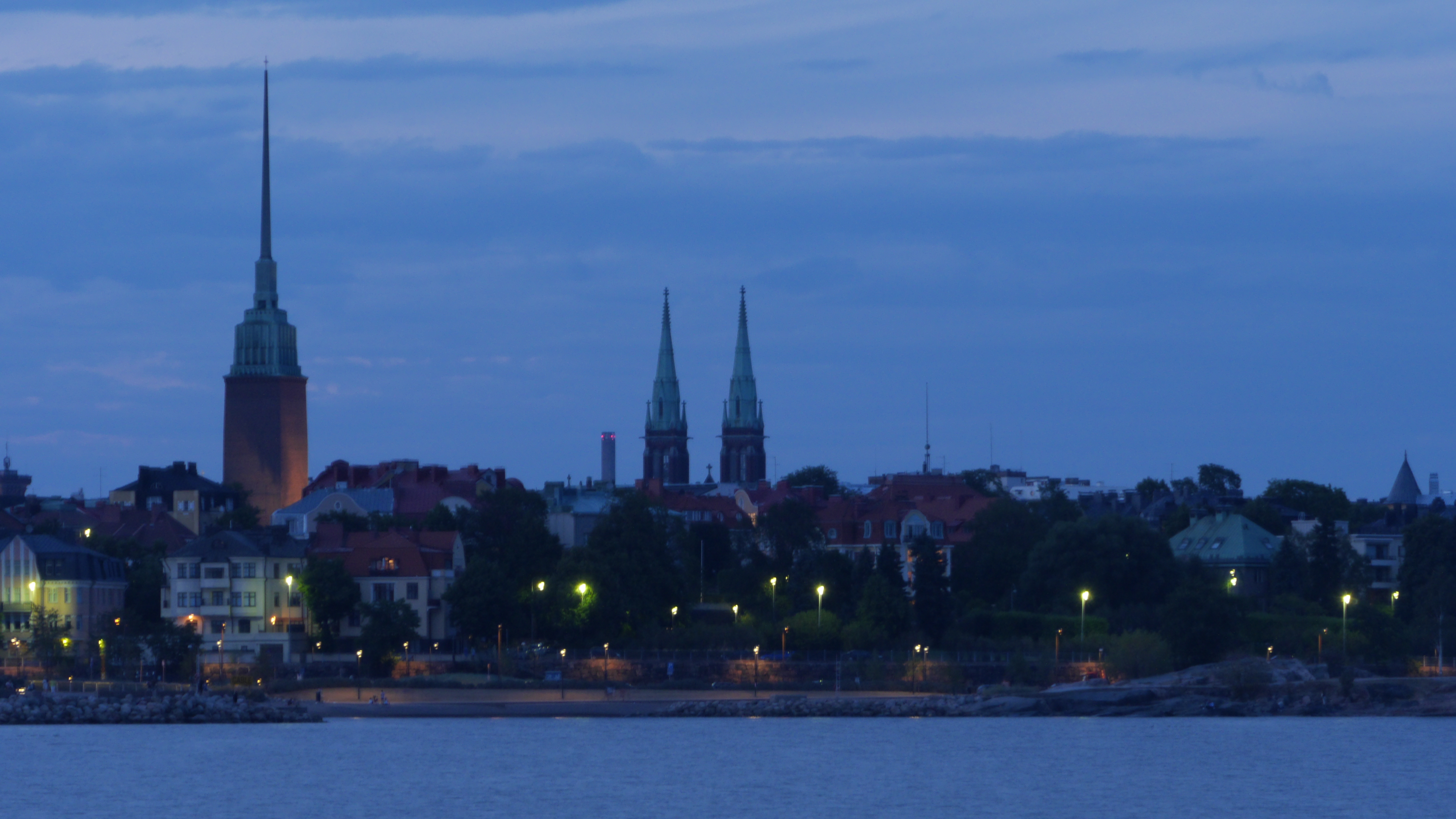 We haven’t had much to write about recently, but we’ll do a quick catch up for y’all on our last 2 weeks. I promise I’ll try to be brief. Grin.

We stayed a lot longer in Riga than we’d anticipated. A combination of waiting for payments; working on a large project; Armando chalking in front of the Israeli Embassy; and the small explosion* of our solar panel control took time.

Of course, police were involved a few times. 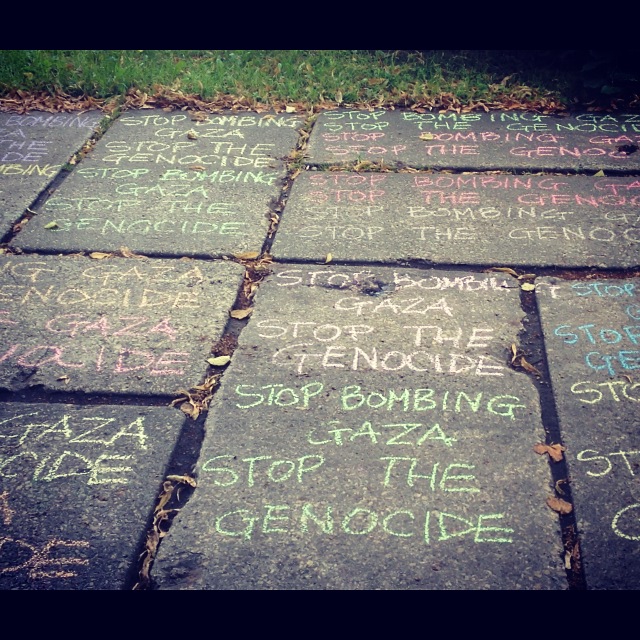 Twice for Armando’s protest against the Gaza bombing outside the Embassy (he wasn’t doing anything illegal, yet the Embassy security* guards insisted on calling the police) and once because a sly electrician who was supposed to give us an estimate fixed our gear. And then wanted payment for the work, which we hadn’t agreed on.

Needless to say, the police were on our side and we have all of our components back. They aren’t up to speed yet, but we’ve figured out a way of sorts that will work until we reach Oslo.

We spent most of our time in Estonia on the beaches of the sea. We had a great place in Tallinn where we met 2 Germans (Ralf and Greta?) with their show dogs. 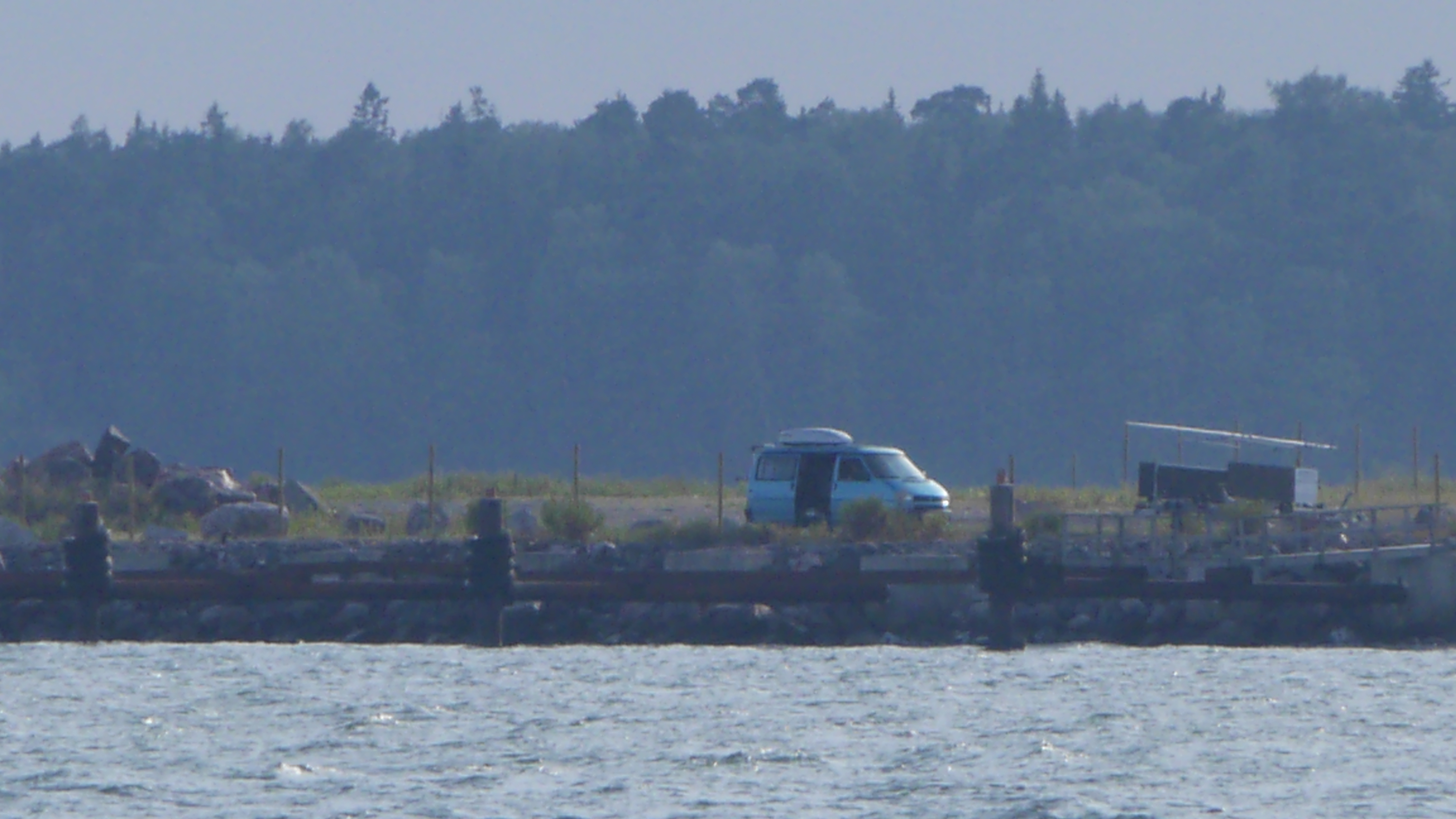 It was refreshing for us to meet fellow van campers and swap tales. We- or I should say I- really don’t have much of a social life, so it’s nice when we get the chance.

We took the ferry from Tallinn to Helsinki 2 days ago. I met a Finnish fella (Jarmo) who filled me in on interesting details about Finland, such as:

We’ll be in Helsinki until Wednesday afternoon, then Thursday we’ll have an epic ferry ride (11 or so hours) to Stockholm. Let’s hope it has WiFi. Grin.

Happy journeys to all and we’ll keep you posted, M, A & Mork