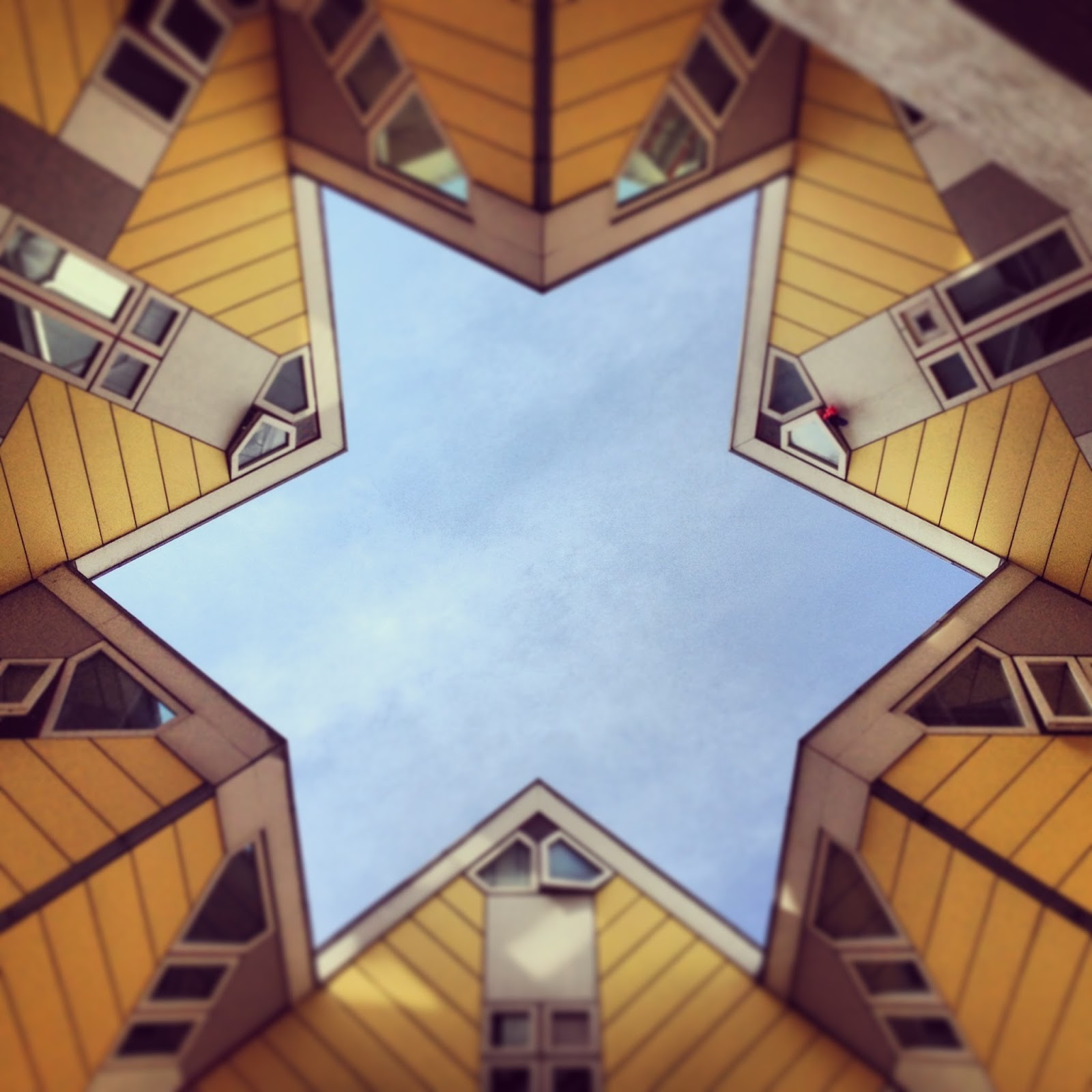 By Mel Candea on August 2, 2013
We weren’t looking for much from Rotterdam (let’s face it, a place based on ‘rot’= ‘muddy’ and ‘water’ combined doesn’t elicit much hope) so how grand a surprise that we liked it. Quite a lot.
The entire city center was obliterated in WWII, but they turned that tragedy into mind-bending architecture. We’ve never spent so much time- in any place we’ve traveled- taking so many photos. Rotterdam was rebuilt after the war in such an imaginative way that it’s easy to understand why Queen Wilhelmina backed their motto: ‘Stronger through effort.’
So. Rotterdam. Home of the 1980s house cubicles Kubuswoning by Piet Blom; a ‘hidden’ Cubist Picasso called ‘Sylvette;’ sleek and unique skyscrapers defying gravity; and the largest port in Europe. What’s not to like?
Parking (sigh* that old acorn) was still problematic, but luckily we arrived on Sunday. Free till the next morning. We woke, organized with a battle plan to hit the city- only to be temporarily foiled by the Dutch public transport system. 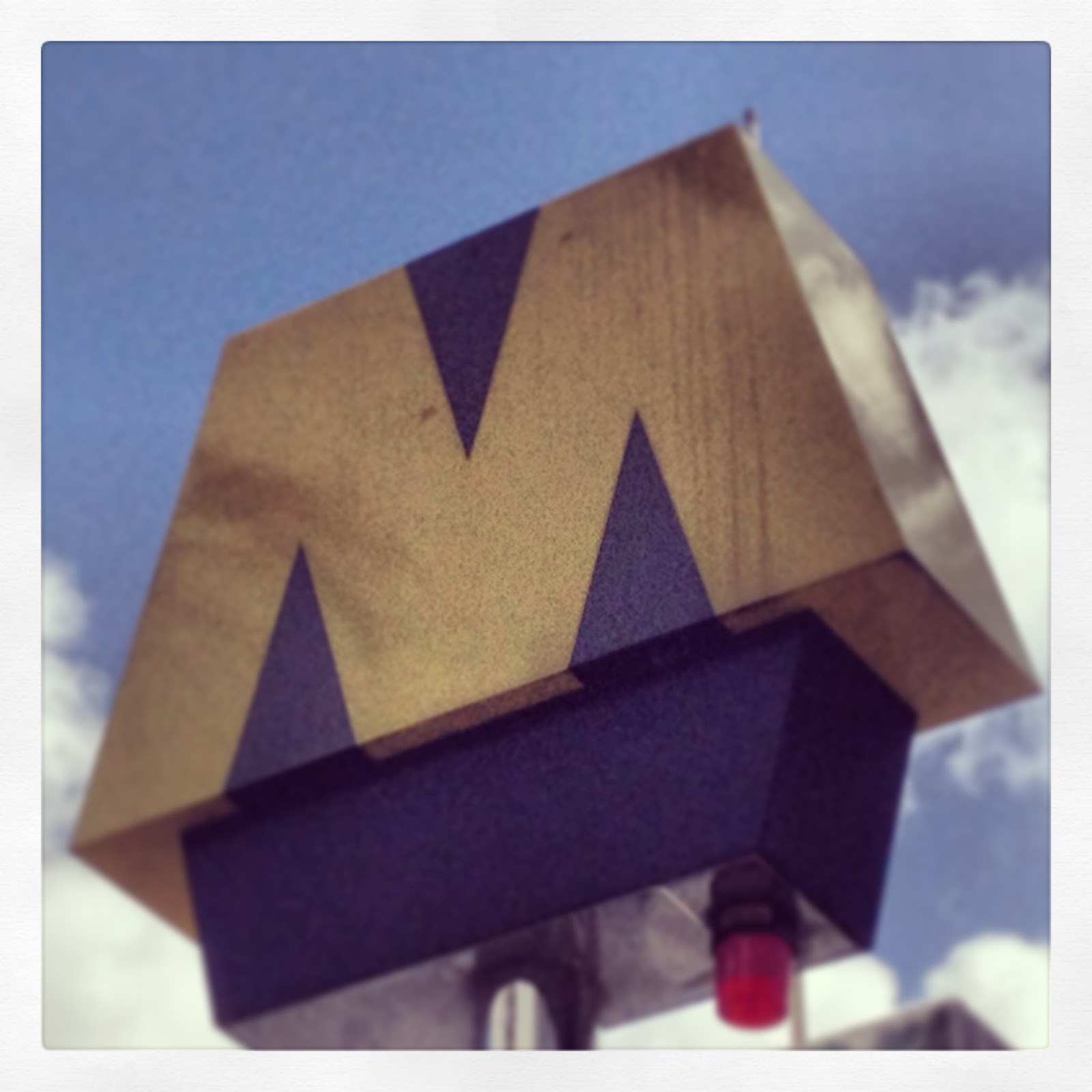 The Park and Ride we found at Meijersplein was fab, close to the metro system. The system, however, was impossible to navigate on one side. The other side took the local transport card, credit cards or coins. We had a €10 note and cards, none of which were accepted for about half an hour. The final cost: 1 hour, 2 people €6.

Once we finally finagled our tickets, we were feeling a bit deflated by Rotterdam- actually, by the Netherlands in general. Until we stepped out of the main station.

We didn’t stop taking photos until both of my camera batteries were dead, our feet were screaming murder and we remembered we’d forgotten to eat. It was roughly 3:30 p.m.

Cube Housing with a demo to check out: Not just a ‘how the heck does that work-?’ curiosity, the building complex is lived and worked in- not to mention the Stay Okay hostel is housed inside. Entrance was €2.50 to self-tour, which was cool. And made me realize there was no way I could live there. Ever. Creative, unique, yes. Uber claustrophobic, particularly the attic- not gonna happen for me. 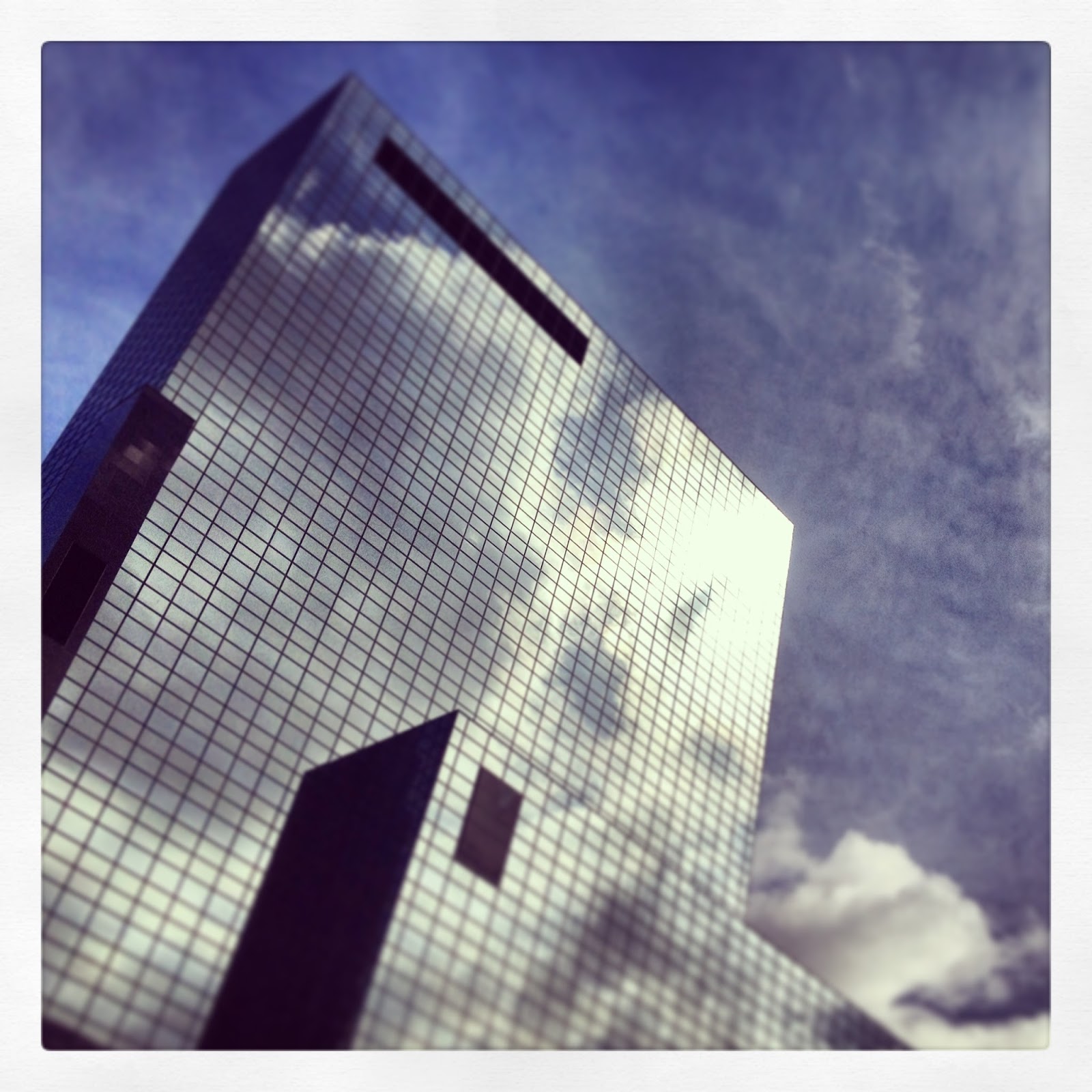 Navigate your way through an architecture walk: An easy-to-use downtown map takes you to all of the architectural high points, without too many distractions. The streets were surprisingly quiet, tourists were at a minimum and craning your neck upwards was consistently rewarding.

Screwy statues everywhere: From classical sea-influenced mer-creatures to random international artists in unlikely nooks of the center, sculpture fans are appeased. One OMG to check out: the Santa Claus holding a thing-a-ma-jiggy. The locals call it ‘Bum Plug Santa (apologies, but it is what they call it),’ which you can never unsee.

The Bibliotheek, the library to get lost in: The largest library in the Netherlands, it also happens to be a gorgeously designed building. It’s huge. Huger than huge. It’s also really modern, with nearly all the accoutrements a bibliophile or traveler could ask for. Internet use is €3.50/day– but if you’re planning on staying more than a few days with connection they offer a yearly account for €12.50.
Other Rotterdam Notes:

WiFi not-so friendly. There’s supposed to be a ‘city-wide network,’ but it didn’t work for us. Any Rotterdamians that might know how to tweak the system please let us know below. We managed to find a few places, but Rotterdam wasn’t the most welcome of WiFi areas.

Mondays are late days. Shops don’t open until 12 or 1 p.m., museums are closed- but oddly enough- most places are open 7 days a week. They just prefer not to do the whole 8-5 Monday through Friday thing.

Rotterdam, as a whole, was definitely worth stopping by. As far as wanting to live there- probably not. Despite the fact that they are extremely multi-cultural, with less Dutch giants making you feel pint-sized, it’s a quietly kept city. If you can figure out the complexities of the public transport, enjoy a certain amount of serenity and like being near the sea it could belong to you.

We were simply happy to have a full day there, working our shutter fingers to the bone. Grin.

What about you, have you ever been to Rotterdam? What were your impressions of the city? Let us know in the comments below!

Amsterdam: Hold the Mayo (and the Yawn)

Antwerp: Brabo Who and for How Long-?