Sbohem, Prague and Hallo, Berlin: From the CZ Back to Germany

To say that we’re not slightly bitter (read: still ticked off at certain circs that came about in Prague) would be an absurdity. Of course we still have residue, but in the end we made/have made the best of a squirrelly incident.

Our last day in Prague consisted of playing tourists in the Old Town, where I got to wish on the bridge (St. John of Nepomuk) ; visiting a very cool ‘urban collector’ named Milos at Bric a Brac. He has a shop full of just about everything a heart could desire in the way of kitsch and eye kibbles.

We finished our day off with a stop by Misko’s Café Arte, where the English pianist Robin Finesilver and the Slovak bassist Barnabas Szabo were playing. They were fantastic. They did renditions of classics like ‘Summertime’ and took requests of ‘Free Bird.’ It was good ear candy. 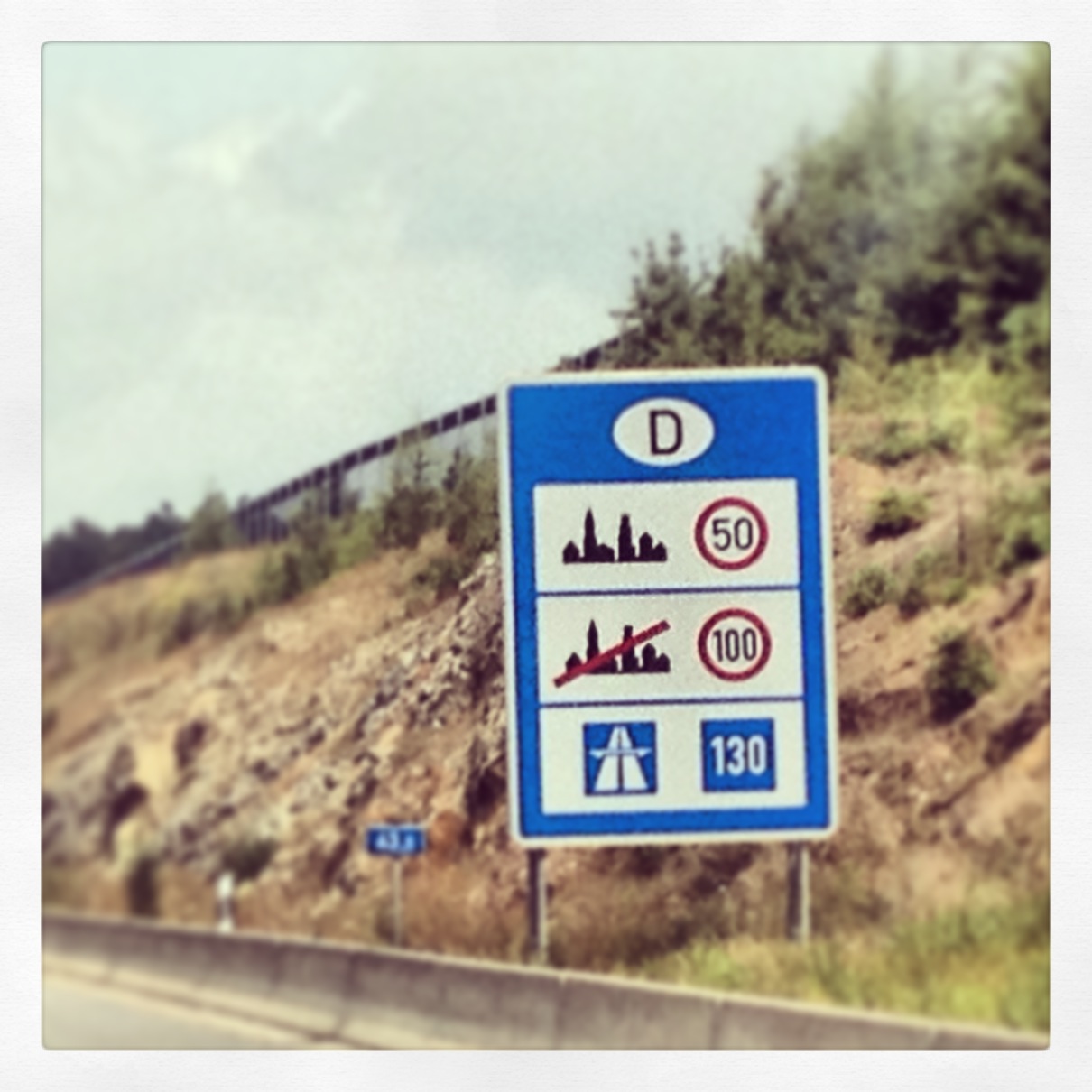 It was a nice, relaxing and entertaining day in all. A breath away from badnesses, and an almost return to normalcy. In other words, just what the Czech doctor ordered for the continuation of our adventures.

We picked up Jasmin and Eduardo, our passengers for carpooling, Sunday morning. Jasmin’s from Hamburg and a PhD student of logistics; Eduardo’s originally from Guadalajara, Mexico and an engineering student.

They were both easy going about our travel schedule, so we made a short foray to Grossheim for a cemetery that Armando’s great-great grandfather is buried in.

Jasmin served as interpreter, and while the three of them went scouting the walls in search of his ancestry, I took the time to roam the cemetery. I like cemeteries. You can tell a lot about a culture by how they bury or remember their losses. 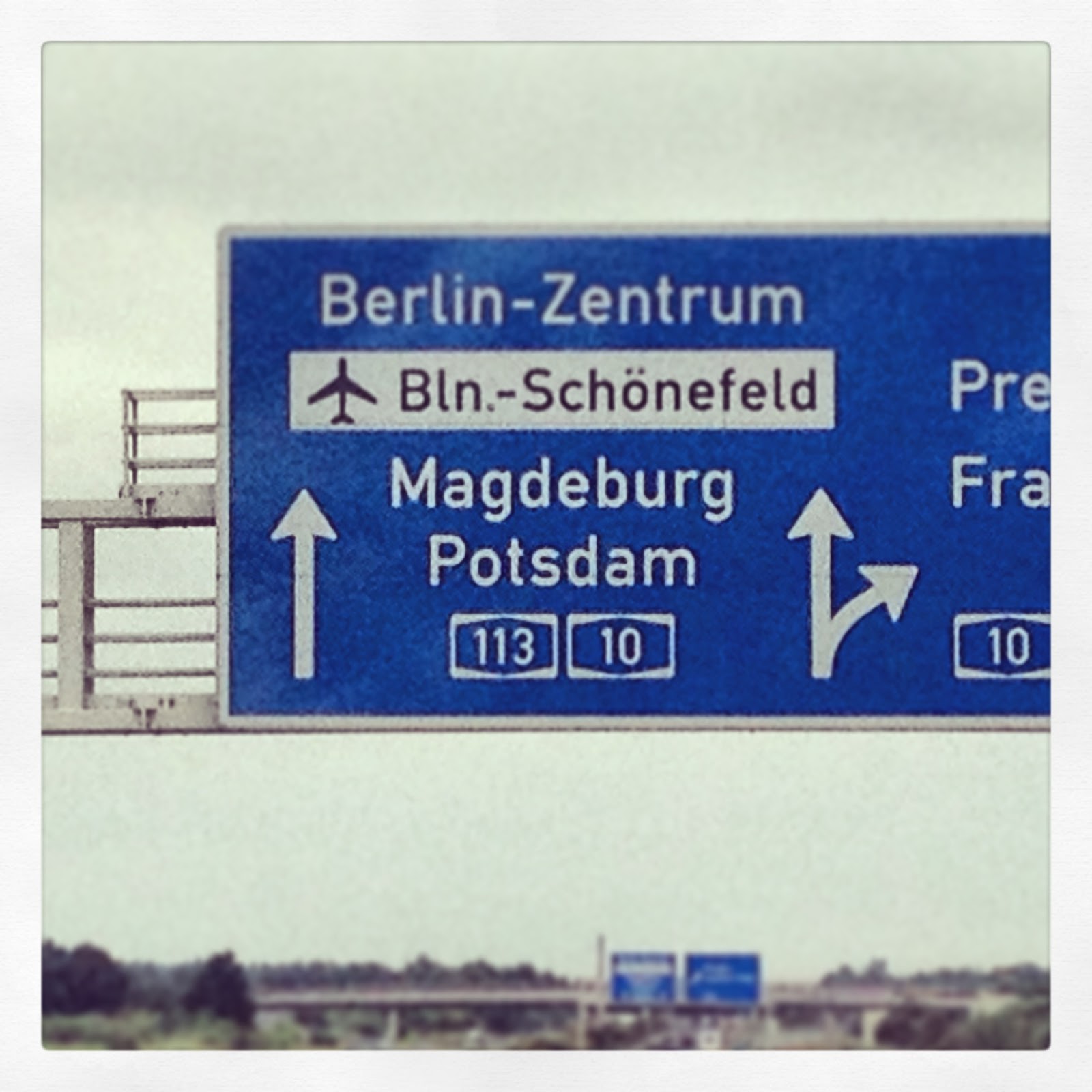 Examples: in the States, we tend towards groomed and grassy knolls that are evenly spaced. The Czechs have small benches next to the well-tended graves, to sit and visit.

The Italians have family mausoleums that are roughly the same size as a small apartment, made of marble. And this tidy little German cemetery was raked in clear lines, with family members included with their kin as extra headstones. 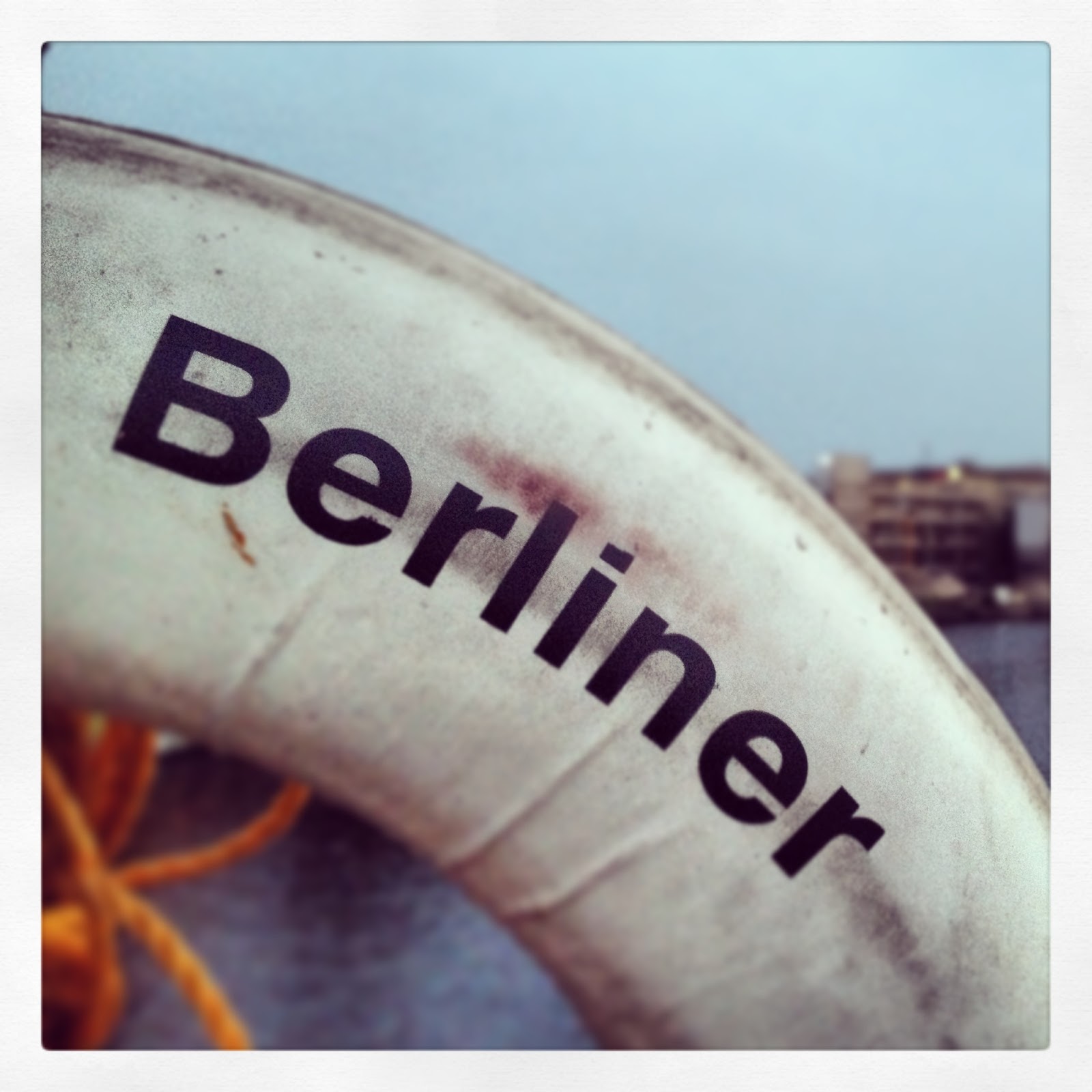 There are so many stories waiting to be discovered in a graveyard. I saw a couple that were born a year apart and died within months of each other, 70 years later.

The children’s quarter had a maternal angel statue overlooking the newborns. The oldest graves served as the walls of the cemetery, some so old no inscription could be readily read.

From the moment of arrival in Berlin, the air felt different. It might sound bizarre, but it felt somehow ‘cleaner’ and more involved than Prague. I’m more than certain our judgment’s slightly clouded by the disappointment we felt about Prague, but on the other hand Berlin is a new*, fresh* city.

We stayed the first day surrounded by weeping willows in a university district next to a river. No one stared at us as if we were usurpers to the area, or gave us the hairy eyeball. It was quiet. Serene.
Our first day became dedicated to replacing Mork’s broken glass, which ended up lasting from about 11a.m.-4p.m. The first place is NOT recommended: Carglass, a huge and well-known firm, quoted us €900 to replace the small window (it included glass, man hours and taxes). We went to at least 3 other places, and it became saner the longer we searched.

We finished with buying glass from one place for €70 and getting it installed at another place for €50. A far cry from a blanket €900, no? Crikey. Simply one of the pitfalls of dealing with extra (atypical) maintenance. 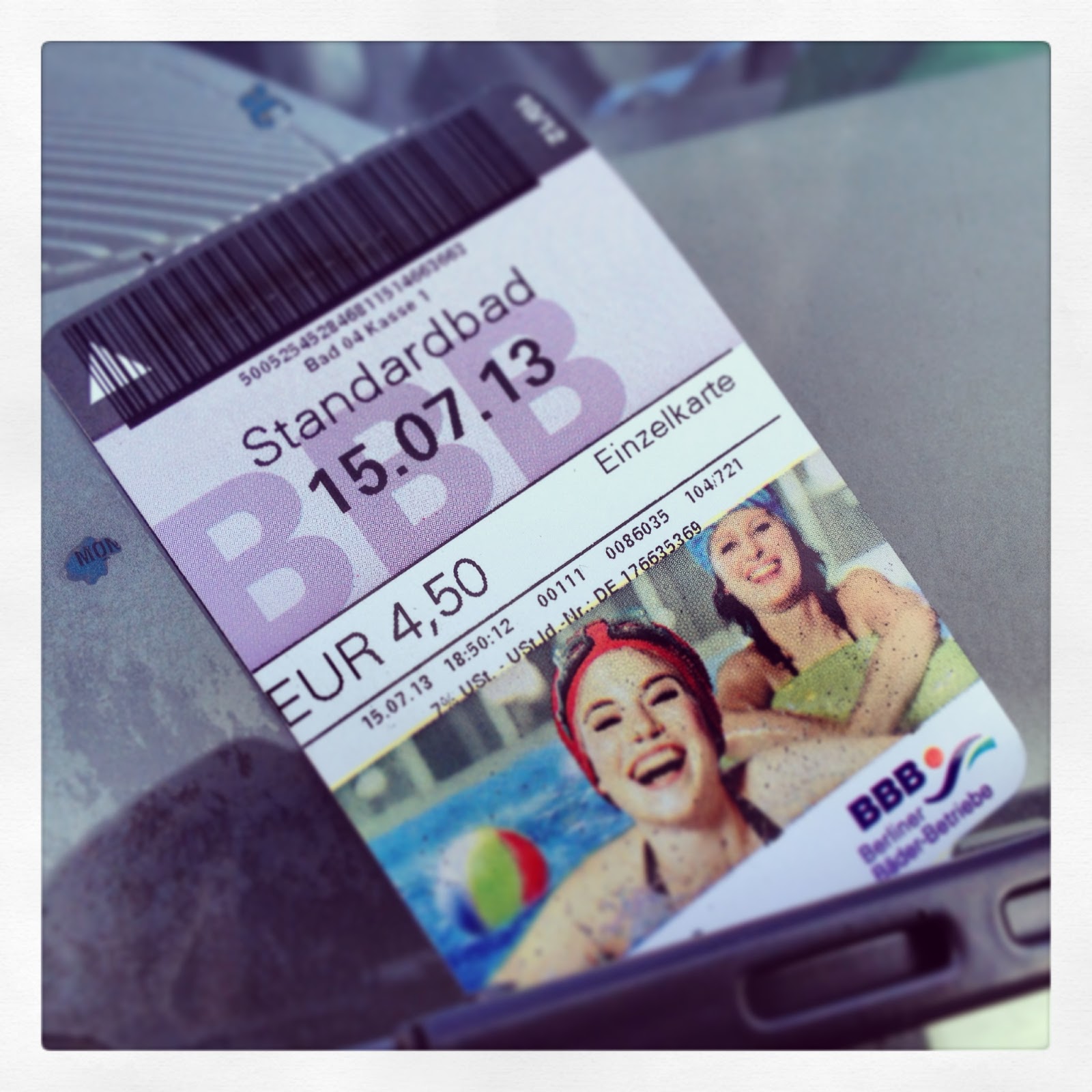 We finished our day with going to a local indoor pool, the Stadtbad Tiergarten. What a difference a swim and a shower makes. Humanity of soul, welcome home. We’d missed you. Ha. We went to an outdoor café for a drink, scrubbed pink and enjoying the sunset. A young boy, possibly 9 or 10 set up a background machine to play his violin to.

One of the Germans at a nearby table called out ‘We don’t need your kind here!’ and ‘Take it somewhere else!’ (Thank you, Ms. Strain, for my German. I may not be fluent any longer but I can still understand- grin). The kid looked at him, gave him an angelic, dimpled grin and started playing.

Armando returned, and I was angry. Probably still Prague residue. The kid was dusky skinned, making him anything. Romany, Bulgarian or Turk- with his papa standing by, proudly filming.

Not that it made a difference, really, but the kid was a brilliant violinist and really added to the café nuance. We tipped him when he finished. 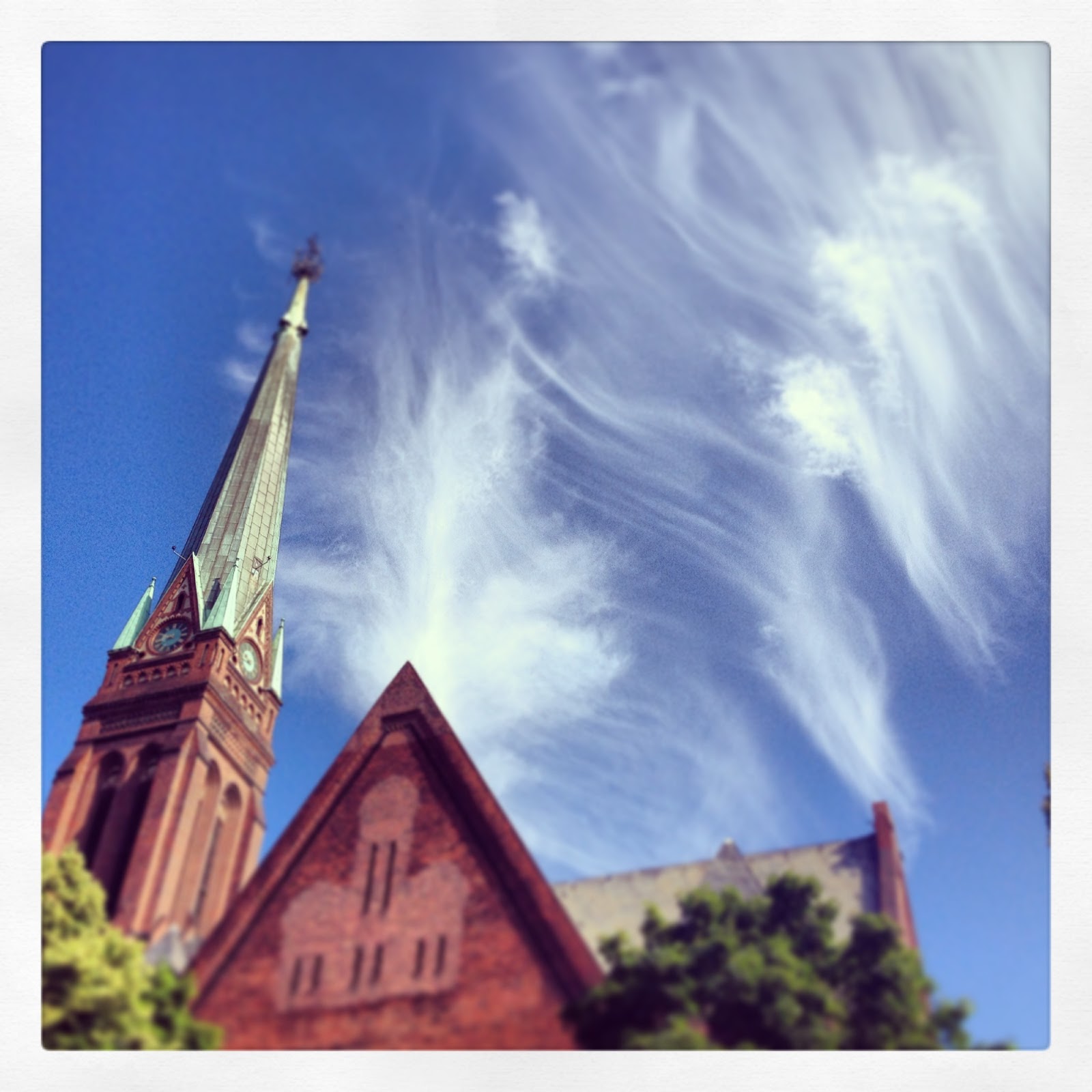 He was brave enough even to approach the catcalling German, who started going off on a racist rant. This is where I become proud: Armando called him on it. He said to the guy “Why do you have to be so rude?” The guy replied “It’s just me,” and shrugged with an offensive smile.
Armando retaliated with “Then you’re an asshole. He’s just a kid- you don’t say that to a kid.” The restaurant broke out into clapping support (seriously, no exaggeration) and finally a few Germans entered the conversation- leaving the fellow to apologize to everyone. Including the kid.
It sounds strange, but it was kind of a perfect ending to a day.

And that, kids, is just our first 24 hours away from Prague and exploring Berlin. I’m hoping to garner and gather many more positive stories from our stay here. Quite honestly, Berlin’s got a great vibe. And it’s already crept up on us and bit us with an affection that we hope to return in spades.

Digital Nomads Never Give Up, We Just Keep On Truckin’

The Czech Republic: Historical (and Some Hysterical) Facts