The hijab is an integral part of any Muslim culture, and from a Western viewpoint it can be easily- badly- judged. It’s something that I’m trying to educate myself on, as a Western woman.

I might consider myself slightly intelligent in some ways, but boy do I know nothing of Islam. And I’m not afraid to admit it freely.

So, for those of you like me: the hijab is the headscarf that most religious Muslim women wear. The parameters according to their beliefs are pretty clear: be modest, only revealing hands, feet or face. 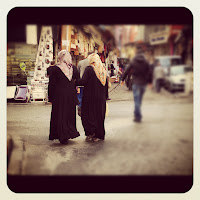 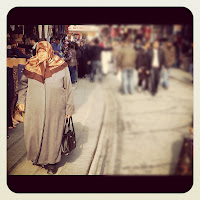 The entire idea is that a woman’s beauty be protected from the outside world of prying eyes.

What I’ve found interesting is the generational and individual choices.

An important thing to remember: the women choose which way that they present themselves. Yes, religion and culture play a part- but the argument for covering up is equally enticing: they don’t get judged on their looks, but their intelligence. Conversation. Wit.

I love that idea. Given the fact that Turkish women are generally stunning and smart, it seems logical. 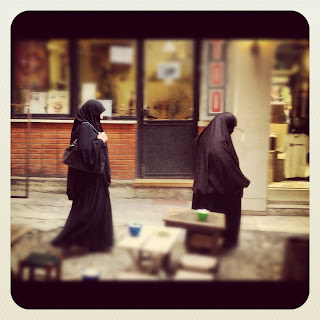 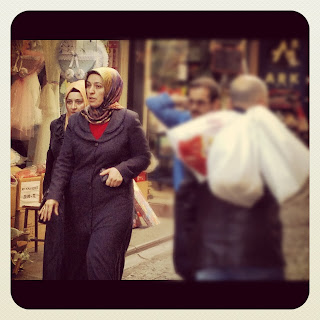 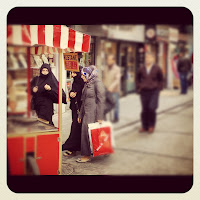 I also love that some Muslim women choose to ‘de-jab,’ as in stop wearing the headscarf, when they want.

I’ve read that it’s usually accompanied with a huge life-change, but it could be for any reason.

The way I figure it is this: sometimes I’m in the mood for retro-vintage, sometimes my baggie jeans. Women here that choose to wear scarves choose them according to mood, too.

There’s no difference between Muslim and Western women in most ways- except those bad hair days, where their scarves let them off the beauty hook. Grin.

(‘Taking Off My Hijab’ is a great insight into the scarf-identity.)
Share on FacebookShare on TwitterShare on Linkedin