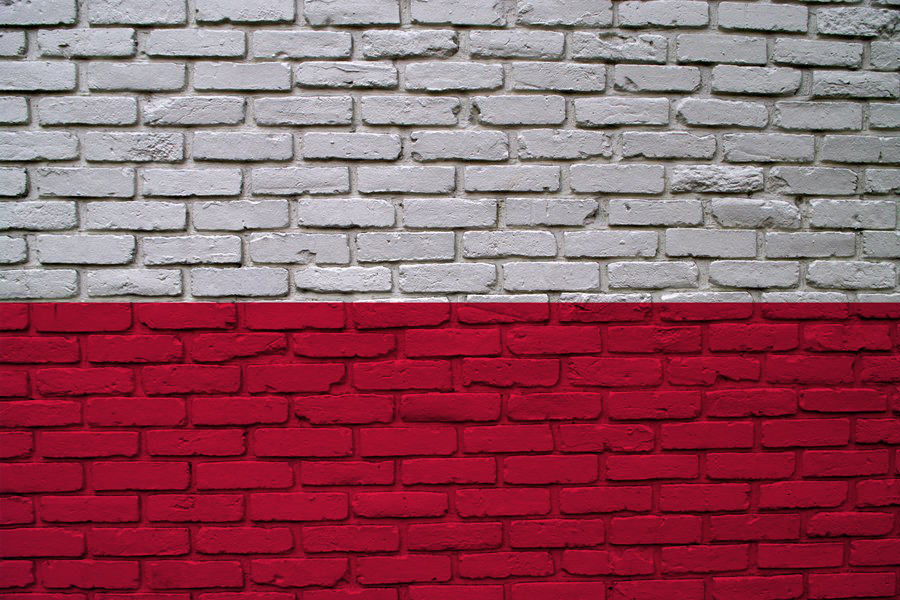 50 or So Peculiar Facts About Poland

Most people think of vodka or the Pope when Poland is mentioned, but the country has so much more to it. Think: Bison; fire jumping; and the Enigma Machine. Very peculiar facts about Poland.

Check out our list of interesting Polish facts- some will surprise you.

Finding facts about Poland isn’t difficult; finding true and peculiar facts about Poland that aren’t copied and pasted is a bit tough. In the end, many of these Polish facts were surprising for us. In a good way. See if you agree?

I’d like to get this out of the way first, because it seems there are a lot of preconceived notions about the Polish that simply aren’t true.

World War II is a sensitive subject in Poland, for good reason. They’ve gotten a bad reputation as somehow being involved or responsible for the concentration camps. No. The truth:

For some reason, there’s the silly idea that Polish people are short. The average: 5’9”.3 for men; one of the tallest Polish basketball players is 7’2”.

Vodka isn’t a Polish invention; the word ‘wodka’ was coined in Poland, but alcohol was actually invented by the Turks. The Russians adopted vodka as their national drink and have been debating with the Poles over it since. (It’s called ‘The Vodka War.’) (Seriously.)

Polish people drink less than many Euro countries. In fact, they come in at #14 or so. After: the French, Czechs, Germans and Danish.

‘Burek’ is not the most common dog’s name in Poland. It’s a general term for dogs. Like ‘Here, Fido!’ or ‘Here, Doggie!’

Polish people come off: cold. Reserved. Miserable. Angry. ‘They don’t smile.’ The same goes for: Czechs, Slovaks, Bulgarians and, I’d assume, Russians. It’s not because they’re not warm or friendly. It’s because:

Bigos, a national Polish dish (‘Hunter’s Stew’), does not give off deadly gas after 3 days of cooking. In fact, you shouldn’t eat it until it’s been cooking for longer than 2 days. Traditionally, it lasted a week or more with extra ingredients added.

I was super disappointed to find out there’s no such thing as a ‘Pope Channel’ on Polish TV. There is, however, a Christian Channel (TV Trwam).

The largest sections in bookshops are about the Pope; Poland has a 45-foot statue of the Pope and the world’s tallest statue of Jesus; and 90% of Polish people identify themselves as Catholics.

But only about 10% consider themselves ‘practicing Catholics.’

(Marzanna is the goddess of death, nightmares and winter) It happens around March 21st and it celebrates the ‘death of winter.’ A straw doll (3-4 feet tall) is decorated with ribbons and thrown into a body of water, thus killing off the cold and welcoming spring.

(I’m just curious- who cleans up the straw dolls after-?)

It’s around June 21st and is sort of a Polish Valentine’s Day. Traditionally, the midsummer solstice was the romantic time of year. On the ‘Feast of St. John the Baptist’ day, men jump over bonfires.

On the same day, women hope for wreaths. Wreaths with candles on one side of the river are floated to the other side; if a woman has one come to her she’ll be lucky in love.

A lot of them echo the same of many countries (ladders, black cats, etc.) but there are a few uniquely Polish superstitions:

The inventor of Esperanto, L.L. Zamenhof, was Polish. The word ‘esperanto’ translates into: ‘one who hopes.’

Casimir Zeglen, a Polish immigrant in Chicago (and a priest), designed the bulletproof vest in 1893. It was made of silk layers and a steel plate.

Catherine the Great was born in Stettin, Prussia, which is now Szczecin, Poland. She went on to rule Russia.

Jerzy Kosinski (one of my all-time favorite authors) was Polish. His book ‘Being There’ was later made into a film.

The ‘father of rocket science,’ Wernher von Braun, was born in what is now called Wyrzysk, Poland.

Frederic Chopin was born near Warsaw in Żelazowa Wola and made his fame in Paris.

So did Madame Marie Curie- the first woman to win the Nobel Prize (in 2 categories/2 sciences, no less) and the University of Paris’ first female professor.

Copernicus, the man who ‘stopped the sun and moved the earth,’ gave the world its first Heliocentric model of the solar system. Most don’t know he was a clergyman and very religious; he wasn’t trying to undermine Catholicism.

Random and Peculiar Facts about Poland

In September, Krakow has an annual Daschund Parade.

The Załuski Library in Warsaw was one of the world’s best, established in 1747.

Poland is known as ‘Lehistan’ by the Turks because of the 3 brother legend: Czech, Lech and Rus (founders of the Czech Republic, Poland and Russia).

Poland has a desert: the Bledow Desert. It’s an oddity in such a lush countryside.

People in Krakow can tell the time by listening for the sound of a bugle. It blows every hour, cut midway in honor of a bugle player who warned of a Tatar invasion and was hit in the throat with an arrow.

Gdansk many times gets confusing, since it’s also called the ‘Gulf of Danzig.’

Poland is super green: there are 23 National Parks and over 1,200 natural reserves. It’s also home to some rare European animals: the lynx; the bison; and the eagle.

Katowice is described as the ‘San Fran’ of Poland and is gay-friendly, which some might find strange in such a Catholic country. How cool is that?

Polish TV used to have (I think it’s changed now-?) a ‘lektor’ for voiceovers of foreign programs and films. That meant: one fella read all of the parts (male and female) with the original audio in the background.

Poland has had several serial killers. 3 shared the title of ‘vampire’ (as in the ‘Zagłębie Vampire’); one was a ‘Gentleman Killer;’ and the most interesting: the Skin Hunters. 4 medical people killed elderly patients to sell information to funeral home directors. Not kidding.

Warsaw’s symbol is a mermaid, according to a legend.

Łódź, Poland is slightly misnamed since it means ‘boat’ and the nearest shore is a 5-hour drive (according to a local).

‘Spoko’ is the slang term in Polish for ‘Take it easy’ or ‘Okay,’ which can help calm down most situations.

We hope you’ve enjoyed our peculiar and interesting facts about Poland.

If we’ve got anything wrong, or if you want to add something more, no worries- just let us know in the comments below!

Northern Poland: From the Seashore to Lakesides and a Bit of Gdansk in Between